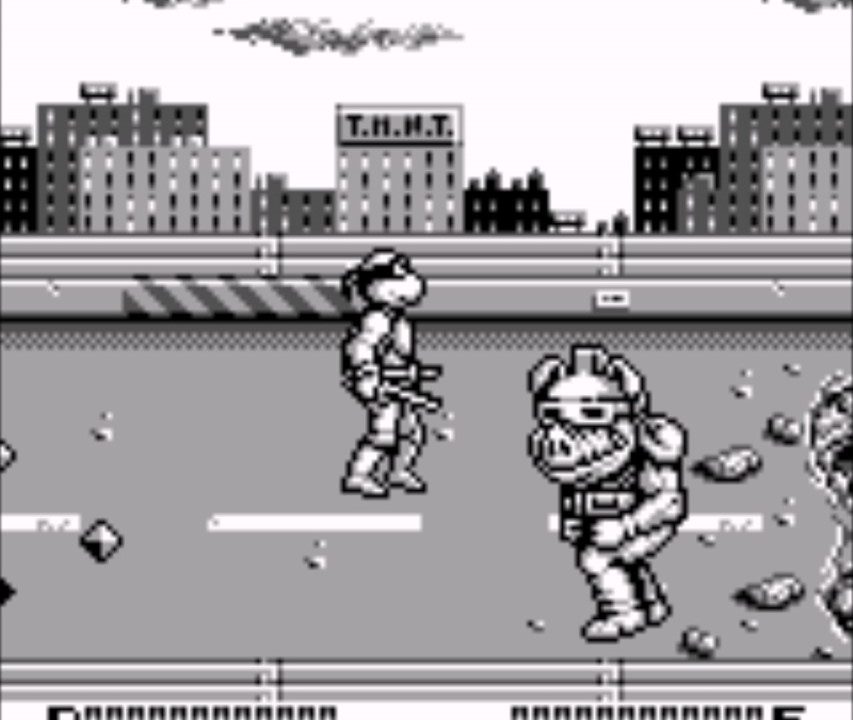 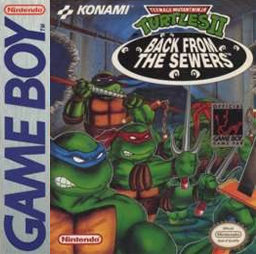 Teenage Mutant Ninja Turtles II: Back from the Sewers

The 1990’s were full of TMNT shovel ware. The Game Boy was the basic dumpster where these titles reside, aimed toward kids on the go with hardware that forced many games to be oversimplified graphically to fit on the small screen.

That’s a harsh representation of this game, which actually builds upon the original Fall of the Foot Clan by upgrading the graphics to an acceptable TV cartoon style.

The only problem is, your turtle has been made bigger on the screen which creates the usual collision detection issues seen in other games: in other words, you can die… a lot.

Of the three TMNT Game Boy titles, this one best represents Konami’s arcade theme used throughout other TMNT titles as well as Marvel Comics and The Simpsons based games. The ability to hang from certain ceiling structures, and move around on the level rather than side-scrolling as seen in the first game, are featured too.

Each turtle has their usual strengths/weaknesses based on range and speed of attack. If you die, the turtle is “captured” and you have the ability to get them back throughout the game. Otherwise you’re basically stuck with four lives and lots of cheap hits/areas as you’d expect that make the short game last a bit longer.

Your list of who’s who as it pertains to TMNT enemies are here: Foot Clan ninjas, mousers, etc. and the bosses are a good mix from the source cartoon show material including Bebop and Rocksteady, Baxter Stockman, General Traag, Granitor (The Stone Warrior), Krang, Shredder and Super Shredder.

I didn’t mind this game that much but could see where it would take a lot of practice to get to the end with your health/life intact. That’s more or less the status quo of 80’s and early 90’s games where cheap gameplay gimmicks are inserted to make the game more difficult: speaking of, there are difficulty settings to make the cheapness even more unfair!

Overall this game hasn’t aged too well and is only a must-play for completionists like myself. Otherwise it’s a fairly boring and uneventful entry into the series. 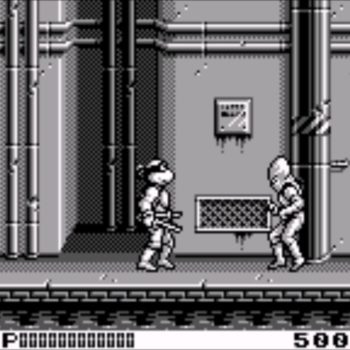 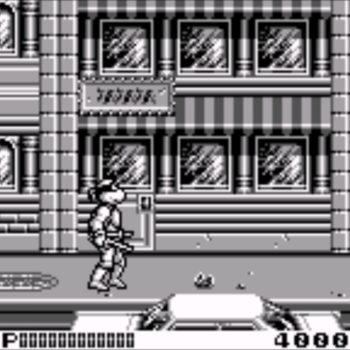 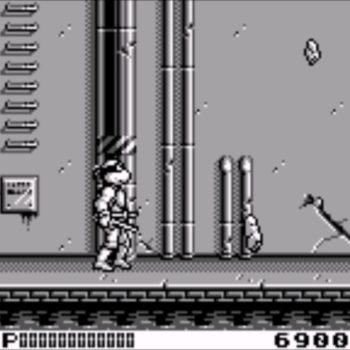 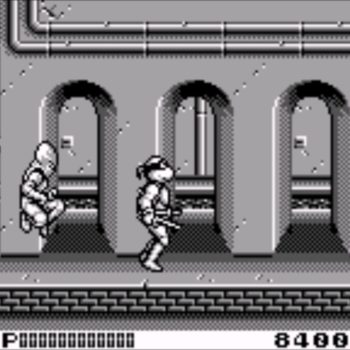 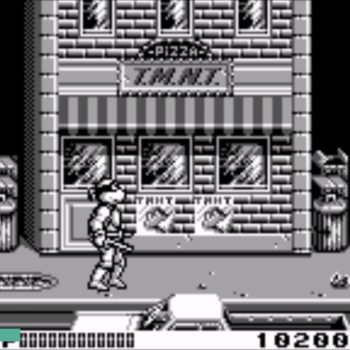 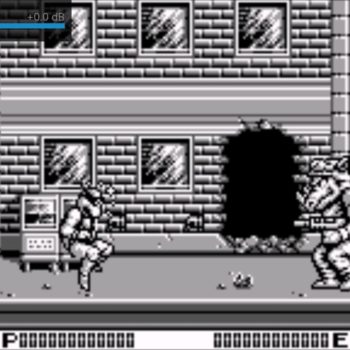 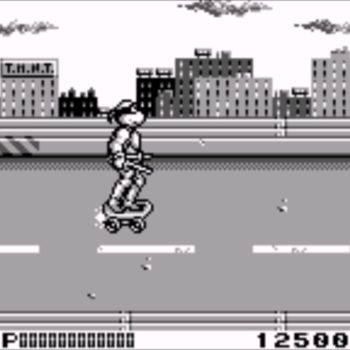 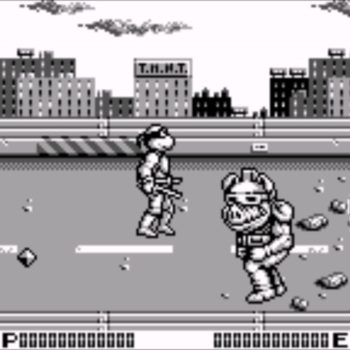 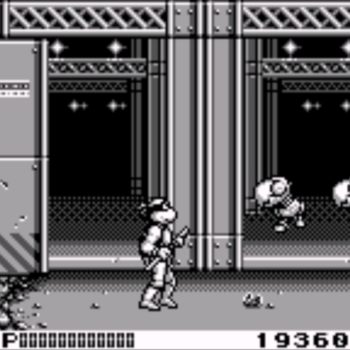 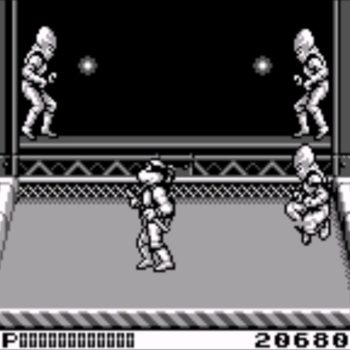 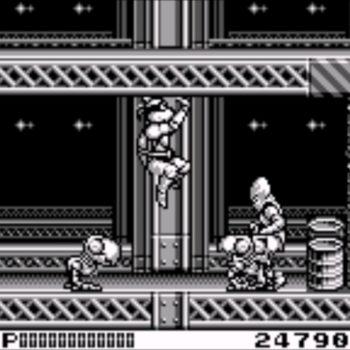 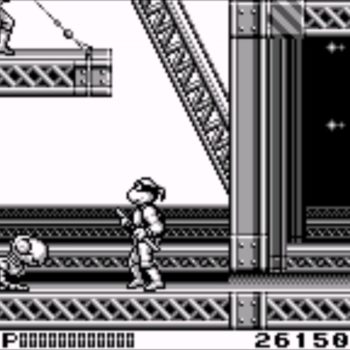 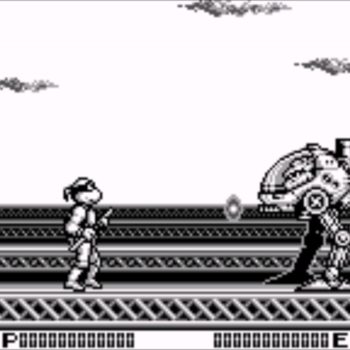 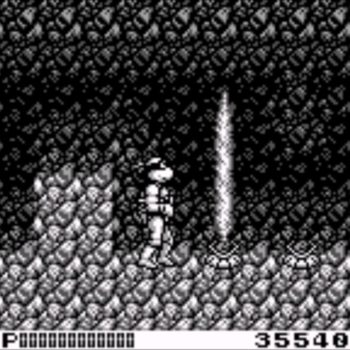 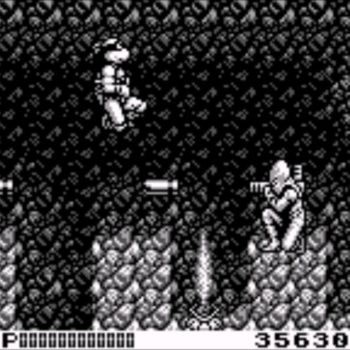 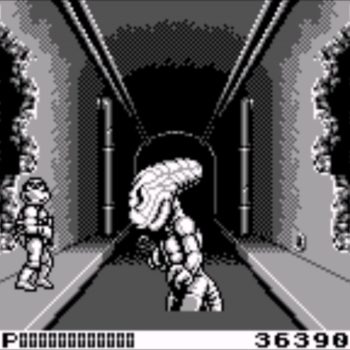 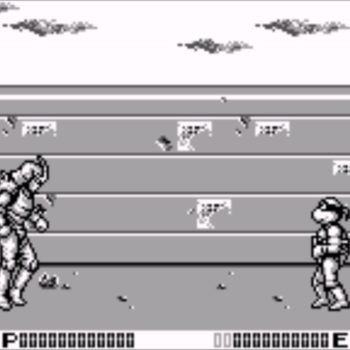 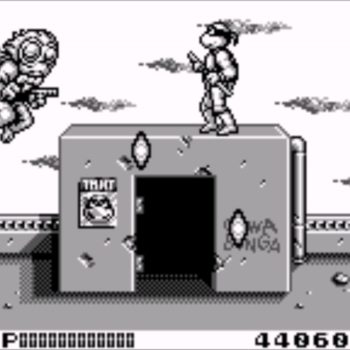 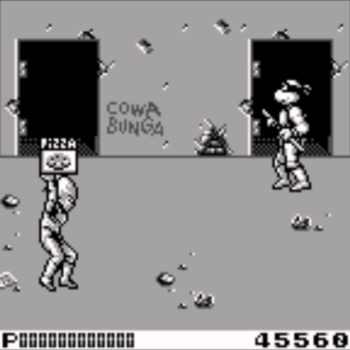 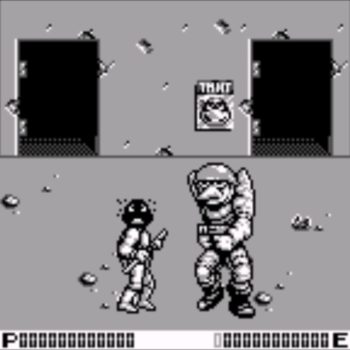 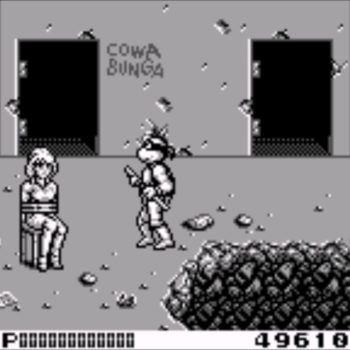 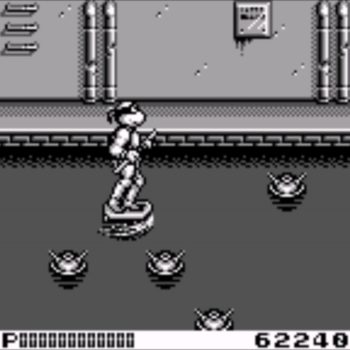 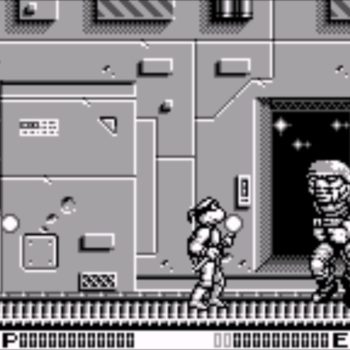 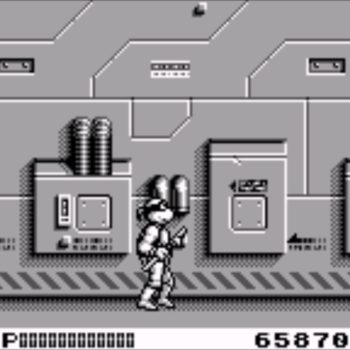 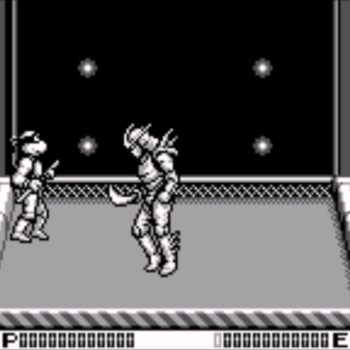 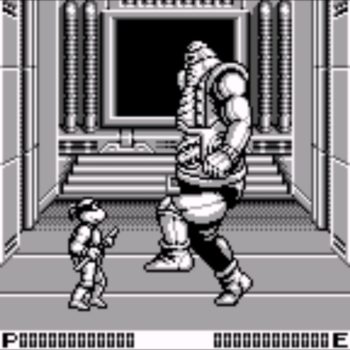