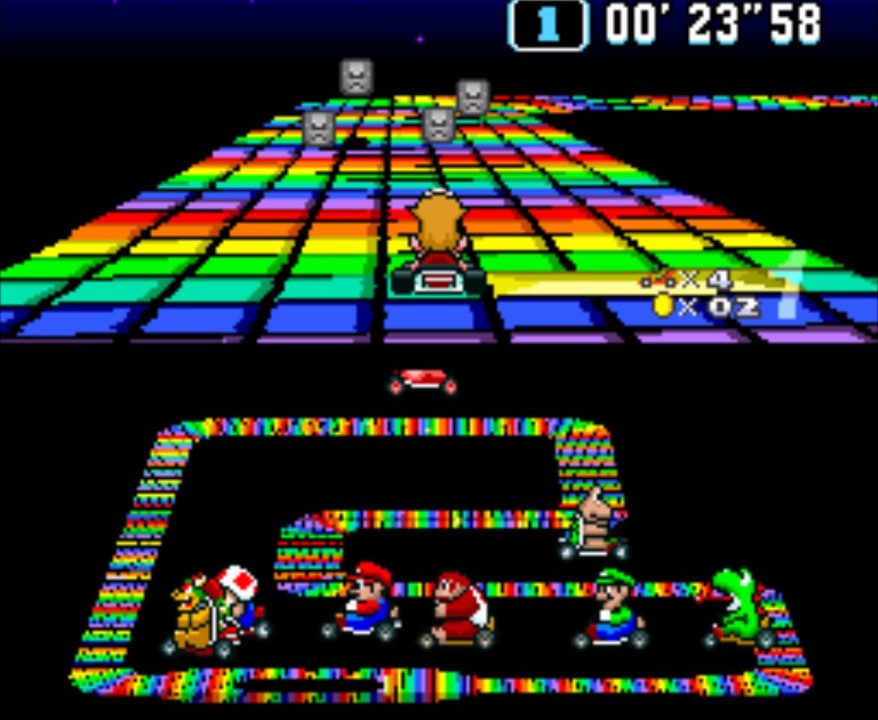 The trendsetter for all “kart” racing games holds up very oddly when reminiscing for this review.

Let’s start with the basics: no one thought a racing game based on Mario characters was ever going to work. Yet it did, and here’s why.

First and foremost, Super Mario Bros. is a beloved franchise with even more beloved characters. Each of the stages, which in this Super Nintendo title there aren’t many (later stages are extended rehashes of the same level, with added elements or driving through them backwards, which is now known as “mirror mode”.)

Yet, those stages had a sort of charm, that when combined with the same Mario-inspired power-ups, added a new dimension to your traditional racing game. It’s akin to bumper cars but within a video game.

So, what issues could I have with this title? If it were 1992, not many. The audio is crisp, the controls, despite using only a D-pad (there were no analog sticks at that time) were tight, the difficulty adjusted appropriately throughout and more.

In fact, this game shouldn’t have even been possible on a 16-bit platform, but thanks to extra processing chips within the SNES, it was groundbreaking. Yet, it’s not exactly the best to go back to. There are some frustrating areas of the game and I attribute much of that to the dated graphics and controls.

Still, for a Super Nintendo era game to accomplish what Super Mario Kart did, as well as establishing an entire new genre of games (and spawning numerous, award-winning sequels) it’s hard to be so down on this game.

Go back, appreciate this for what it was at that time and then move forward to see how each title built upon the previous: because that’s what I’m going to do! 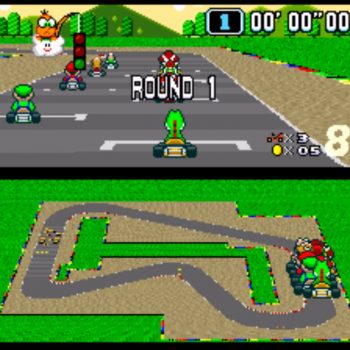 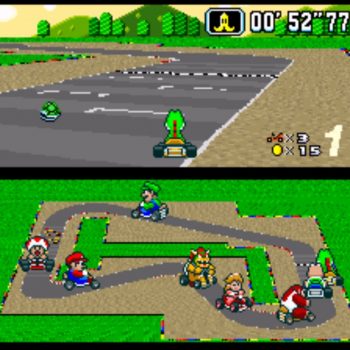 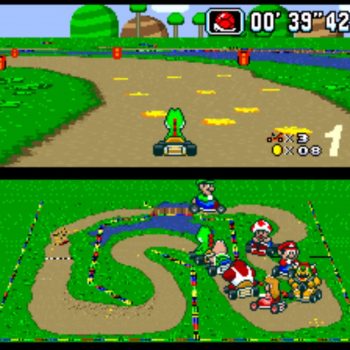 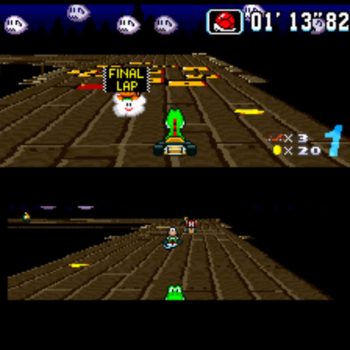 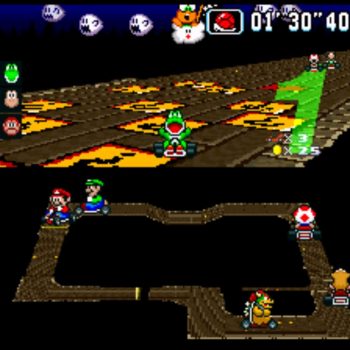 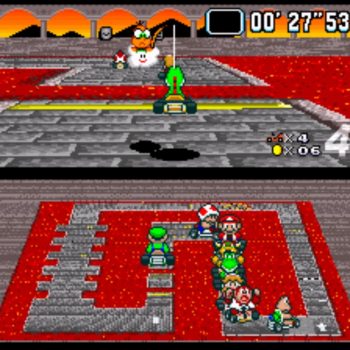 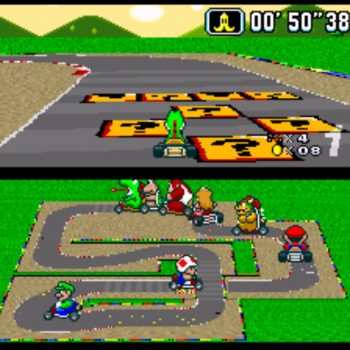 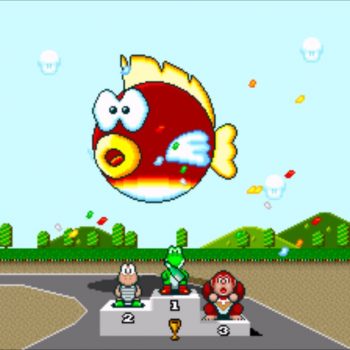 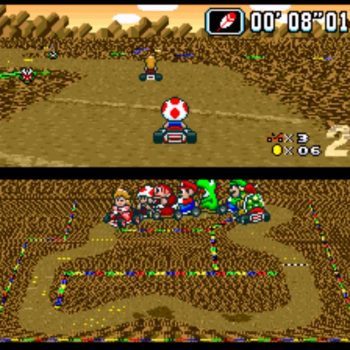 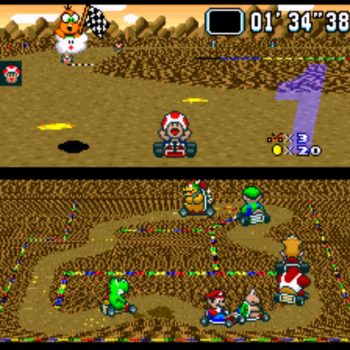 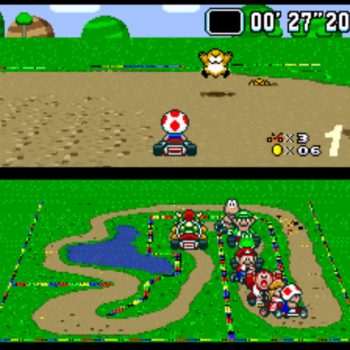 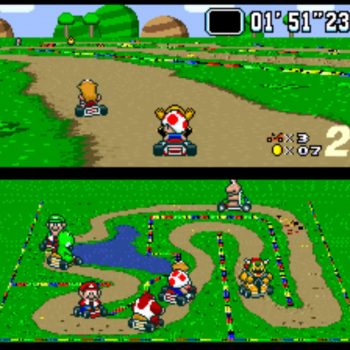 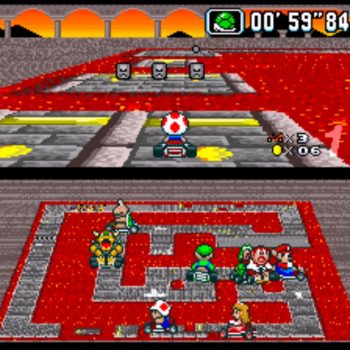 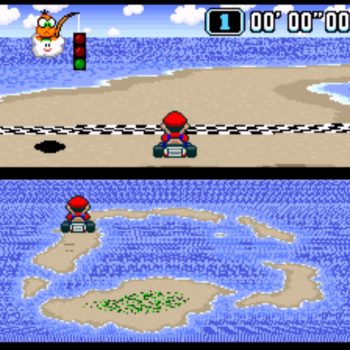 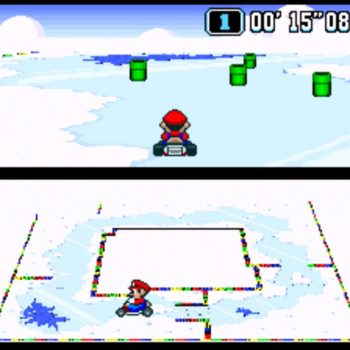 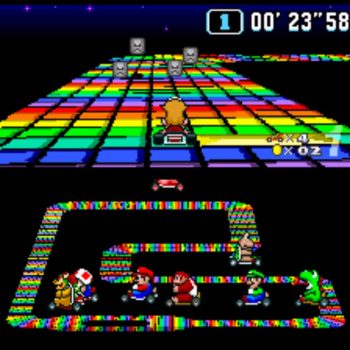 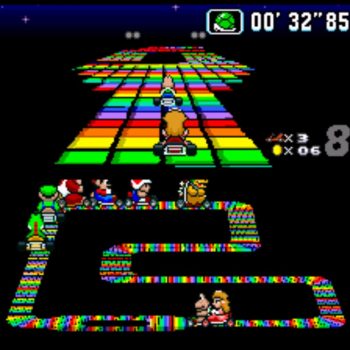