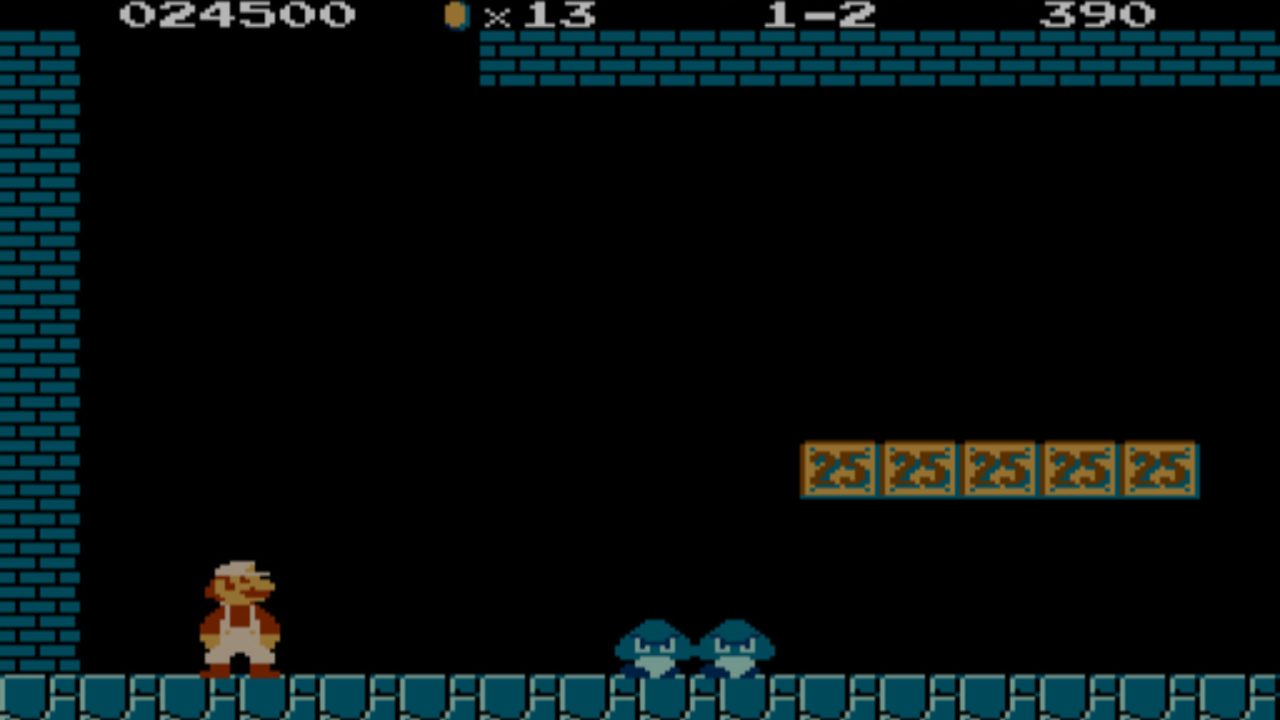 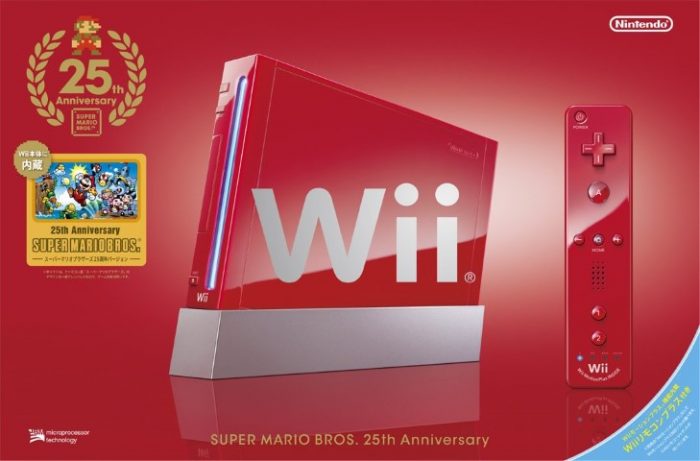 Amidst the Mario mania for our favorite plumber’s 35th anniversary was a loosely celebrated 25th anniversary for Super Mario Bros. some ten years ago on the original Wii.

To celebrate the milestone Nintendo had a special red console released, along with a re-release of the Super Nintendo’s Super Mario All-Stars collection. The 4-in-1 disc included revamped versions of the first three Super Mario Bros. titles as well as the first stateside appearance of the true Super Mario Bros. 2 which was only released in Japan at the time.

In other words, it was the exact same set of games as they appeared on the SNES cartridge version in the 1990’s.

Naturally, there must’ve been more for the big guy’s birthday, right?

Well, there was a game music compilation CD and a booklet which came with the above physical game release – and this Wii Virtual Console release celebrating the big two-five.

That seems really exciting doesn’t it? Back then it did, and looking back now, after getting a taste of Mario 35 on the Nintendo Switch, retro gamers must be thinking “wow, I need to play Mario 25 now!”

Well, sorry to let you down (as I have a habit of doing sometimes) but the reason I haven’t mentioned much about this game is that there’s not much that was changed or updated to make this much of a special release to play.

It’s Super Mario Bros., with a new date added to the copyright on the title screen and “?” blocks replaced with “25” in them instead.

The only other noticeable tweak is Princess Peach, who upon completion of the game adds another line about pressing “B” to choose your world on the menu screen – you can go straight to the first level of any of the eight worlds, but in the “second quest” or whatever its called when you beat the NES version and everything changes to hyper speed with buzzy beetles in place of goombas.

Actually, that part isn’t too shabby, but I imagine it was included somewhere else in the history of Mario – and its especially underwhelming for those of us who have used cheats or save states to do the same thing in the past.

For someone playing on the Wii?

My guess is if you wanted your SMB fix, then you would’ve already purchased the unadulterated version from the Virtual Console shop, which was a release day title anyway.

Don’t get me wrong: this is still Mario. The controls are tight, and the translation to play a bit more of the levels on a wider screen, but not so much as to ruin the original experience, totally works. It’s a good port.

However, this game was nothing special other than the swapped “25” blocks; essentially something a game hacker could’ve done with a little bit of extra time on their hands.

Check it out at your own risk. 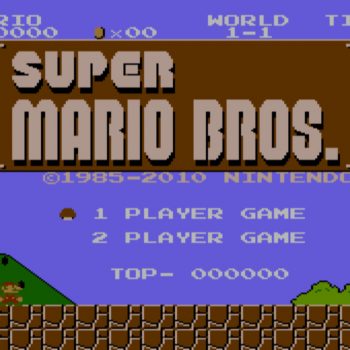 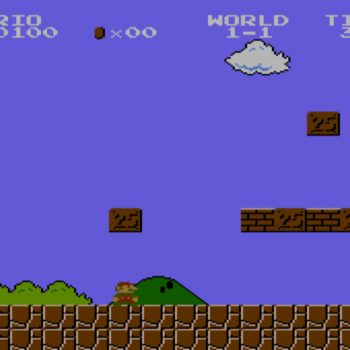 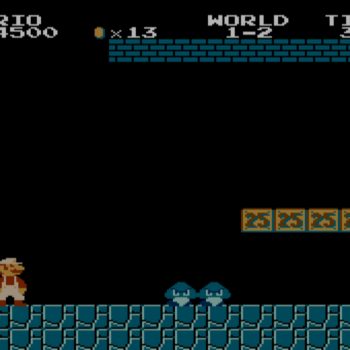 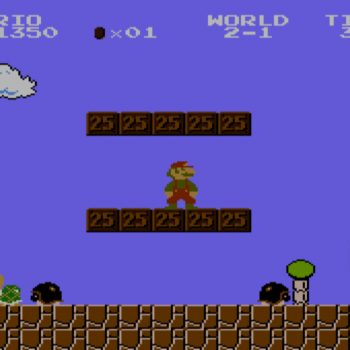 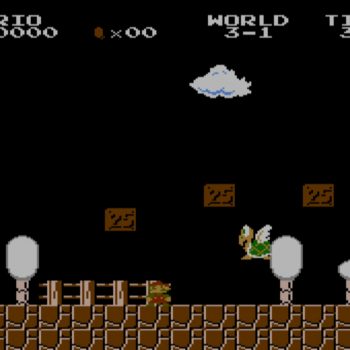 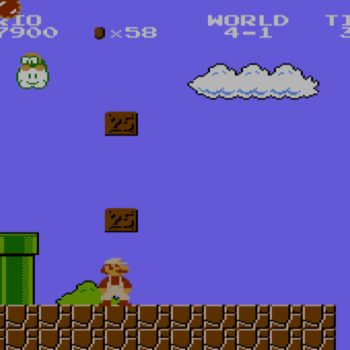 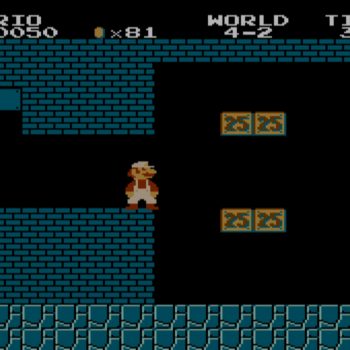 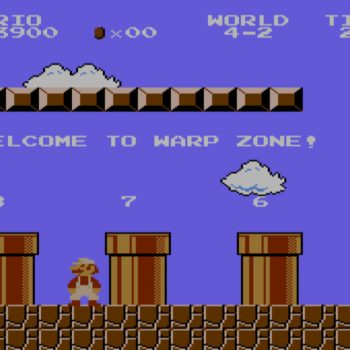 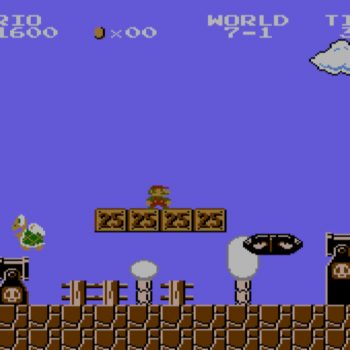 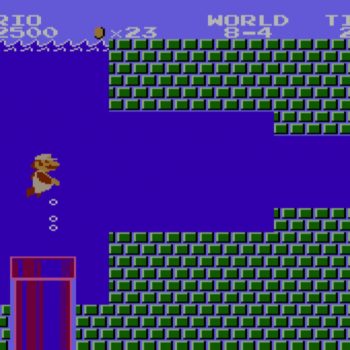 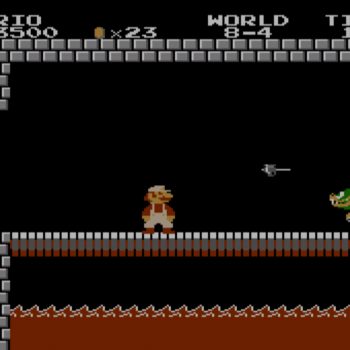 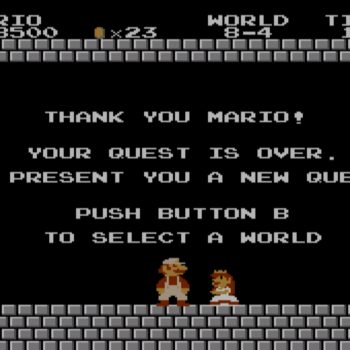