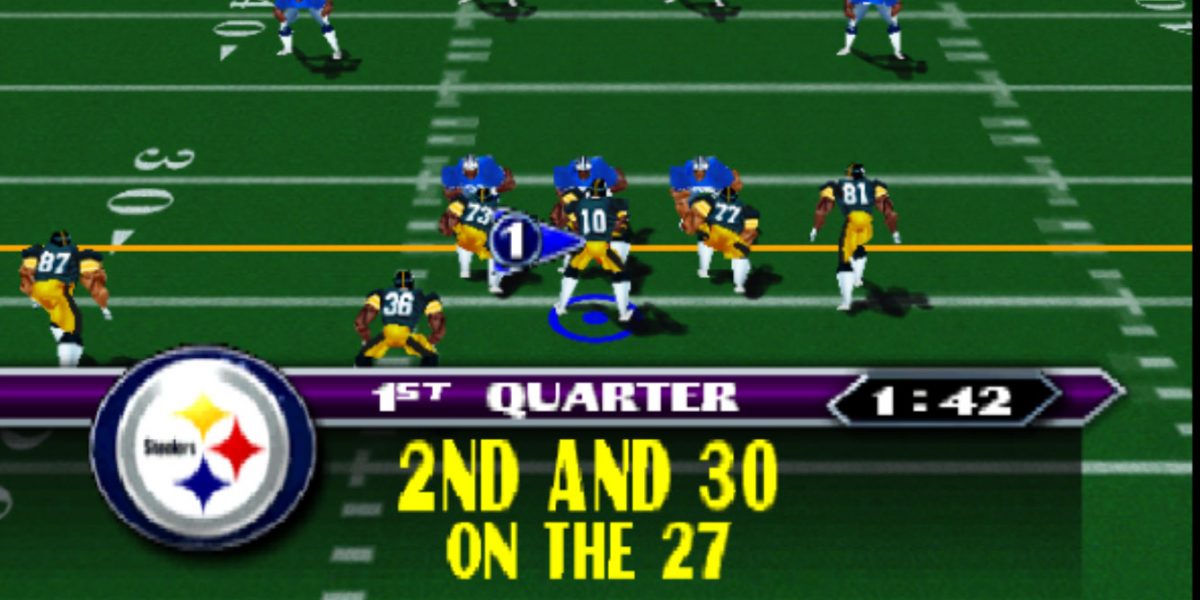 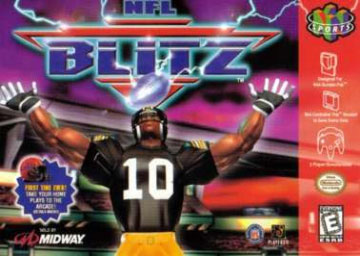 What a departure from discussing realism in football games is NFL Blitz!

While partaking in reviewing other 8-bit and 16-bit football games for their lifelike shots at being a legit simulation, Blitz forgoes everything to bring an NBA Jam arcade style title to the gridiron.

Originally released for arcades, Blitz would first grace the Nintendo 64 and PlayStation in the late 90’s. I remember pumping quarters into this game (I believe it was 50 cents to start and 25 cents to continue each quarter). You could get in some real dust-ups in the arcade and that fun was brought home.

I particularly enjoy reviewing the N64 version, because I felt the graphics were crisper, the loading times don’t suck (disc vs. cartridge) compared to the PSX. But the main reason is the controls: the N64 controller was just so unique at the time with its analog stick that it better replicated the arcade experience.

(Sony had come out with the Dual Analog and the Dual Shock in 1997, but it wasn’t yet commonplace and/or packed with the PlayStation yet.)

Also, the Z-button for turbo, tucked under the analog stick on the middle “trident” and the larger B and A buttons were all the more you needed to enjoy some “football”.

Well, it was 7-on-7 action, with some random players on each team who didn’t always do as their position suggests. Quarterbacks threw the ball, but so do wide receivers and running backs. You have some offensive linemen, but they too can catch the ball and, well, sort of run – slowly that is!

Trick plays and more were part of the a simplified fast-paced game which prided itself on having virtually no rules. Illegal hits and pass interference are encouraged during the two-minute quarters – which also allow for no timeouts. The clock will stop after each play, and the limited playbook still allowed for flipping the play and other wiggle room.

I often found myself scrambling with my QB, especially when using the versatile “Slash” Kordell Stewart, a hybrid player of Pittsburgh Steelers fame who was the cover athlete for the first entry into this series.

On fourth down if you are close enough to field goal range you could almost always get an automatic three points. Ditto for extra point attempts, though each had a rare occasion of the CPU cheating and you “miss” the kicks.

First downs required 30 yards to gain rather than the realistic 10, which led to players taking greater risks and turnovers being commonplace.

The playbook isn’t very extensive and that part could get monotonous, though the home version included a “play editor” and of course, a “season mode” to keep your interest from waning.

The animations show defenders using WWE-style body slams to drill opponents into the ground, with sound bytes and grunts accentuating the hard hits. Violence, as well as sex (see the cheerleader shot below) show you the landscape of being a teenager growing up in the 90’s.

The game sounds confusing and awful when compared with the Madden series, particularly to the present day. However, it’s a virtual blast and even more fun to play against a human opponent. The original Blitz also boasts a who’s who lineup of classic NFL players who were still active in that era, such as Steve Young, Barry Sanders, Brett Favre, Emmitt Smith, Thurman Thomas, Randy Moss, Dan Marino and many more.

That adds to the nostalgia of this retro title which is definitely one football fans will get a kick out of! 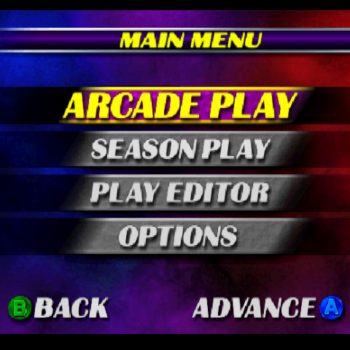 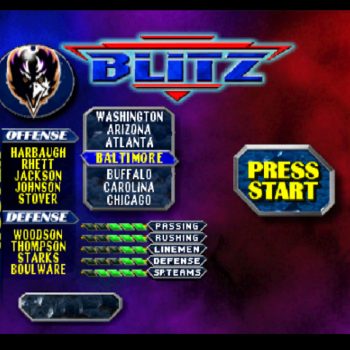 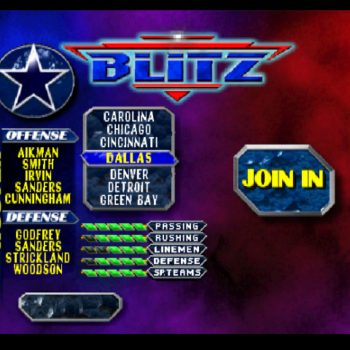 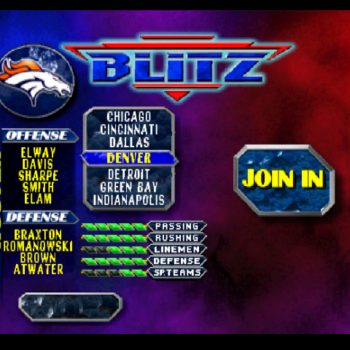 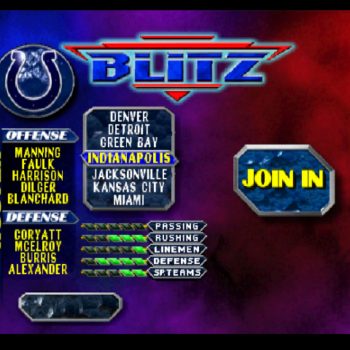 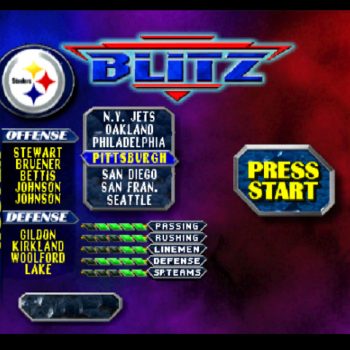 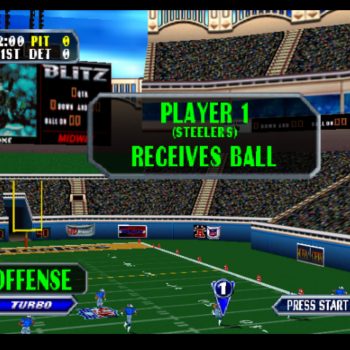 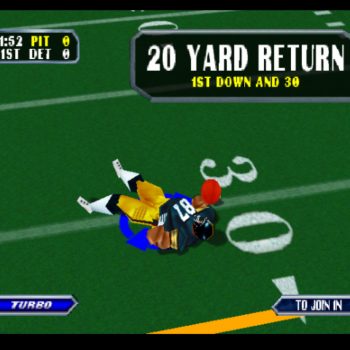 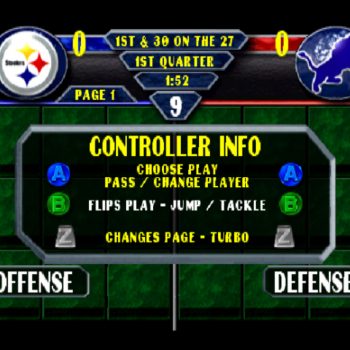 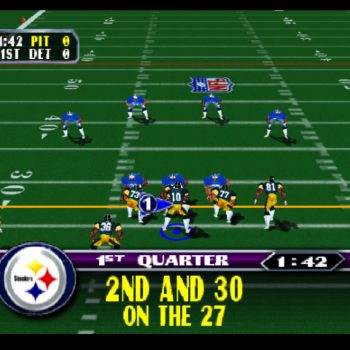 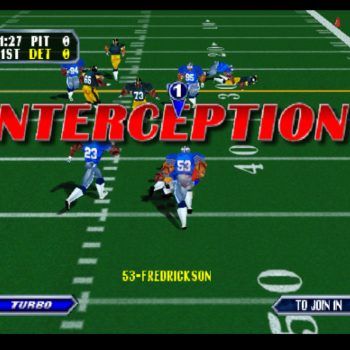 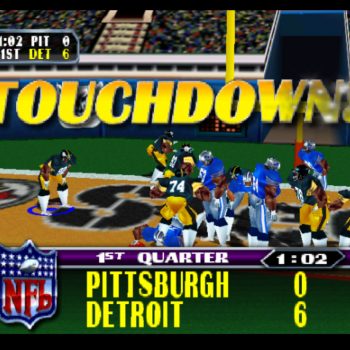 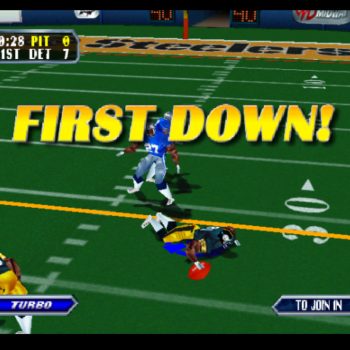 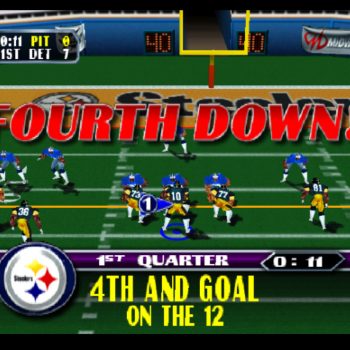 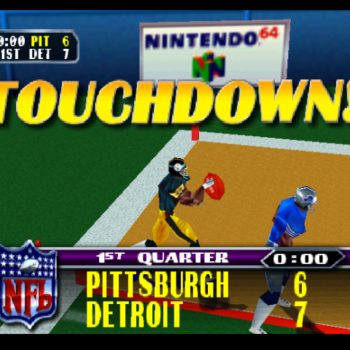 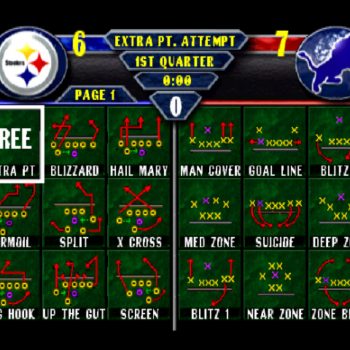 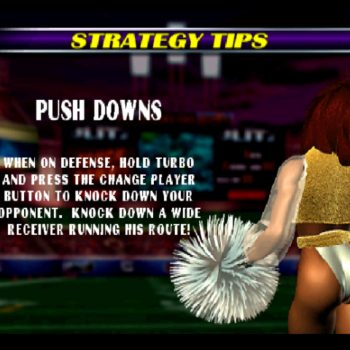 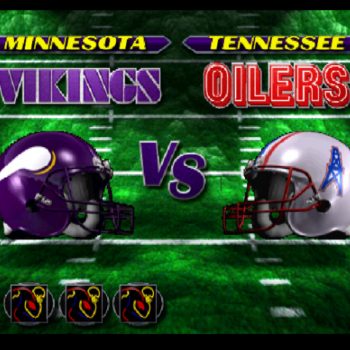 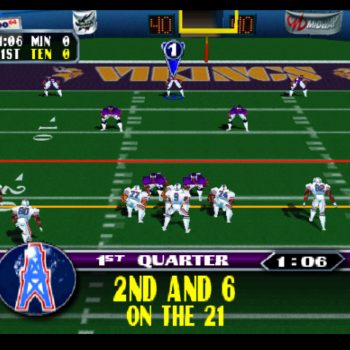 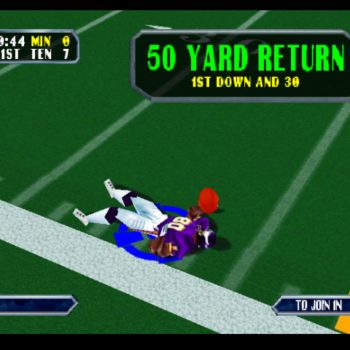 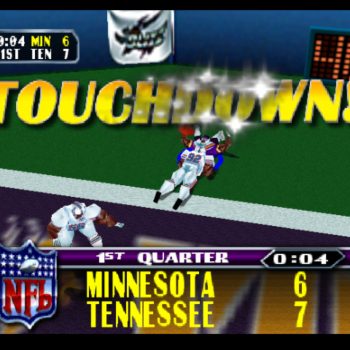