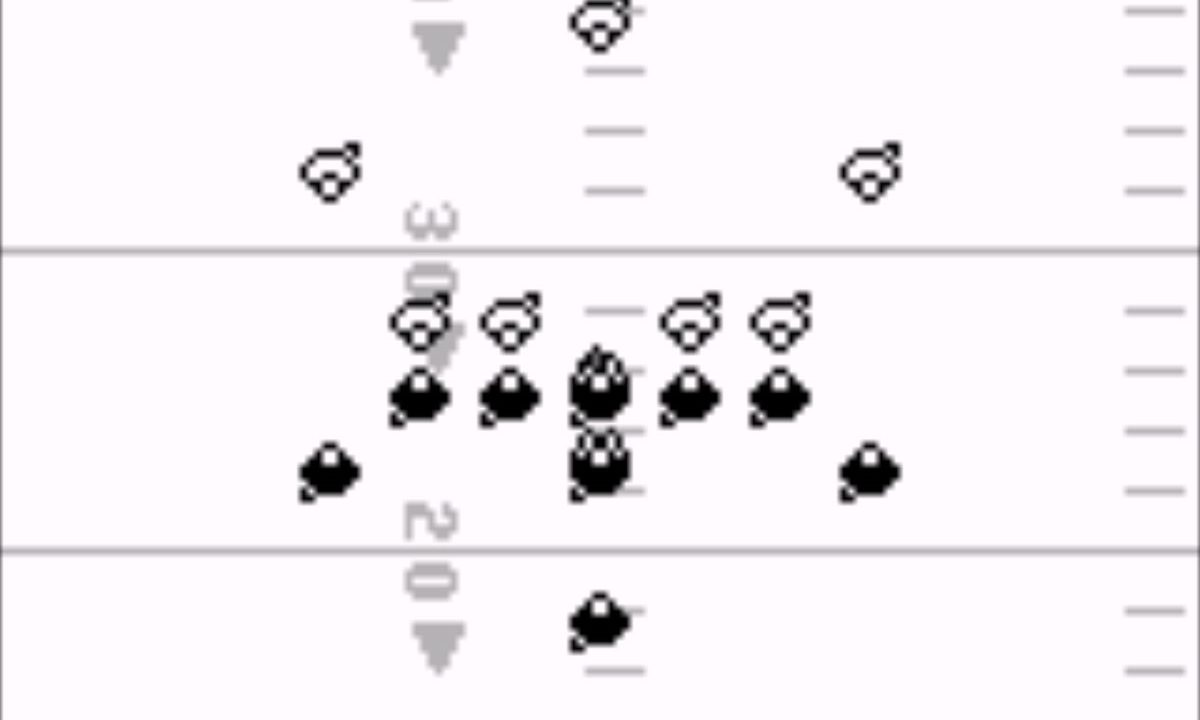 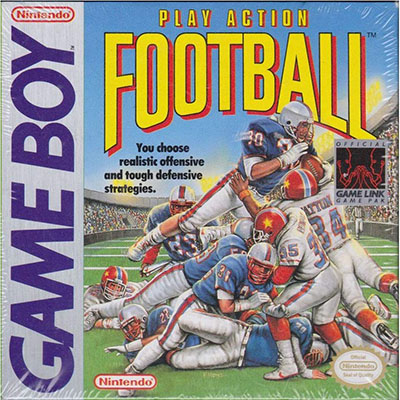 I can’t believe I spent as much time with this title as I did as a kid. I suppose that’s the price you paid for limited technology on the go in the early 90’s…

The first omission is obvious: unlike on the NES, there are no real football players in the Game Boy version. Like it’s bigger brother, it lacks the NFL license and the eight teams to choose from are loosely based on real franchises at the time. Yet, with no player union license, there isn’t even a reference to fake names let alone jersey numbers or any stats whatsoever.

I lauded the NES version for fitting a true 11-on-11 football simulation on the screen. However, the severely underpowered Game Boy could only get us 9-on-9 with a view much like Sega’s NFL Sports Talk Football’s (horrible) blimp view. Even with only nine per side and the dots on screen barely representing players, the game moves at a snail’s pace with the occasional framerate stutter.

Again, how did I play this as a kid?

Well you start with choosing if you’re playing against the computer or a friend, or with a friend on the same team against the CPU (all possible via the game link cable). There’s a “playoff mode” which gives you some semblance of each game meaning something but not a full season – and also continuing via a password input system that wasn’t all too uncommon at the time.

The next screen has you choose between four levels of computer difficulty. Don’t worry, the easiest (Level 1) will suffice the hell you are about to witness attempting to play “football”.

Pick your team and your off to kickoff, which makes the tiny overhead view even smaller (if you can imagine that!)

On offense and defense you have a total of eight plays which include obvious special teams situations with a field goal or punt option. Like the NES version, I think that you blitz on defense if you choose the offense’s play correctly. (i.e. your play choice of “up arrow” is the same as the opponent.)

Playing the game beyond this point presents a challenge. While the NES somehow made things work with only a B and A button (often using select or a combo of keys in coordination to play calling, etc.) the Game Boy version makes it tough to simply switch players and you’ll often find yourself diving on defense, taking your player out of the play and losing key yards.

On offense, pass plays develop in super slow motion as you control the quarterback, then switch to the receiver who must be on the exact spot necessary to make the “catch” from a thrown football that sounds like a dive bomb.

Nothing that represents football.

Be prepared for lots of 3-and-outs, the same repetitive soundtrack loop (like 5-6s loop) and some static hiss as your “crowd noise” effect. Oh, and a very monotone referee whistle.

Unlike most of the football games I’ve reviewed, this is a true pass for even diehard retro gamers and/or football fans. 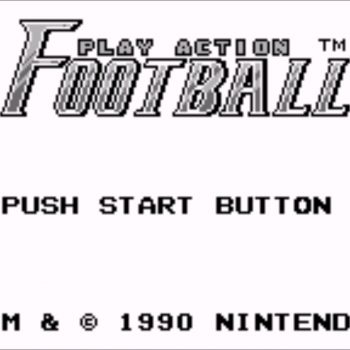 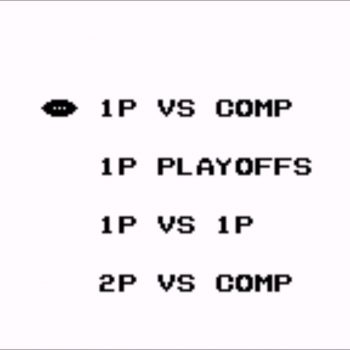 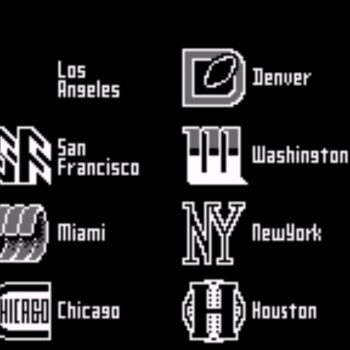 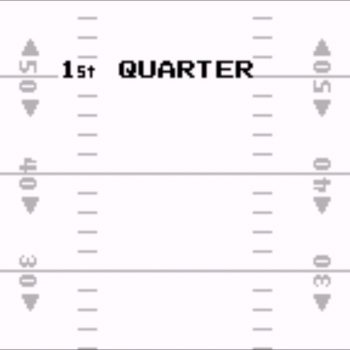 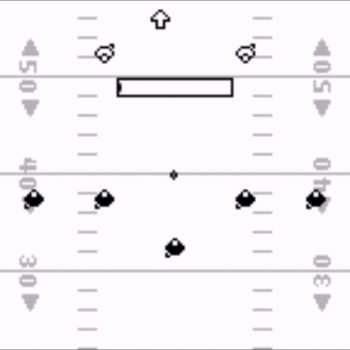 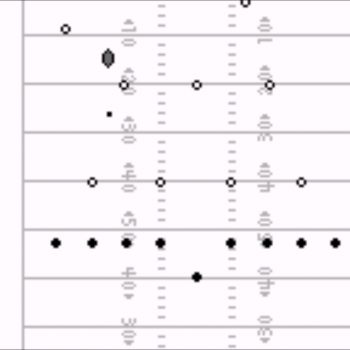 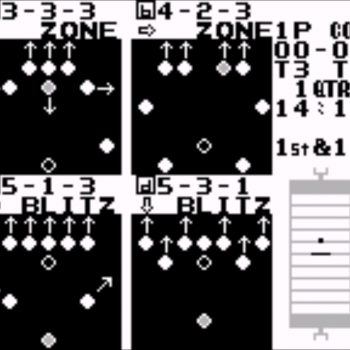 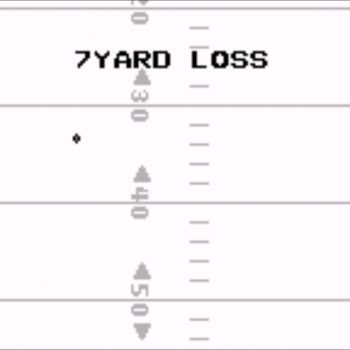 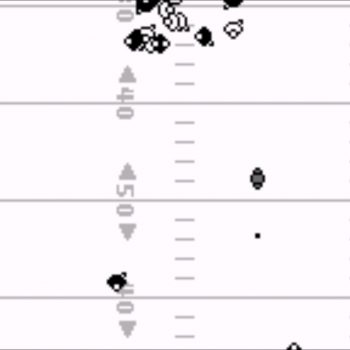 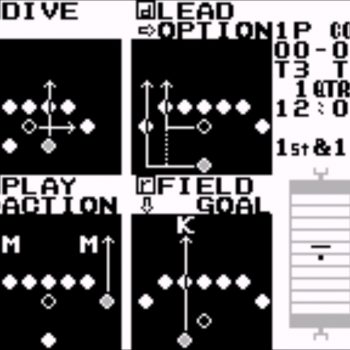 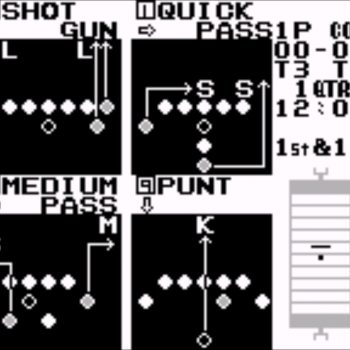 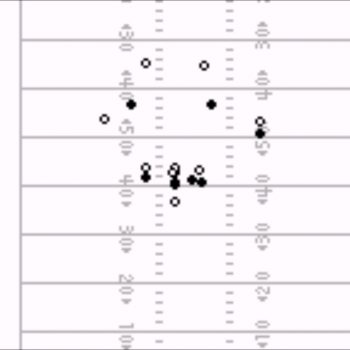 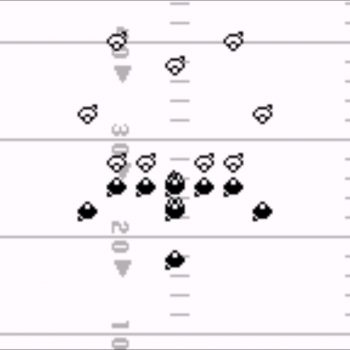 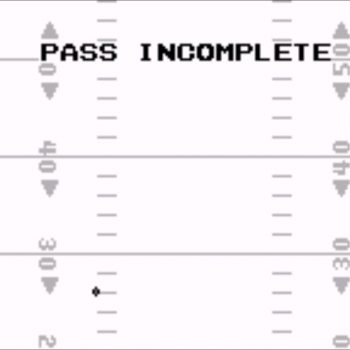