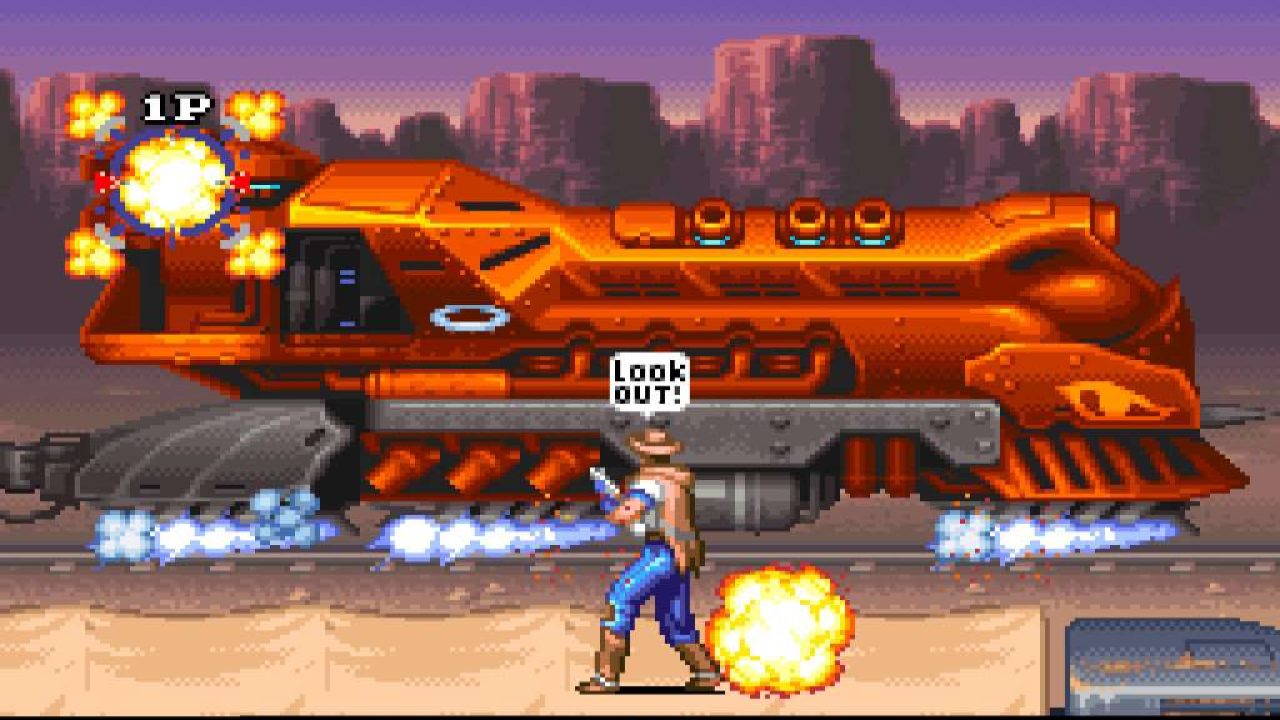 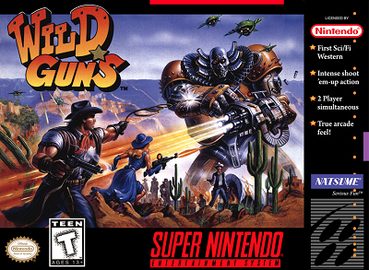 There’s a fascination with this game that probably exists with nostalgia: because I’m having none of it.

Let’s talk about Wild Guns, a shooter game that’s a bit different than your usual run-of-the-mill variety. If you can think of the Contra levels in which you face the backs of the main characters, shooting into the enemies, then that’s the crux of Wild Guns, a difficult game in its own right that has gathered a cult following.

Graphically, there’s no complaints about this game whatsoever. The Super Nintendo’s Mode 7 abilities are on full display, as sprites move around in ways you couldn’t fathom prior to seeing this title.

There’s enough variety to make the game not so repetitive, although it is a button masher at best.

My frustration lies with how easy it is to die – as well as some of the control aspects.

To start, you control either of two characters, Annie or Clint. Then the fun begins.

With the D-pad – yeah, that’s part of the issue here – you move a target cursor around the screen to aim and shoot at enemies all over the place. You must also dodge gunfire and the occasional opponent that shows up in the foreground trying to stab you. (A real PITA if I must say so.)

Like other shooters, there are different guns you obtain which increase rate of fire or the power/effectiveness of each shot. There’s also a bomb which nukes the entire screen of enemies.

Hitting enemies charges a Vulcan gun meter, which is the “God mode” gun of sorts and makes you invincible for a short period of time before the meter depletes.

This probably all sounds cool, and the game looks and sounds great. However, moving and shooting at the same time isn’t possible – and almost feels foreign until you get the hang of it.

The problem is, the game is so fast-paced, you may never get an opportunity to get the hang of it!

And that is my main frustration with Wild Guns.

I threw on some cheats to see how the game plays out, and today’s kids would be hella bored with it. However, for those who like to spot patterns and achieve repetition, this is definitely your thing.

I just wish they also would’ve ditched the damn timer – which somehow brings back painful memories of Ninja Gaiden.

I suppose without the ability to suck quarters, as this game rightfully would’ve slayed as an arcade cabinet with light guns, they had to add the darn clock anyway.

Regardless, don’t let me spoil your fun. While Wild Guns isn’t my current cup of tea, it’s a personal distaste that drops it from a thumb up – and it’s nowhere near deserving of a thumbs down either. Check it out! 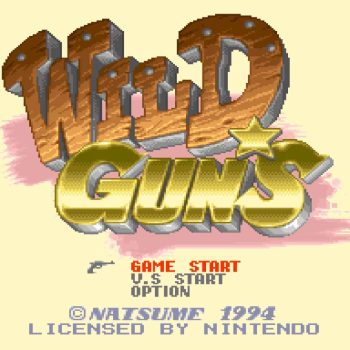 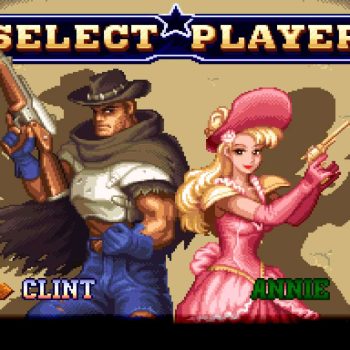 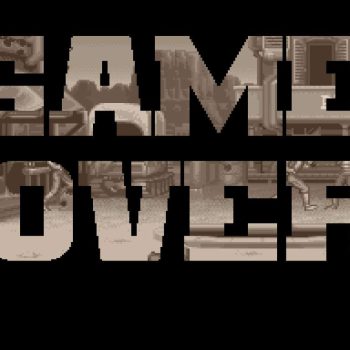 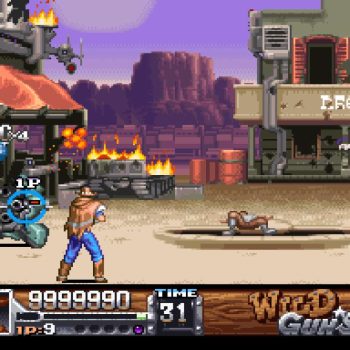 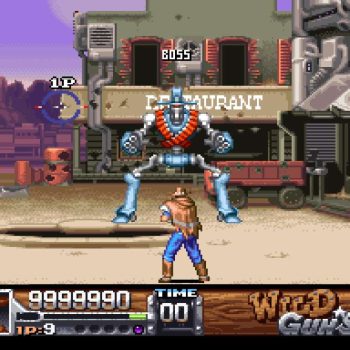 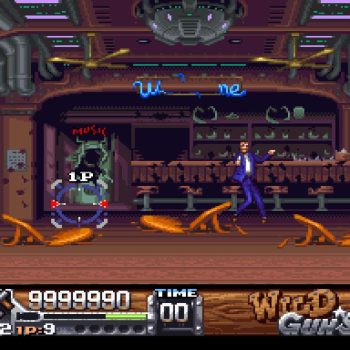 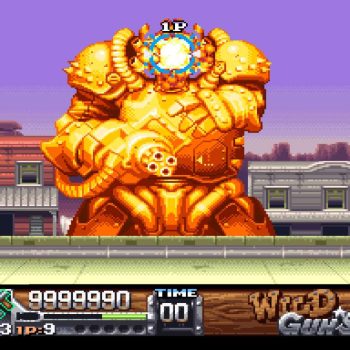 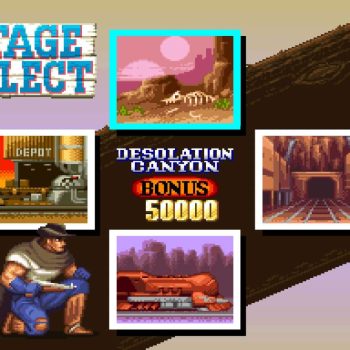 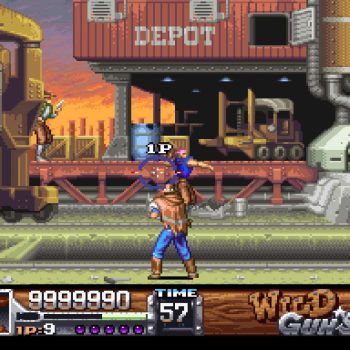 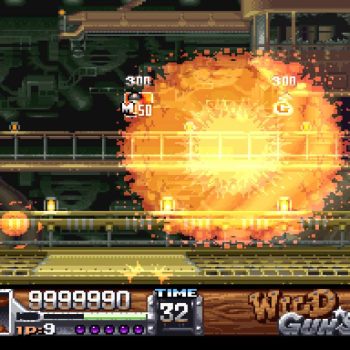 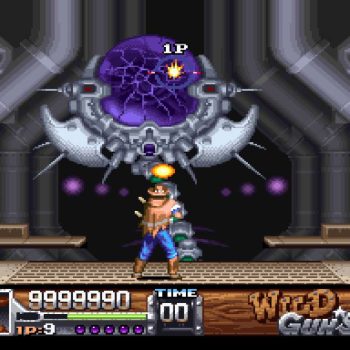 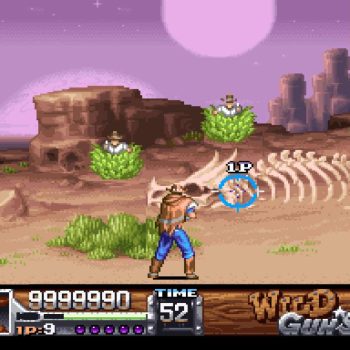 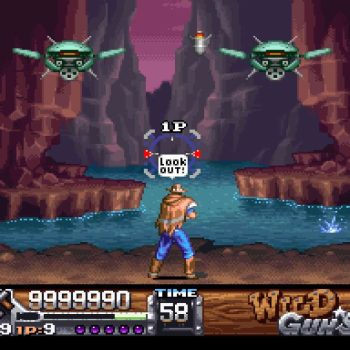 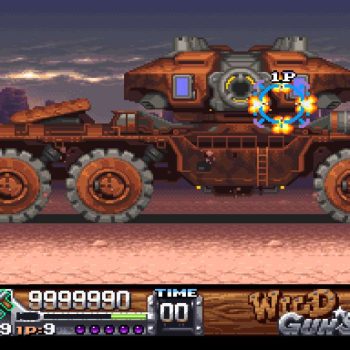 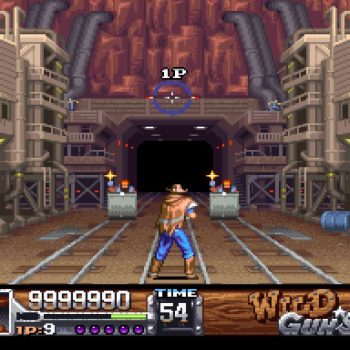 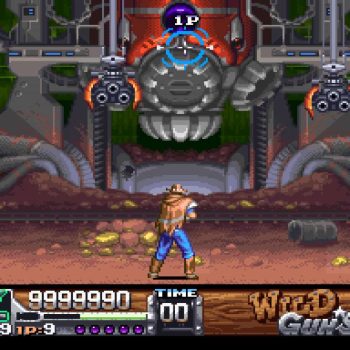 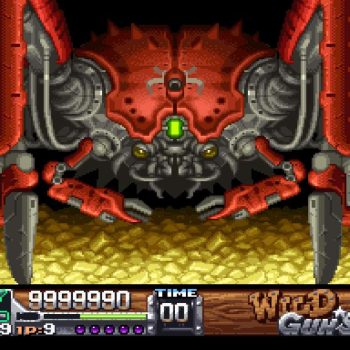 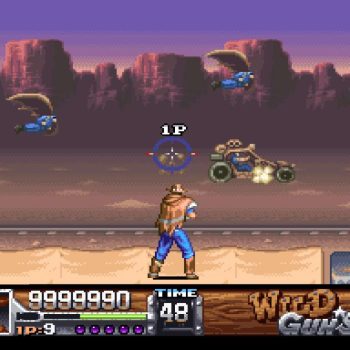 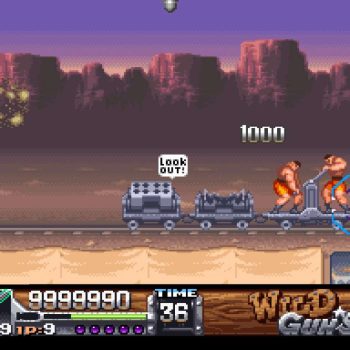 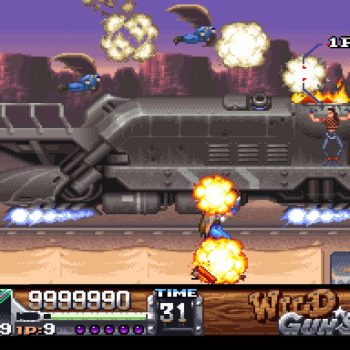 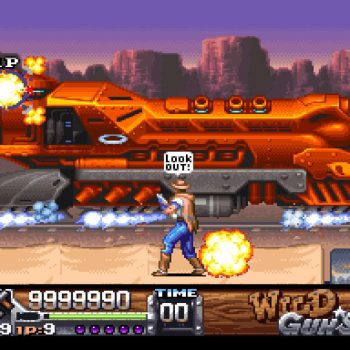 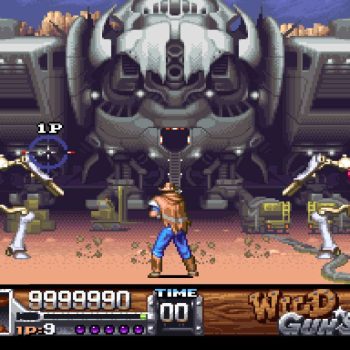 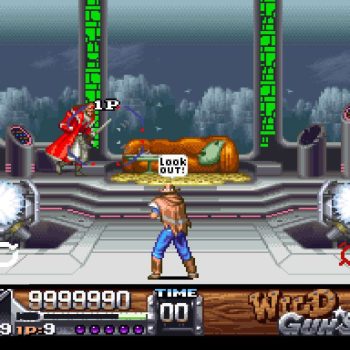