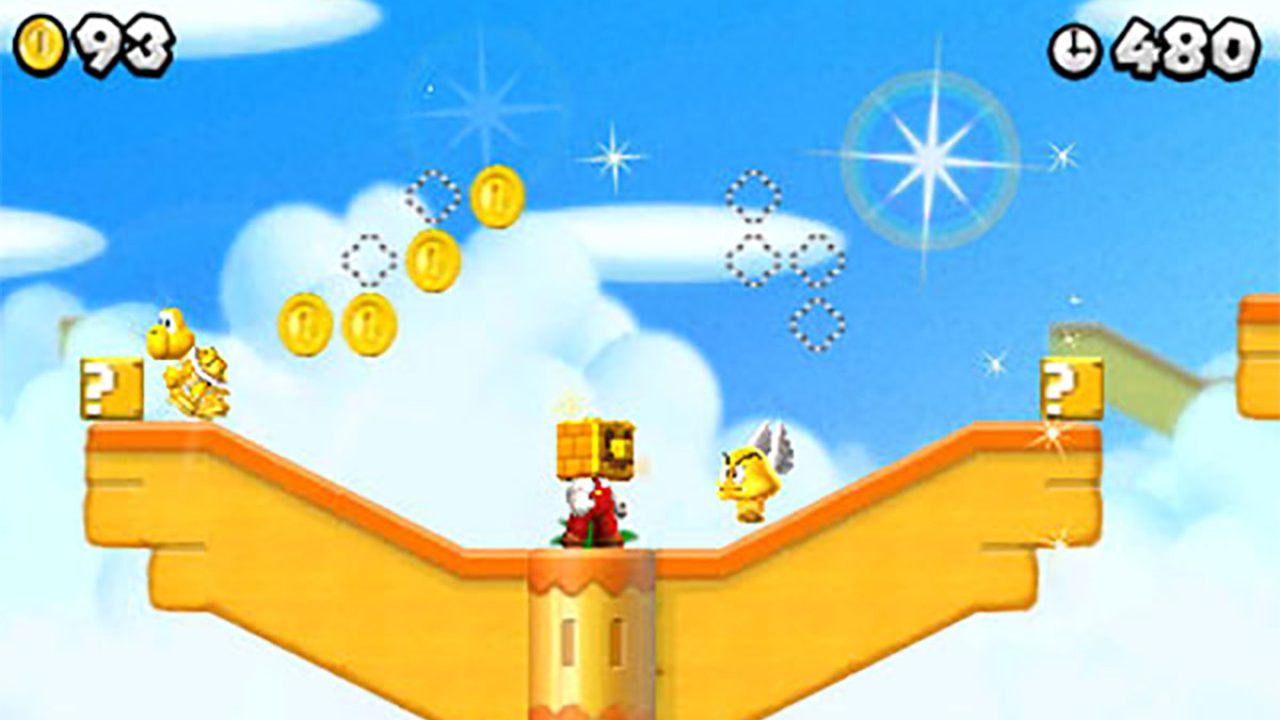 Somewhere along the line the Yoshi’s Island series of game became lost.

Originating with Super Mario World 2: Yoshi’s Island, of which this game takes it’s namesake, Yoshi spun off into other games, but always retained a similar feel to its Super Nintendo roots. That is, you eat enemies, create eggs, shoot eggs, and flutter-jump around.

Yoshi’s Story for the N64 was a totally inferior take on the concept which attempted to also put Yoshi into a new 3-D art realm. That concept carried over into other Yoshi titles such as Yoshi’s Wooly World on the Wii U and Yoshi’s Crafted World on the Nintendo Switch.

However, the jump from the N64 to the Nintendo DS saw a return to the similar crayon art style of SMW2, with some new concepts such as multiple babies (aside from Mario, there was Peach, Wario, and Donkey Kong, among others) plus the game utilized the top and bottom screens of the DS simultaneously to expand upon what was a critically acclaimed game in SMW2.

However, Yoshi’s New Island, which would release eight years later on the newer Nintendo 3DS, is such an inferior step back that it was actually painful to play.

It’s not because anything is broken, but it’s because nothing was retained between SMW2 and this game: it is literally SMW2 on a handheld, plot included.

That should be more of a good thing, but unfortunately, it’s not. The game relies too heavily on a collection scheme for replayablility. That’s the usual completionist aspect of getting 30 stars, and finding every red coin and flower.

Gone are the other babies, and even the dual screen aspect. Yes, it can be “3-D” but the graphics are essentially a more polygonal skin of SMW2. Even the menus are precisely the same.

Since collecting every object in a level is no prerequisite to advancing in the game, I found it monotonous to get through each level. You can barely die. There’s no real challenge to just going from beginning to end, and at that, many of the levels are simply too darn long.

There are some new concepts, one of which is larger enemies which turn into larger eggs to clear large areas. It looks cool the first time, but is nothing but a gimmick as the game goes forward. In fact, the one thing they added to this game is more of what made the original annoying: more vehicle areas.

Yep. Those bubbles that transform Yoshi into a helicopter or whatever else, and you have to beat the timer to get to the end? Be prepared to be even more annoyed as they’re more frequently used in this game too.

Honestly, you could literally fall asleep playing this on the couch.

That may sound harsh, but having played every game in this series (and even realizing the difficulty is dumbed down to be aimed towards younger kids) I found this addition to the series to offer practically nothing new, and lack the usual Mario/Yoshi charm.

Check it out and see if you agree – just make sure you find it secondhand. I would classify this game as comparable to the movie you wished you had waited to rent, rather than pay top dollar to see in the theater!