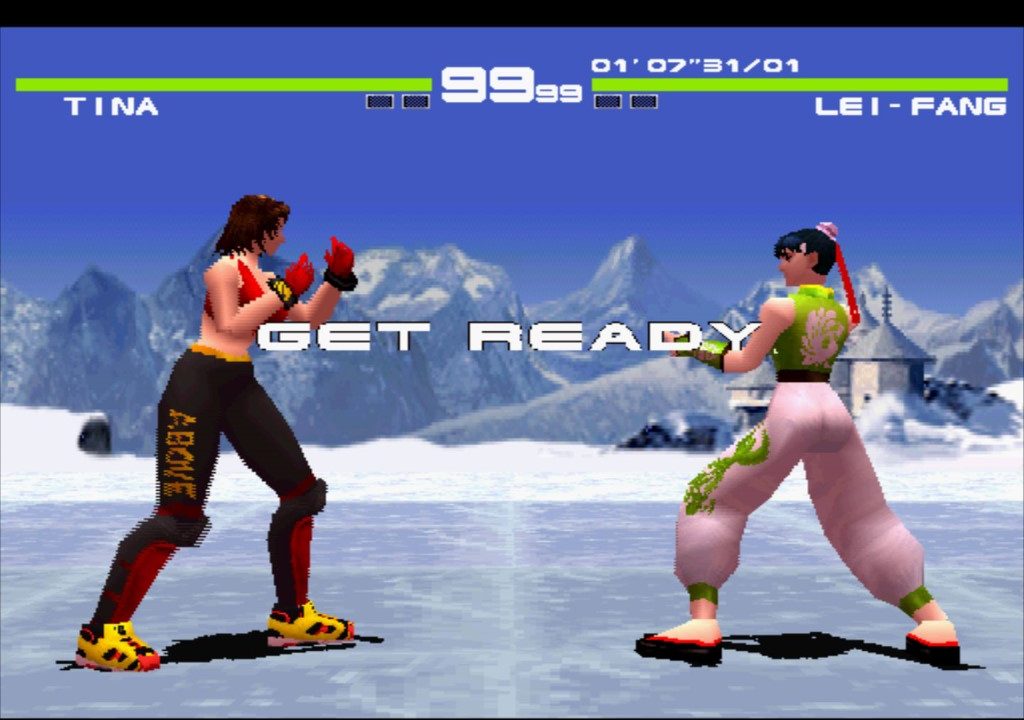 We are all well aware of the significance of this game and how it launched into a money-making series: bouncing boobs.

In a nutshell, a nearly bankrupt Tecmo went to the drawing board and used sex and violence to get eyes on a video game which is actually much deeper than what you see on the surface. Sure, some top-heavy gals have been heavily featured throughout the years, but when the game was initially started, it drew inspiration from Virtua Fighter, even running on Sega’s hardware – and far surpassing it’s predecessor in almost every way.

The first DOA game came to us in the arcade with Japanese gamers getting a truer port on the Sega Saturn. However, the Saturn version never landed in the US, leaving American gamers to wait nearly two years for a revamped version of the original game on the PlayStation.

Did I mention the significance of this title earlier? Not only was it one of the first non-Sega developed games to use their hardware in the arcade, but it also became the first game from that hardware to arrive on the rival Sony platform.

Oh, and the bouncing boobs ended up saving Tecmo from certain doom too.

But why else did this game succeed?

When comparing the 3-D fighters of the era, DOA was just smooth as butter. It didn’t have the “blocky” or “jagged” appearance of its competitors. The game ran fast, as in Street Fighter II type speed with each move transitioning into the next animation effortlessly. And crazy enough, each of the fighters motions were taken from motion-captured actors as well.

Counter maneuvers were added, which replaced the boring “blocking” of other fighting games. Counters came in the flavor of offensive and defensive “holds”, adding another dynamic which made the game feel tighter control-wise and gave new gamers as much of an edge against seasoned foes.

The plot is almost non-existent, save for playing as Kasumi. The game promptly ends on credits for each of the fighters. The levels can also get repetitive, reusing some of the same effects between stages and simply palette swapping day for night – however, removing “ring outs” for explosive damage is yet another reason DOA feels superior for its time.

It’s about what you’d expect from a fighting game released in the mid-90’s and may not come off as especially groundbreaking to today’s audiences, but DOA was massively successful and critically acclaimed for its gameplay and audiovisuals.

I would challenge anyone who enjoys retro fighters to put this up against others of the same era: and then realize for yourself just how ahead of its time this first entry into the DOA series was.

The Legend of Zelda: Ocarina of Time

Potentially the GOAT of Zelda games, Ocarina of Time did for this series what Mario 64 did for Super Mario Bros, in bringing a flat 2-D world into the collective 3-D realm which previously existed only in the minds of gamers.

This game kicked down so many doors I’m not sure where to begin. It’s a masterpiece by every standard. Graphically, it still holds up well. The game world is rather large and doubles when using a similar time mechanic from the SNES’ Link to the Past.

Link can also wield a variety of different weapons, there are side quests galore, and the Ocarina serves as a musical component of the game that isn’t “all gimmick”.

Did I also mention he can venture on horseback too?

Boss battles feel truly epic as well and there isn’t really a bad thing that can be said about this game. If you haven’t played it over the years, or you’re looking for something to do on a rainy day, I highly recommend picking this up to play!

The Yoshi games have roots in the Super Mario Bros. lore: the very first “Yoshi” game being Super Mario World 2: Yoshi’s Island. That game broke barriers in video games for its use of the Super-FX graphics chip, allowing SMW2 to have a unique “drawn” presentation.

The unique concepts continued through Yoshi’s Story; a game initially developed for the non-existent Nintendo 64DD (disk drive) hardware. It was converted to cartridge and a game I overlooked back when the system was in its heyday: and now I realize there’s a solid reason for that.

The game is not your linear playthrough like Yoshi’s Island. Instead, it’s a four-part “storybook” presentation which alters depending on how you play each chapter of the book. The cardboard book format looks good for the N64, but due to the gameplay tweaks the title offers little to no challenge, unless you want to fiddle around with collecting all of the items.

In order to clear each chapter, you eat fruit: and depending on how/what fruit you eat, alters the next chapter. You can easily breeze through the game in about an hour without giving it much thought. My initial feelings were that the game was designed for younger kids. You can make the game play a bit deeper, but once you beat it so quickly, the entire thing feels like a waste.

So much so that I feel it’s easily the worst Yoshi title I’ve ever played.

If you’re a completion freak you may find this fulfilling, otherwise, you can largely ignore it. It doesn’t play like any of the other Yoshi games in the main series and as such, it may confuse and/or annoy you.