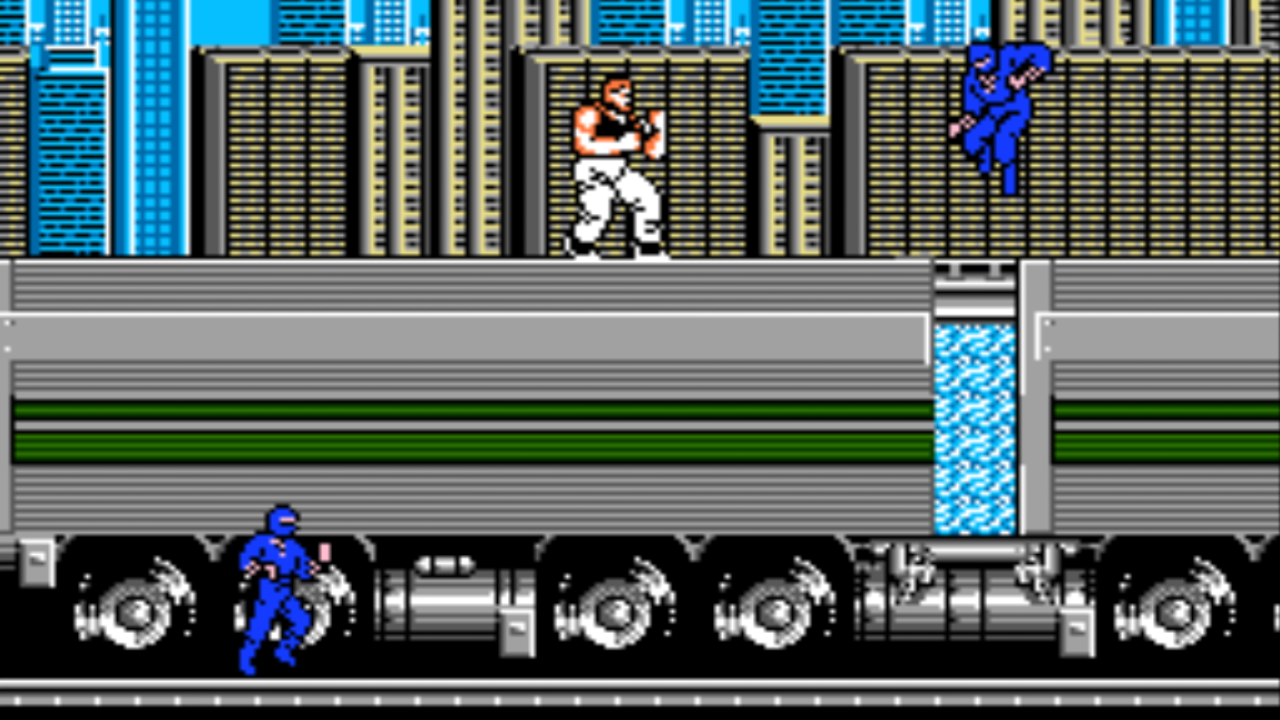 Ninjas have kidnapped the President.

That’s all you need to know about Bad Dudes, which plays on the steroid-infused action hero of the era in which it was made. You can play as one of two “bad dudes” complete with a tank top and baggy pants plus bulging muscles.

Like other beat-em-up games, this one is a button masher. All of the usual culprits are here: palette swap enemies, end-level bosses, a stage timer and health meter. (For some reason all of these games felt BOTH were necessary!)

The difference with Bad Dudes is that you can actually beat the game. The difficulty is there, but it’s not so over the top ridiculous that you can’t win. I have fond memories of completing this game as a kid, which were brought back after defeating each boss and hearing a poorly digitized “I’m Bad!” sound byte play.

But the cheese factor isn’t the only reason this game feels nostalgic after all of these years. Data East actually went through some effort to differentiate itself while at the same time being somewhat of a parody. The plot is stupid simple. Ninjas were all the rage too. Yet beneath it all lies a solid game, with excellent controls and really good graphics for its time (moving backgrounds almost feel like a SNES title at times).

There are also levels which you move right-to-left or in “backward” order than you may in another game. One is on a moving truck, another on a moving train, and then, of course, an epic helicopter fight near the end too. You can wield weapons and the entire thing just feels, dare I say, satisfying to beat even thirty years later.