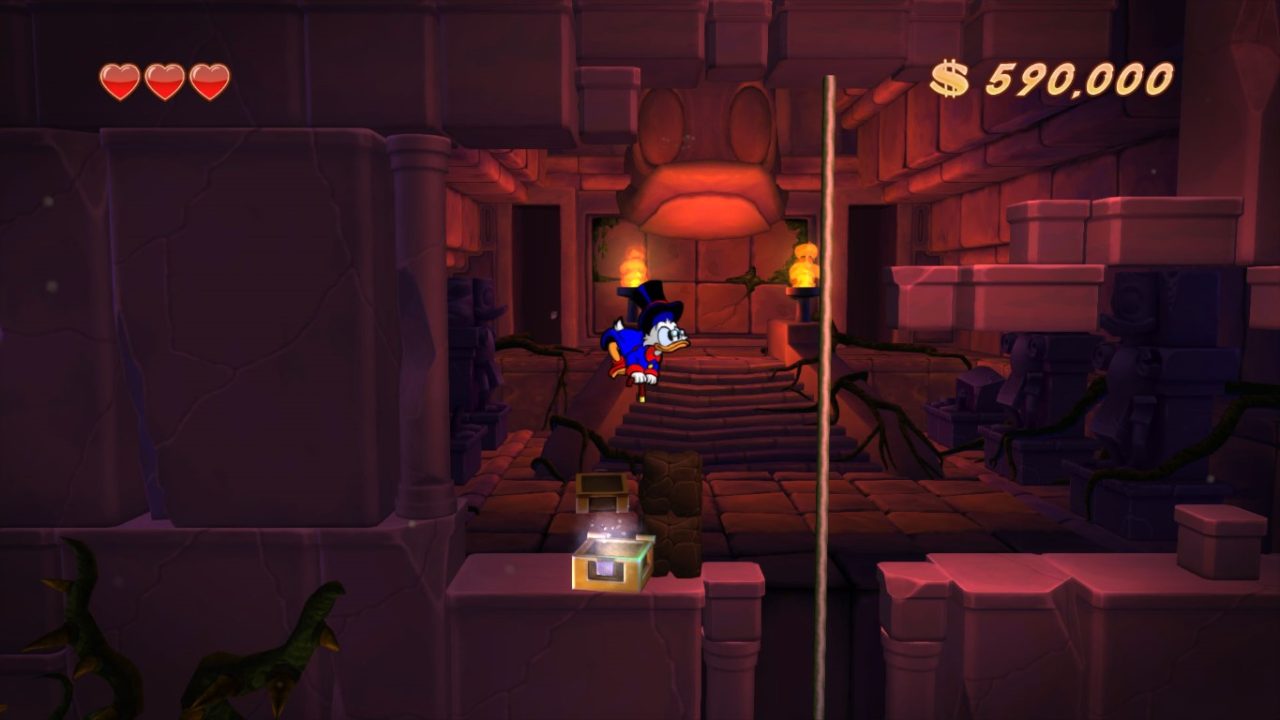 Ever play a game that was so great when you were a child only to come back to it and not have as fond of a memory of it years later?

Well, that’s not the case with DuckTales, an NES title which should’ve easily been the usual “slap the license on the box and sell it” game that was anything but. In fact, this particular game even saw a high definition remake years later, but for now, I’ll concentrate on the original… as this game was so successful it not only spawned a sequel, but was also ported to the Nintendo Game Boy and became Capcom’s bestselling title on both consoles!

The premise follows a key element of the cartoon series: Scrooge McDuck has lots of money and is the richest person on Earth. He wants to expand his fortunes and thus you travel around the world to exotic locations such as the Amazon, Transylvania, and the Moon in search of loot. Along the way he faces obstacles, such as rescuing his nephews or the random boss (some of which are or aren’t lifted from the cartoon series).

What made this game a classic is Scrooge’s “pogo stick” jump from his cane, which added a unique jumping element to the game, along with non-linear (think not side-to-side, like Super Mario Bros) levels. Throw in text (speech) lines and cameos which remained faithful to the already immensely popular TV program, and its not difficult to see why this game was a winner.

If you’ve never had the pleasure of playing this game and were a fan of the cartoon growing up, I would drop everything and check this out. You won’t be disappointed!