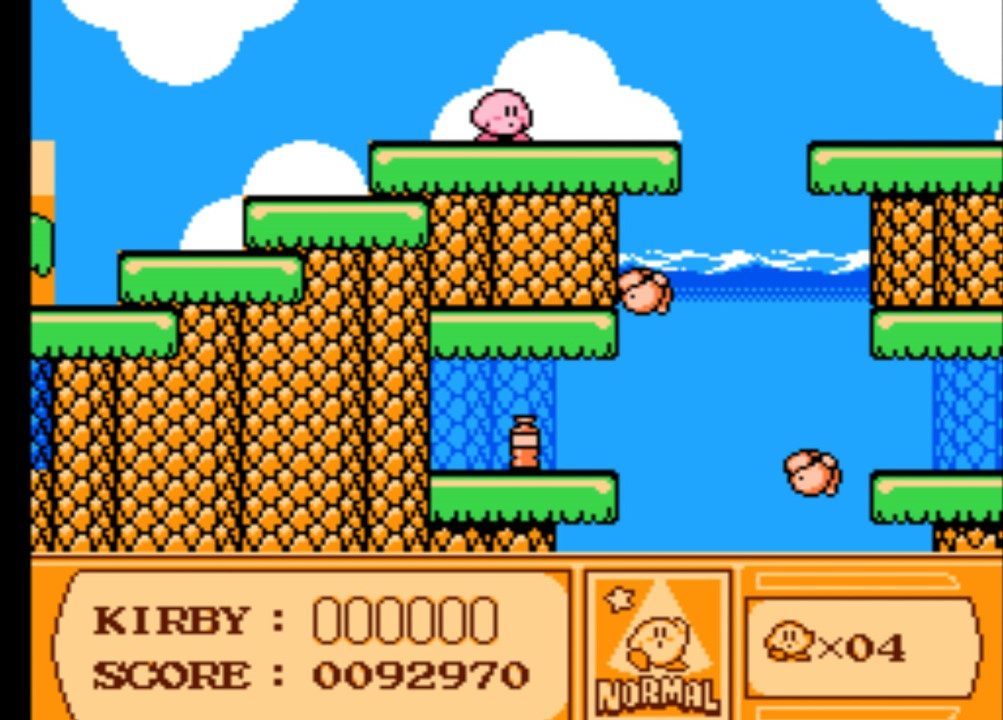 My entry into the Kirby series was ages ago as a youth playing Kirby’s Dreamland on my Game Boy. That game was fairly simple to beat way back when, and I guess that level of practically doing nothing but wasting time entering and exiting stages was carried over and expanded in the NES version.

Sadly, I got bored with this game. There’s technically nothing wrong with it.

Yes, it’s easy. Yes, there are more features. And yes, it’s a gorgeous game for playing on the original Nintendo. However, it’s so repetitive that I just can’t forge forward to complete it.

That doesn’t mean I’m done with the Kirby series, but just hope the next entries aren’t as much of a chore to play.

With that said, if you want to see how hard the Nintendo hardware could be pushed, this game (as well as the final NES installment of Mega Man, Mega Man 6) take the console to its limits. As one of the final titles released for the aging hardware, developers truly found incredible ways to push the game graphically as well as with sound.

The result is a pleasure for the eyes and ears, and a game that doesn’t look like it fits the 8-bit mold whatsoever.

For that reason, I can’t give it a thumbs down – but boy, is the game play monotonous!