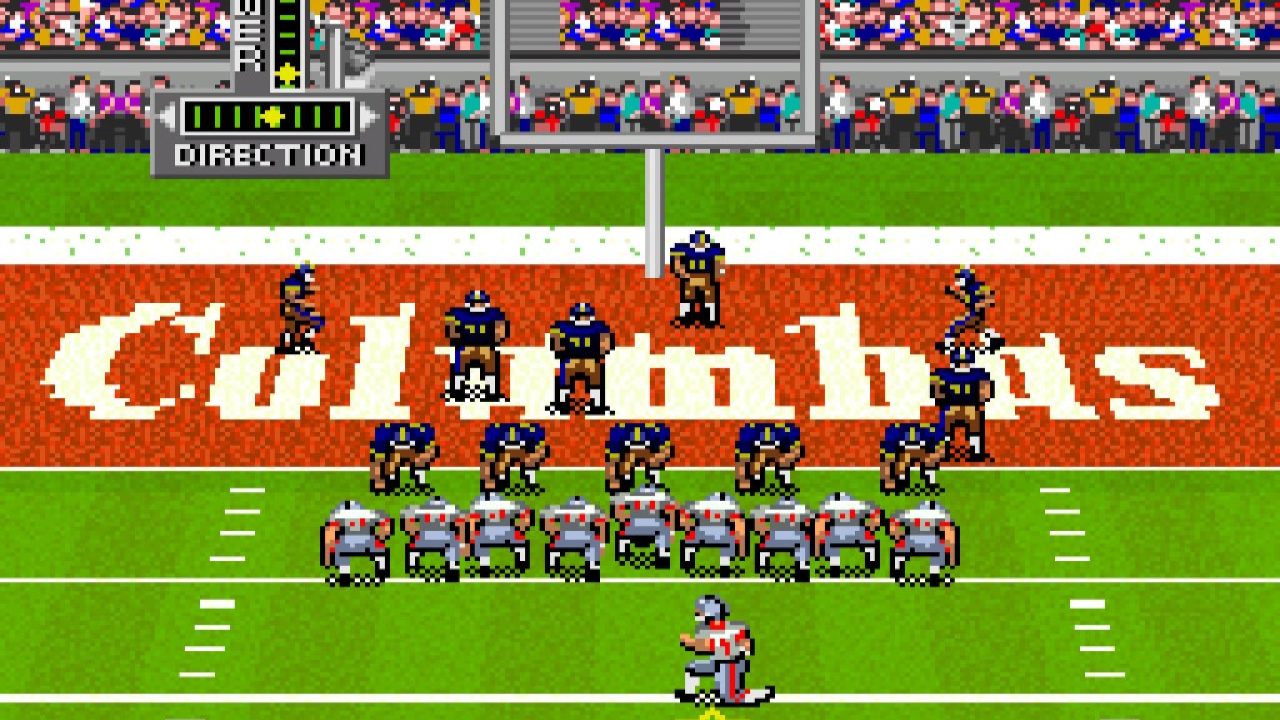 Piggybacking on the success of the John Madden Football franchise, EA Sports went in the next logical direction by marrying the same concept with college football.

What would follow would eventually lead down the path to the NCAA Football series, however, it all began with another famous coach headlining the title.

Bill Walsh gained fame as the head coach of University of Stanford before launching into football immortality as the head coach of the San Francisco 49ers, whom he transformed into a dynasty, winning three Super Bowl trophies before the coach would enter retirement following the 1988 NFL season.

That buzz is what translated to using Walsh’s name in place of Madden’s for a college football version of EA’s NFL product. Some other obvious hurdles were necessary to make the transition, some of which would be shunned in the modern day.

First, there was no NCAA license. Of the 24 teams available (as well as 24 additional classic teams) EA opted to use the city or state of which that institution was located. Ohio State becomes “Columbus” but Michigan remained the same, and so forth. (See the full list at https://en.wikipedia.org/wiki/Bill_Walsh_College_Football.)

Game play is similar, though I prefer the Walsh route taken with play calling. Rather than choose a formation with a 3x row of plays, a highlighted 3x row box can be moved up/down/left/right over a 2×4 row of plays. This makes selecting plays less obvious in two-player action as well.

The remaining graphics, audio, and controls all layout similar to Madden. The pregame show features Walsh and a “play by play” announcer, but there are no audio quips in this edition of the game. The previews are generic, as are the stadiums, which are all “neutral” sites with each endzone labeled with the home or visiting team – no authentic remakes of The Big House, Ohio Stadium, Los Angeles Coliseum, etc. here.

The other obvious difference is that college rules are different than the pros. If you accidentally press the dive button untouched by a defender? Too bad, you’re ruled down!

The play clock, hashmarks, and other college rule variations are all present. The soundtrack subs some marching band inspired music, which is actually catchy, and a Bill Walsh “seal” replaces any references to what may have been the NCAA one instead.

The package itself is sharp, the gameplay doesn’t stutter, and the Mode 7 “field flip” on punts and tracking the ball on kickoffs are all present here as well.

There’s just enough here to separate it from simply being Madden with a different coat of paint. Unfortunately, the lack of licensing detracts from this game when viewed through a present lens – and the same then, though it was less expected. However, for a fun retro college football romp, this is an excellent entry into the genre.