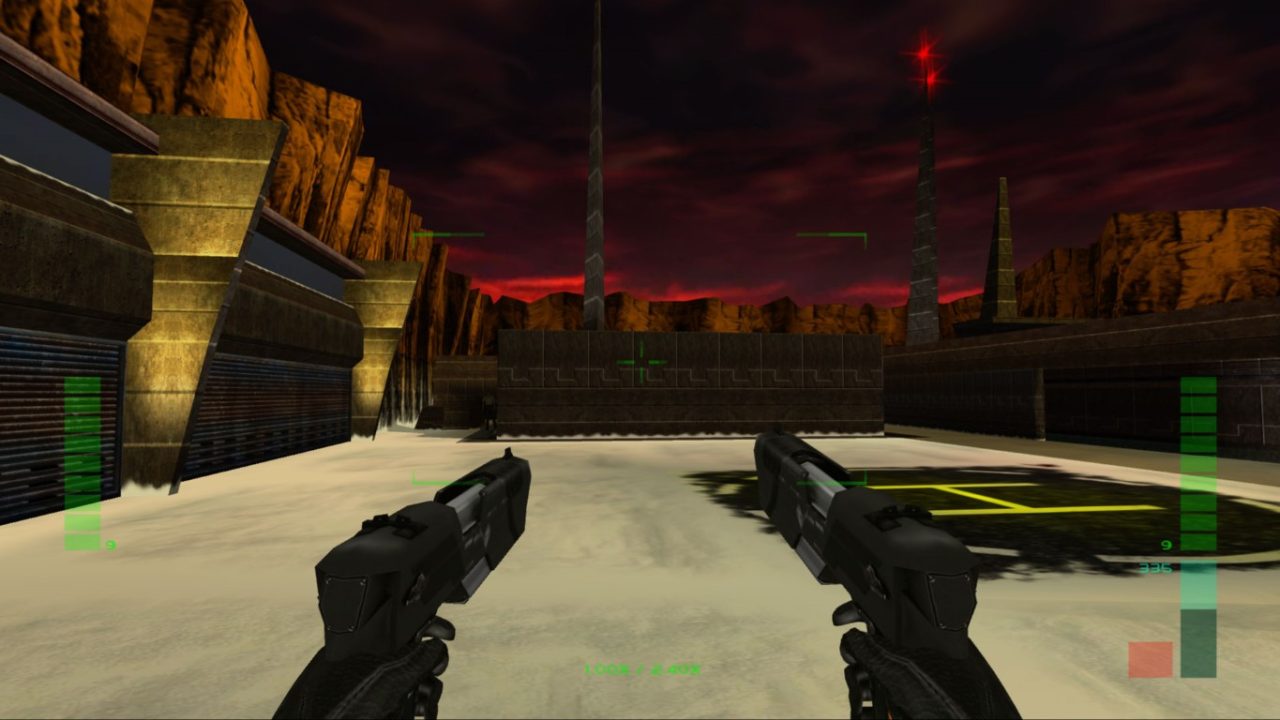 The original Perfect Dark was a pseudo-successor to the massively popular Goldeneye 007 for the Nintendo 64. Created by the same Rare Studios team, Perfect Dark took everything that made Goldeneye great and blew it up tenfold.

The result was another cult classic cartridge which pushed the limits of the N64.

With the 007 license tied to the source material, and Rare having been purchased by Microsoft, the dream of seeing any sort or re-release seemed unlikely. Rare had in fact made a sequel with some lineage, Perfect Dark Zero, but it wasn’t the same game – feeling more like the first-person shooters of that era (such as Halo) than the original 64-bit formula that made Goldeneye and Perfect Dark popular.

As an Xbox 360 launch title, Zero was quickly overshadowed as superior titles started flooding the new generation console – the game was solid, but wasn’t remembered as highly as the N64 predecessors.

Then, five years later, out of nowhere (or so it seemed) Perfect Dark HD dropped as a digital-only title on Xbox Live Arcade.

I remember this game sort of flying under the radar despite some moderate success – it wasn’t terribly expensive (I believe $10 USD) at launch too. Yet, I have friends who were never aware this version of the game existed.

According to the game’s Wikipedia entry, the original source code was ported to the 360 but the game engine was completely rewritten. New graphic elements were remastered, and while the “blocky” N64 feel was retained, the game is cleaner is many aspects.

For starters, the graphics are sharp and clear. The game initially ran at 60fps at 1080p, a huge leap from the 480i N64 version. The move to a new engine didn’t sacrifice anything in terms of authenticity – and if anything, the game is just a new layer of shiny paint with an addition on the house.

That addition is the inclusion of Xbox Live multiplayer – something we could’ve only dreamed of in the split-screen world of the N64 and such a noteworthy addition that it changes the game to where I just had to make this its own entry, as it’s simply not a rehash at all.

In fact, the graphics were once again enhanced for 4K native resolution on the Xbox One!

If you remember the N64 only had a single analog stick. While it got us to where we are today with FPS games, the 360 control is damn near perfect for these types of games. Transitioning to Microsoft’s console feels natural and a no-brainer.

I’ve actually come around to this being my preferred way of enjoying the original Perfect Dark in all of its glory. The N64 game was the reason I had bought that console, as its one of my favorite games of all-time.

Therefore, the great improvements to this game a whole two generations later have made it so it can be enjoyed to this day, preserving the legacy of one of the biggest cult classics ever.

If you liked Perfect Dark on the N64, I encourage you to pick up this copy – which is also available on Xbox Game Pass too. (I don’t shill buying games often, but this is one I make an exception for and especially if you’ve never played it!)

Easily one of my favorite games of all time. This took Goldeneye to a whole new level and pushed the limits of what was possible on the N64. Heck, replaying this, there are things I stopped and went “whoa” over that were done back in 2000. A lot of those concepts are still carried over to modern games. (I’d bet this game was a huge influence on Halo as well.)

Among the features include the various external tools, such as scanners and portable cameras. The ability to dual wield guns returns along with secondary options for every weapon. There were night vision and IR scanners, X-ray tracking guns (Farsight), sniper rifles, heat-seeking and manually guided missiles, plus so much more than I could possibly list here (or remember!)

This game is so great I may just play through it yet again! (I’ve beaten it several times in my lifetime.)

Note: the graphics are crude, but I discovered halfway through playing that I could increase the emulator settings as well as the actual game having a widescreen mode built-in. Therefore, you’ll notice a huge difference in the graphics when viewing my screenshots.