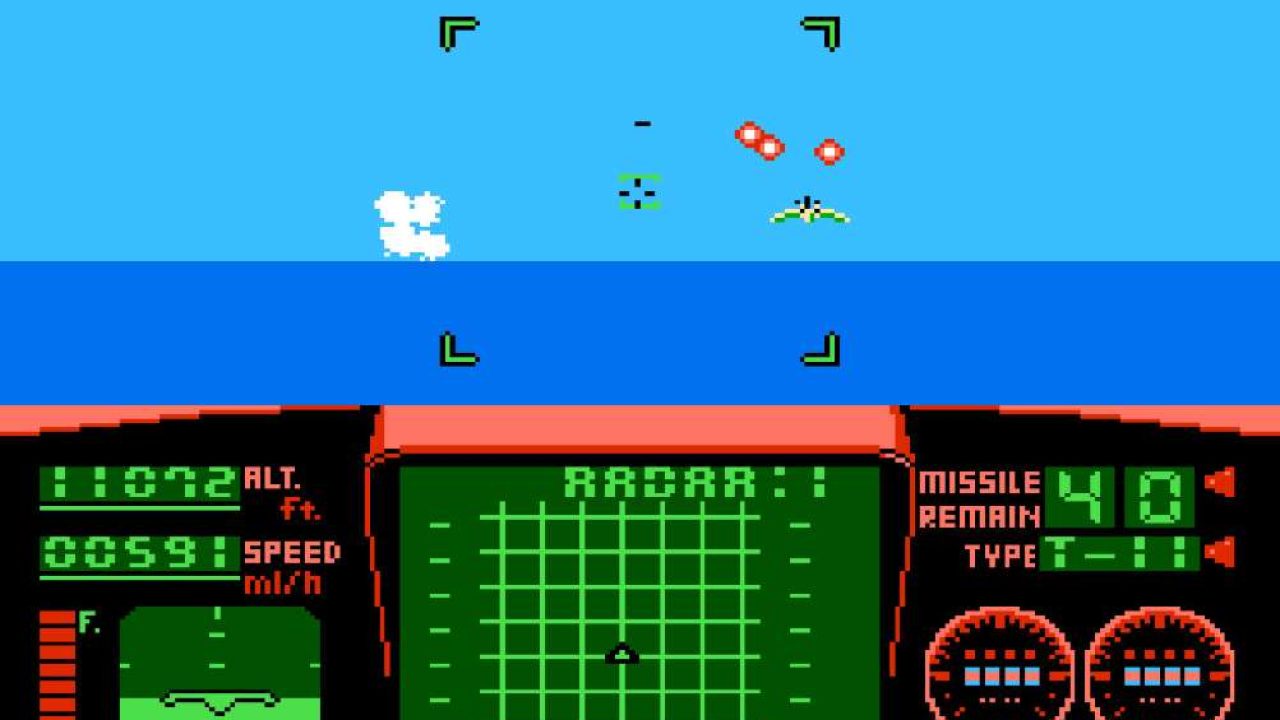 As I’ve mentioned elsewhere on this site in various reviews, Nintendo games usually had a tough learning curve. Sometimes the games were outright bugged and unbeatable, while other times the developers made increasingly hard to beat.

I think Top Gun is a mix of both worlds.

The first level seems like cake. The objective is simple: fly missions loosely based on the Tom Cruise movie of the same name, shooting down enemies before they shoot you.

The premise is simple. The presentation, flying first-person in a cockpit, is actually top notch for 1987.

The rest of the game is a frustrating mess!

As you may have guessed, once you beat the first level, the second one increases in difficulty. I remember there are bosses and whatnot, but geez if this game doesn’t get under your skin: including a necessary refueling in mid-air and a landing on an aircraft carrier – both of which can be stupidly frustrating to execute…

Especially since you only have three lives for the entire game.

Of course, there’s only four levels, but finding that out can be a challenge in and of itself. Top Gun harkens back to a time where you parted with your hard-earned money and expected to be challenged much in the same way arcade games did.

This day and age, if you blew through four levels of a game, you’d feel cheated.

Back in 1987? Top Gun became one of the highest selling games of its time – and even garnered a sequel!

The game is fun for nostalgic purposes and a fun challenge. Just be forewarned that you may feel compelled to hurl a controller at your TV screen!