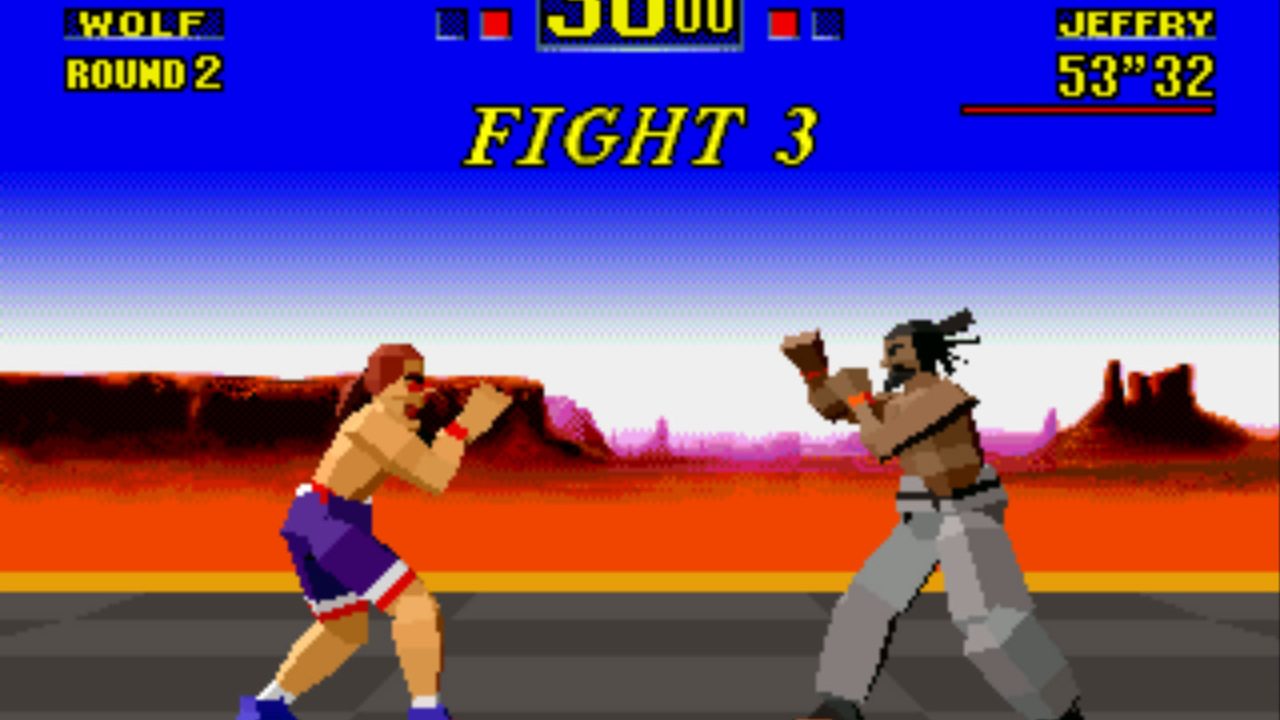 One of my favorite all-time arcade games is NBA Jam. When it first released, it gave you the thrill of a rookie Shaquille O’Neal breaking glass backboards along with actual NBA players in a fantasy 2-on-2 setting.

The series jumped to the forefront with an announcer who parodied the NBA’s popular play-by-play guy at the time Marv Albert, using one-liners such as “He’s on fire!”, “Is it the shoes?”, and “Boom-shaka-laka” all becoming commonplace in pop culture.

Getting the game on a home console was like Christmas every day, where you no longer had to pump quarters into the arcade to play each, um, quarter. Like Mortal Kombat, which was also developed by Midway, the translation to home was produced by Acclaim – and it came nearly complete with the same digitized faces/actors that made both series memorable mainstays in the 90’s.

Unfortunately, the home versions (and later arcade revisions) snubbed some of the more popular players from NBA Jam’s rosters. Due to licensing with other game titles, Michael Jordan, Charles Barkley, and the aforementioned Shaq were absent.

While I wanted to review the plain jane NBA Jam, I learned my lesson from the Mortal Kombat series to just jump right into the best of the bunch – that also happens to be the successor to the first title, NBA Jam “Tournament Edition” or “T.E.” for short.

T.E. brought new innovations to the series, including expanded rosters (you could switch your two players between a mix of three total per team – and could “sub” between quarters too). A tournament mode kept things at a competitive balance for the most hardcore players while “hot spots” and other additions made T.E. the pinnacle of the original NBA Jam games, much in the same way Mortal Kombat peaked with MK2.

The best of the 16-bit era games was actually a 32-bit port, to the mostly unsupported and largely abandoned Sega 32X. The top-heavy add-on was still cartridge based, but had built upon the superior Super Nintendo translation in every way to make the most arcade-worthy port of the T.E. games (until Sony’s PlayStation landed, that is).

Yet, the 32X is worth mentioning here as there are few games that were released for it and T.E. could’ve been a killer app if not for overwhelming their own market by flooding it with Jam available for nearly every console imaginable (including the Game Boy and Atari’s Jaguar!)

But without the CD loading waits (read: long waits) of the PSX, T.E. best lives on with Sega’s 32X as the definitive cartridge console version of its era. It’s well worth revisiting if you have the time, if only to walk down memory lane and play with some of the game’s many hidden characters!