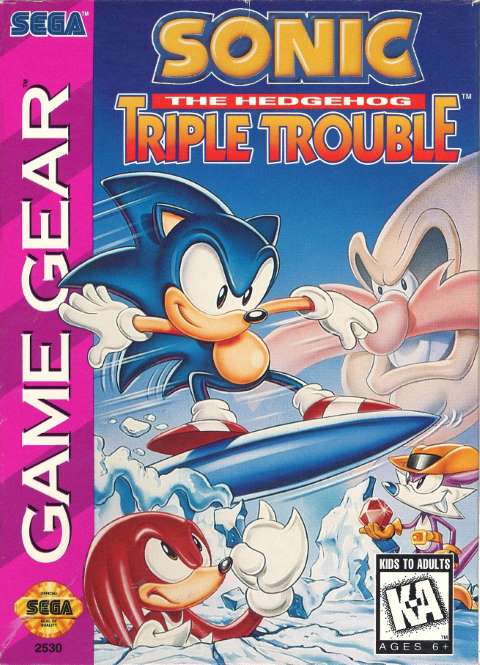 The Game Gear was Sega’s attempt to compete with Nintendo’s wildly popular Game Boy handheld console. As such, it produced some interesting results throughout the years.

The hardware, which unlike Nintendo’s offering, had a color screen, was based on the 8-bit Sega Master System. Because of that, many games shared similarities if not the exact same software between the two consoles.

Sonic The Hedgehog is one of those titles, which was the exact same on both 8-bit platforms. Subsequent sequels, however, were exclusive to Game Gear as the Master System was retired in various territories, including North America.

Five Sonic games were eventually published for the Game Gear, with Sonic the Hedgehog: Triple Trouble being the fourth: and worst.

I had previously praised some of these 8-bit Sonic games as clever platformers, original in ways to work around hardware limitations – such as there being no loops in “Sonic 1”, for example. However, Triple Trouble falls incredibly flat on its face as one of the more gimmicky and difficult Sonic games ever created.

All of the same premises exist: collect rings, stop Dr. Robotnik, and do so by moving rapidly through non-linear stages. You can play as Sonic or Tails in this game, as Knuckles makes an appearance after the recently released Sonic 3 on the Sega Genesis.

So, why didn’t I care for this game, you may ask?

To be honest, it starts strongly. Everything feels at home as a Sonic title. There’s even some added power-ups such as rockets and snowboards that appear to fit in the Sonic spectrum.

Then you get to the first boss battle and realize this game is stupid difficult due to cheap cheating mechanics.

Should you play beyond this the issues become worse.

After playing two acts of any given zone, the third act is a mini stage before encountering the boss. I assume this is designed this way due to load time and RAM limitation on the hardware.

No big deal, except the developers tend to hide rings on these stages. No rings? Then you die!

Yeah, it’s kind of like that, except then the acts get bogus too.

Clear paths are hard to decipher, and some of the boosted jumping mechanics become hard to pull off as well. By the time you get to the snowboarding level, you’re already fed up with falling into death traps, and hopefully you haven’t lost too many lives where you have to start all over.

A water level is just as frustrating, with the usual underwater air issue: Sonic drowns to death without air, but bubbles don’t automatically populate and the timer seems to be really fast too.

By the time you get through all of this you’d just as rather toss the Game Gear across the room than actually finish this game. In fact, I’m wondering if kids of yesteryear even had enough battery life to make it all the way through?!

It’s a shame, because graphically the game is impressive. The audio is also superb for its time and limitations. The controls, aside from the added quirks mentioned, are the usual Sonic fare.

But the “new” concepts brought in with the idiotic level and boss designs make this one of the more challenging Sonic games to beat. And that’s saying it lightly if this game could be beat with the way it was intentionally handicapped for a challenge, rather than making it a challenge. 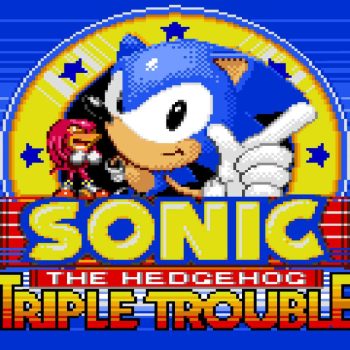 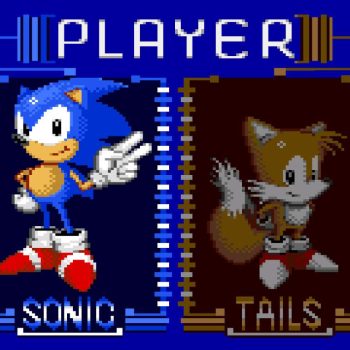 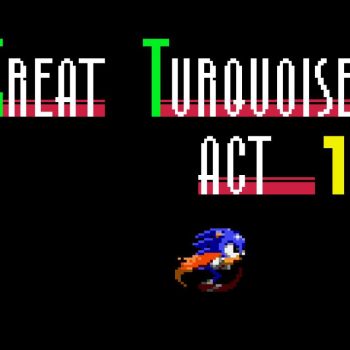 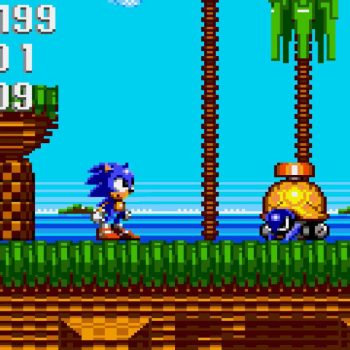 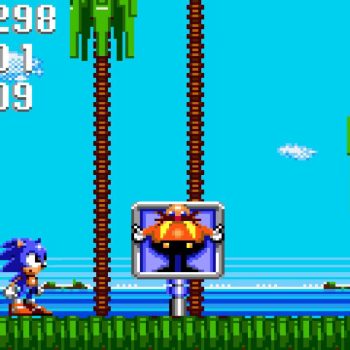 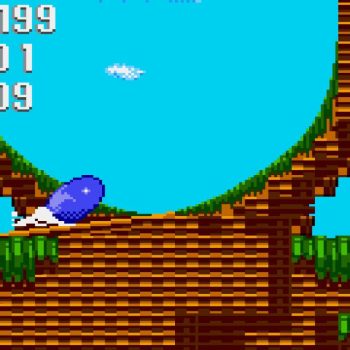 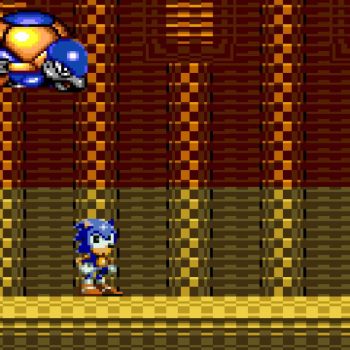 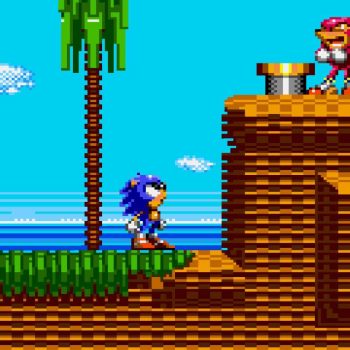 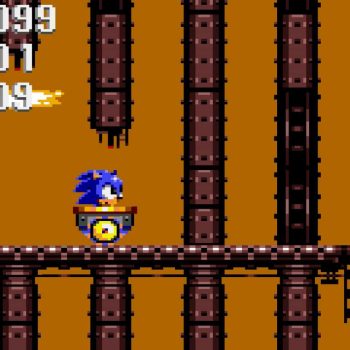 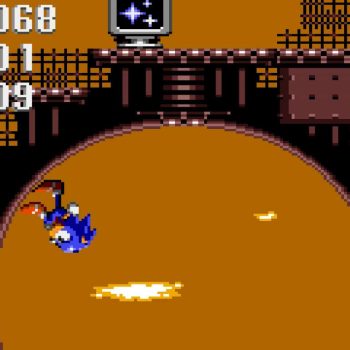 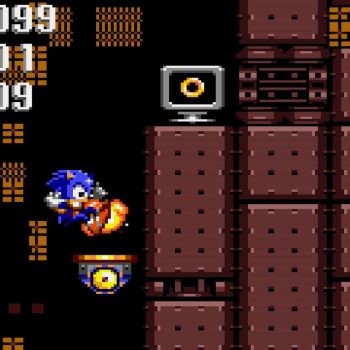 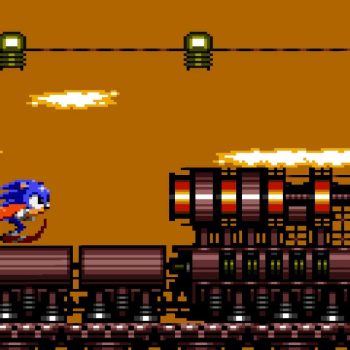 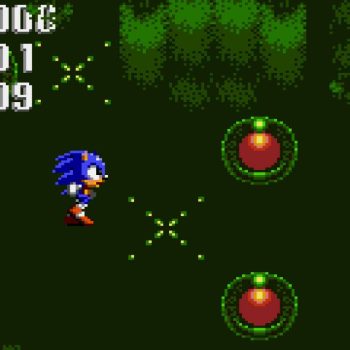 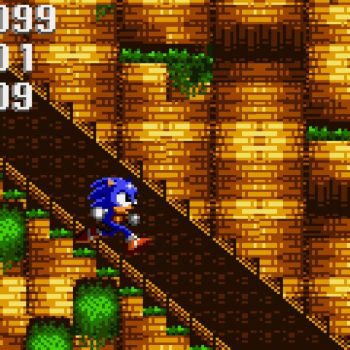 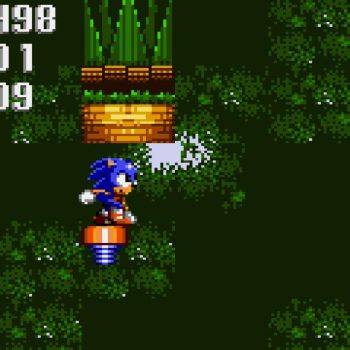 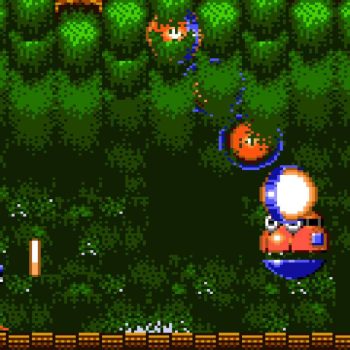 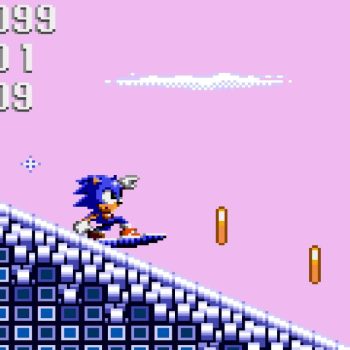 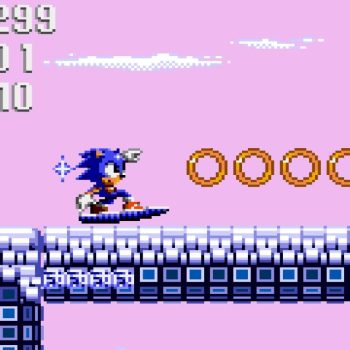 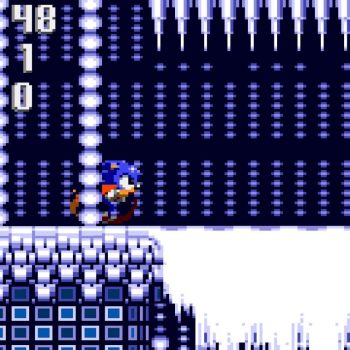 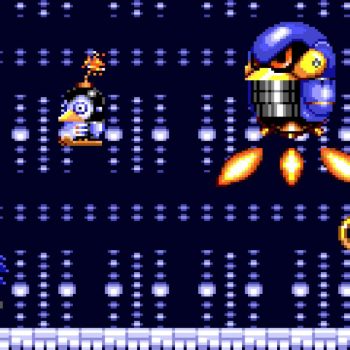 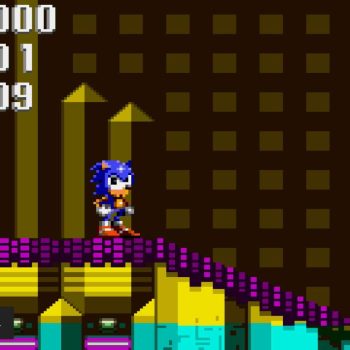 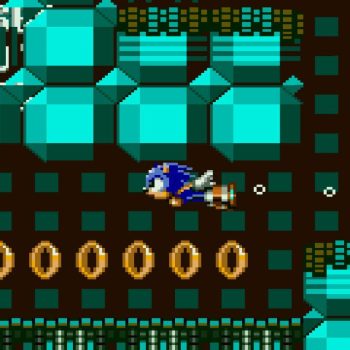 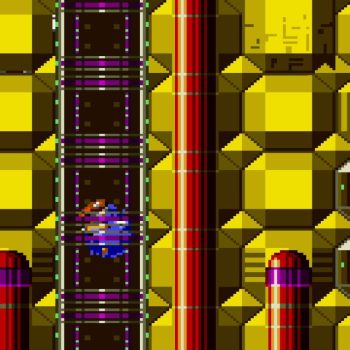 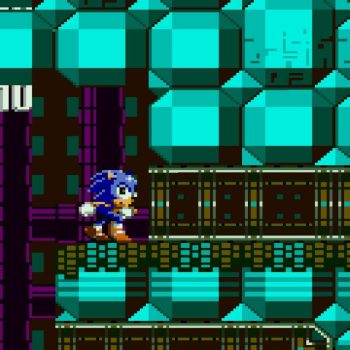 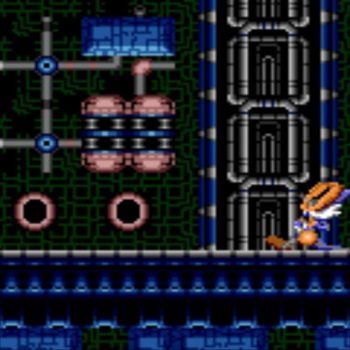 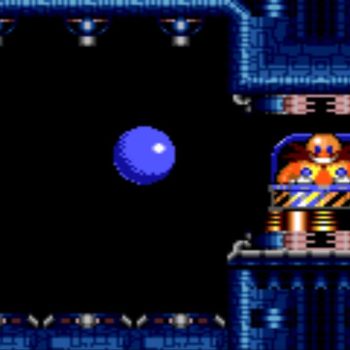 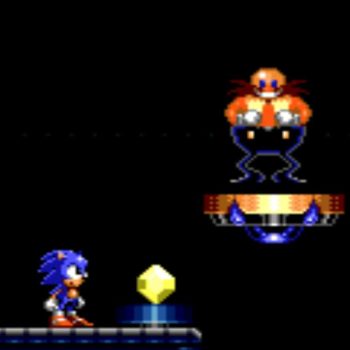