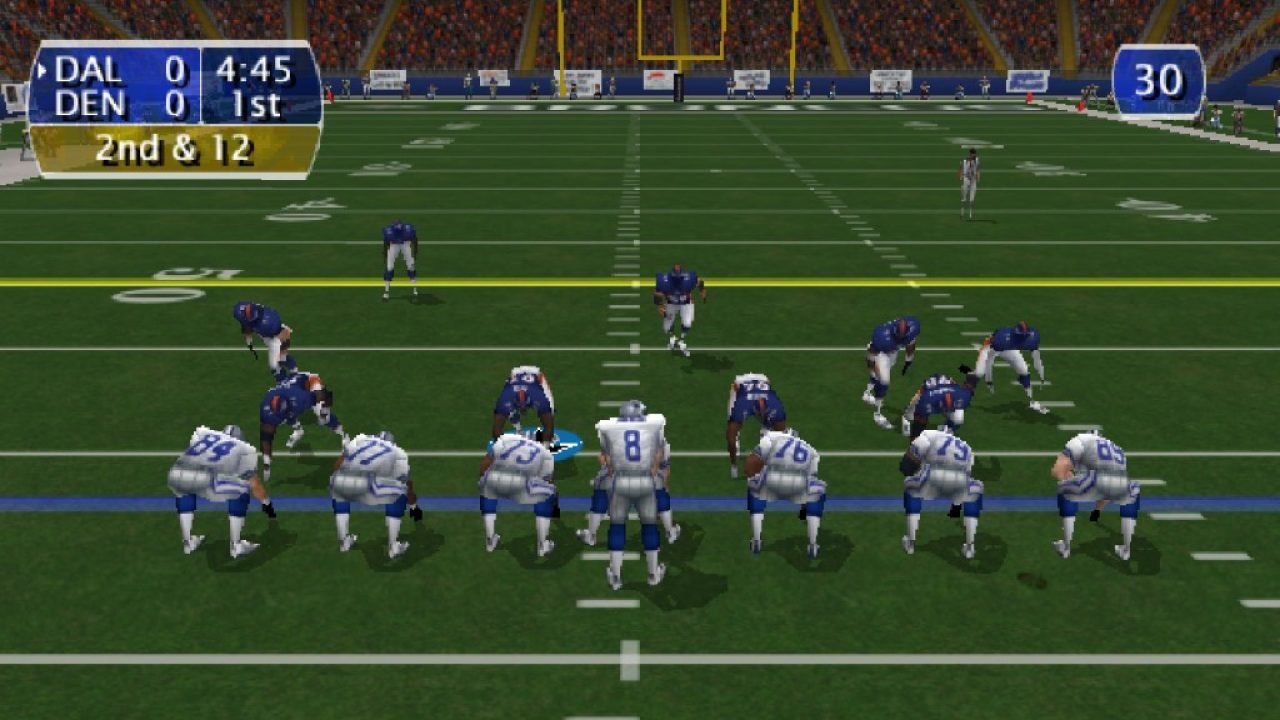 I’ll never forgot the golden age of working in a video rental store. My high time there was the period when VHS was transitioning to the brand-new DVD discs, as well as video games moving into a new generation.

The Sony PlayStation and Nintendo 64 were king at first, but our shelves started to stock the next generation Sega Dreamcast, which had an infamous launch date of 9/9/1999.

However, Hollywood Video, my employer back then, had obtained exclusive sneak-peak rights to the console:

On July 15, Hollywood Video will begin renting Sega Dreamcast, the superconsole with a built-in 56K modem that brings the most realistic and advanced game play ever achieved in a consumer videogame system, at more than 1,000 of its 1,390 stores nationwide, raising awareness among a potential consumer audience of approximately 40 million.

Sega Dreamcast officially launches in the United States on Sept. 9, 1999, at a retail price of $199 with a launch library of 16 titles. (And I had a chance to play it a lot upon launch!)

One of those 16 launch titles was Soulcalibur, which at the time (and even looking back on it now) was unlike anything before it.

The sequel to Soul Edge (and known as Soul Blade on the PSX) had an arcade version that was out earlier and simply rocked. But how would it stack up on Sega’s new hardware, especially after the flops that were the 32X and Saturn?

Tremendously I would say.

I recall my first time with Soulcalibur like it were yesterday. I couldn’t believe how great the graphics were – actually superior to the arcade version – buttery smooth as the framerate clipped along with gameplay reminiscent of watching a Bruce Lee movie.

The latter was especially true of the weapons-based combat inherent to the Soulcalibur series.

Namco and its development team took extra care for finer details which made for an incredible next-gen experience. Executing an attack, your character had more animations which may swing nunchakus a few more times while the next input for an attack (or defense) awaited.

As such, the “buffer” used in this game, that is executing button presses for each move, made combos chain together smoothly with a result akin to watching a movie rather than playing a game.

Unlike its predecessor, Soulcalibur also allows for true 8-way movement, expanding the previous combat – which also expanded on your defense capabilities.

This took raised the bar of the fighting genre, as other “3D” games didn’t chain combos as smoothly – probably my biggest gripe with the 3D Mortal Kombat series also is how jerky each of the moves felt when executed. Due to the buffer, combos, defense, animations, and 8-way movement, Soulcalibur felt like a real fight and upped the ante for tense, strategy-based battles. (Though your novice, like myself, could also button mash their way around as necessary, so the game was fairly accessible to noobs and seasoned pros.)

Most of the original characters returned from the first game, along with ten new fighters, increasing the depth of the game (albeit some tended to be redundant in ways).

I haven’t even gotten to the plot, which by this time, is really an afterthought excuse to have a fighting tournament – retrieving the Soul Edge from the main boss Nightmare, in a strangely woven storyline that again, isn’t all that important to the gameplay.

The Dreamcast version also sported the original’s boss, Cervantes, as well as a bunch of extra modes including Team Battle, Survival, and Training Mode, plus other unlockable content.

Yeah, I wasn’t going to retype all of that from Wikipedia – I think you get the hint. If you have never dipped your toe into this series, find a way to jump in on Soulcalibur – either on the Dreamcast or via Xbox Live Arcade.

I’m aware that this game caught a lot of flack upon its release. For starters, it was on the Dreamcast and looked like an “older game” graphically compared with some of the eye-popping titles like Soul Calibur on that console.

The game also originally released with bugs that didn’t even allow for proper saving to the Dreamcast’s VMU memory cards!

This aside, when benchmarked against its sibling MK4, this is again a definitive version (provided you have the hot/new re-release which corrected the aforementioned bugs). MK Gold added six characters to the MK4 lineup.

Again, MK4/Gold were not my cup of tea. Moving from the 2D plane to the 3D realm to compete with the likes of Soul Calibur, Tekken, DOA, Virtua Fighter and others diminished my interest in this series. The initial appeal was to see how the conversion of motion capture actors to 3D models and how well fatalities would translate in a more “realistic” environment. Instead we got wonky controls that were more akin to the 2D era which didn’t carry over well into the next-generation of console gaming.

Add tacky weapons as an additional in-game gimmick and you can see where the MK series started to derail. It was a nice attempt, but fallout of MK3 and not being able to adapt to the 3D era ultimately hurt the series.