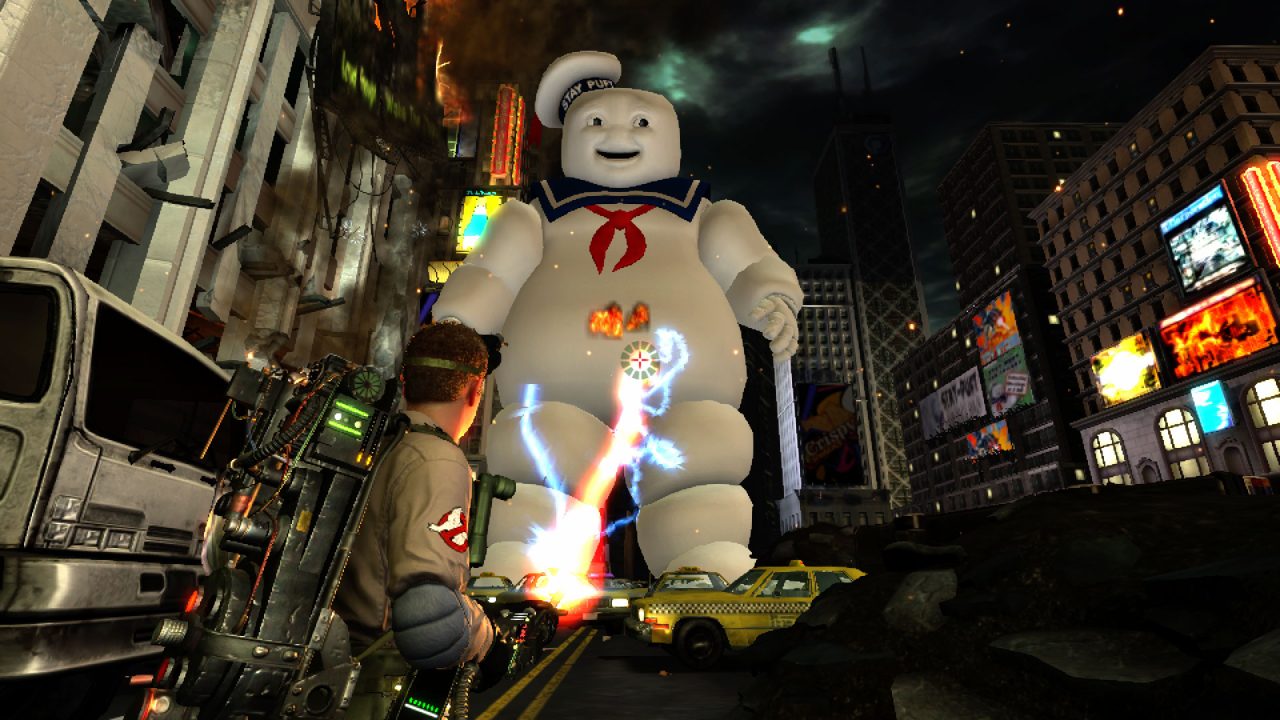 What do you get when Dan Akroyd and Harold Ramis write treatments for a third installment of the Ghostbusters movies but never get it produced?

You get Ghostbusters: The Video Game.

Before I get started, a disclaimer: I am reviewing the remastered edition on the Xbox One which came out several years after the original 2009 version it’s based on. The 2009 versions for PS3 and Xbox 360 are the same game, however, the Wii version was a similar but separately developed title.

The reason I mention this is, being a retro game site and all, it may seem like an odd choice to play a remastered title, but honestly, it’s just easier to capture screenshots.

Oh, and not to mention that the PS3 version I bought is seriously bugged (update or not) and you cannot continue your game from a save! It was all or nothing, and after three longer sessions of starting over, enough was enough.

Xbox One version, here we come…

So, if you end up playing this game remastered, just know that the graphics (especially some of the tiles) do come off as blocky and over ten years old. The rest of the game, while fairly mundane to play through, is rather enjoyable.

The entire cast of the series, from Akroyd to Ramis, Bill Murray, Ernie Hudson, and even Annie Potts, all reprise their roles from the movies, lending their voices (and likenesses) to what’s considered to be “Ghostbusters 3” for hardcore fans.

Some easter eggs withheld as to not spoil the fun, I too feel as if this is loosely a proper movie sequel, with some reused bits from the original two movies mixed in.

Your character is a cadet, a new hire, or often referred to as “the rookie”, who does a lot of the dirty work. Some new toys are in store, but the game begins with familiar situations and a trusty proton pack, which sees upgrades throughout the game’s levels.

The levels are awkward and sometimes it’s not incredibly obvious what it is you’re supposed to do. Even the autosave feature appears to be broken at times, so be careful if you do not finish a level, because you really don’t know where you’ll restart (especially if you’re on the bugged PS3 version).

The rest of the game includes plenty of comic relief, but the challenge is really up to you. If you set it low, you’re kind of playing through a movie where you can’t die. If you set it elsewhere, it’s a mixed bag of cheap deaths and impossible tasks.

My recommendation? If you can snag this on the cheap, do so. It’s a fitting tribute for any Ghostbusters fan.