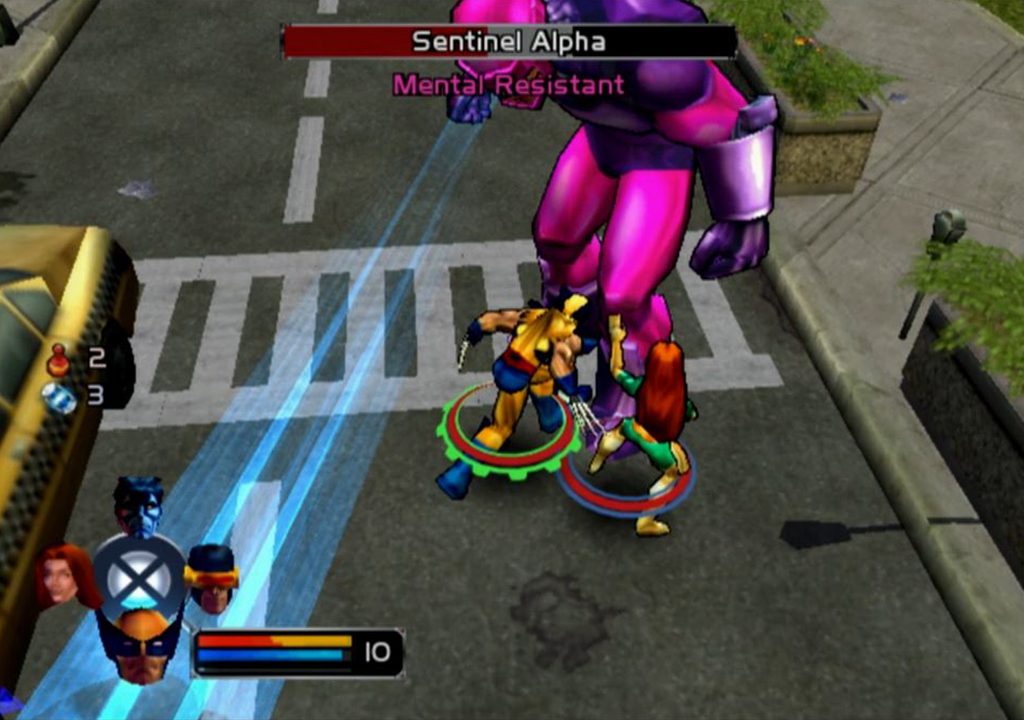 Hey! A video game based on a comic book and it doesn’t suck?

This was a new concept way back in 2004, where the usual schlock of movie and comic tie-ins ended up as horribly constructed video games.

Low and behold came X-Men Legends, a pseudo RPG and action game which borrowed from the latest X-Men movie craze but also remained faithful to the strongly influenced comic book tie-ins throughout.

You begin the game as Wolverine, completing missions as you navigate throughout each level. As the game progresses, more X-Men are added to your party. Villains are a-plenty too, whetting the whistle of any X-Men fans with a diverse cast of just about anyone you could think of.

Voice acting, including Patrick Stewart reprising his Professor Xavier role, adds an extra element to a well-designed and graphically gorgeous game for its time: the characters are cel-shaded into a more realistic looking environment, creating a mix of both reality and fantasy worlds.

The blend works, as does the action aspect of the gameplay, however it can become repetitive and the limitations of the PlayStation 2 kind of did this title in for me as far as being a completion-ist. The main storyline revolves around “Allison”, a gifted young lady who is working her way up to becoming a member of the X-Men.

It’s a novel concept, but also forces you to revisit the X-Mansion between missions, adding extra layers of Danger Room training and lengthy dialogue sequences that are mandatory to forward the story. You’ll learn a lot of backstory on each mutant, collect items which serve as Easter Eggs to the main mission, and more, but you’ll also writhe in pain over the loading times: even switching between inside/outside or the three floors of the X-Mansion get to be a chore.

The main thing is, the formula for this game evolved into what is now the Marvel Ultimate Alliance series. A remaster of this game would be great, if only to finish it, but I just couldn’t bear the thought of wasting more time on loading screens – especially when you die and have to restart from a save (or “X-Traction” point!)

However, comic book and X-Men fans alike will enjoy this game to some degree. There are side missions which delve into Jean Grey’s “Dark Phoenix” and Wolverine’s “Weapon X” that are worthy inclusions to an already deep title.

Again, I give this a thumbs up understanding that my backlog is a bit too large to spend too many hours on this. I may return to it later, but for now it will remain an incomplete as I move on to the sequels.