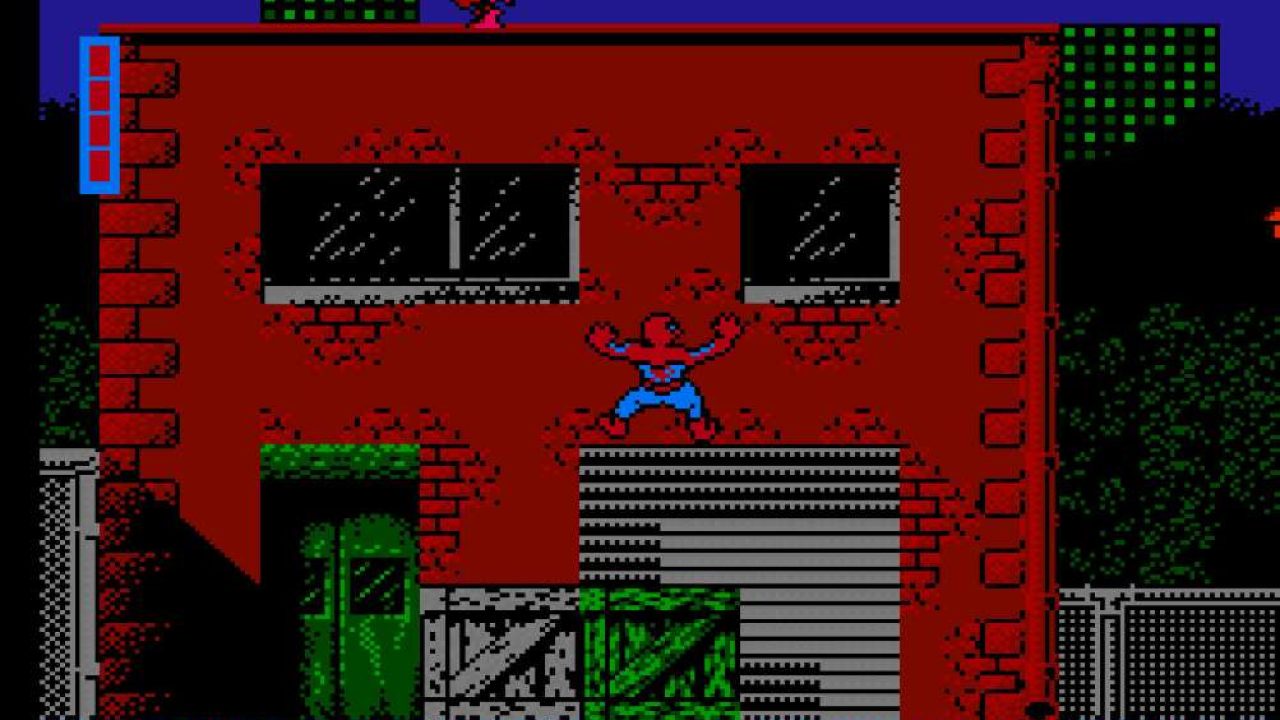 Spider-Man: Return of the Sinister Six

Once upon a time Nintendo games challenged the patience of young kids everywhere. Video games used to present a repeating challenge, such as Pac-Man or Space Invaders, with the idea being each level gets more difficult so the arcade machine sucks more of your quarters.

The 8-bit home console era brought about more linear gameplay, with many games amping up difficulty because there were only 6-8 levels in them – and I assume, you wanted a bit of a challenge so it didn’t seem as if you wasted your hard-earned $50-60 on a game you could beat within hours.

In this light, I’ve long since forgiven some games with stupid difficulty curves. Yet, there are others that are nigh impossible to beat, such as Battletoads. The original Teenage Mutant Ninja Turtles made by Ultra Games (not to be confused with the fantastic Konami arcade version, ported as Turtles II: The Arcade Game) is yet another of those frustrations I had as a child, only to learn that one area was literally a bug within the title that was hard to get past regardless of skill level.

Over the years I’ve played my share of games with gimmicks, such as Ninja Gaiden, which ratcheted up the toughness with very little health, no continues, and/or a timer to beat. (Gaiden had all three!)

But never did I suspect that I’d run into a game so haplessly thrown together that it would make me enjoy those aforementioned torture fests more than what I was playing.

Enter Spider-Man: Return of the Sinister Six, a game I sought out during the current Spider-Man multiverse craze, thinking that it might be a cool, lost title of the early 90’s.

Little did I know how far from the truth that statement might be.

Spider-Man looks cool on the screen, and can use his web shooters: getting around the two-button NES controller by using both B and A buttons simultaneously, you can shoot the webs.

But can you use them? Not really.

The distance doesn’t go far, it doesn’t stick to much, and the web-swinging motion is easily canceled out by what I can only describe as the worst controls in nearly any game I’ve played from this era.

You see, you can jump with B. But you can’t really jump in a direction easily. Then all of a sudden you summersault, a la Metroid, but you can’t control where you toss to. And while jumping, you can’t attack.

Actually, you can’t attack while moving whatsoever. And while attacking, Spider-Man moves haphazardly on the screen, oftentimes through or past his intended target, which takes a nice cheap shot at your 4 blocks of health.

You can kind of get that health back, but not easily – and once you die, that’s it. You get one life, and one continue.

That makes the game challenging to say the least, but the collision detection goes beyond that, as every stray bullet (which travels the entire screen) can hit you with ease, while you can’t easily crouch and hit smaller rats which respawn to jump at and kill you. As you attack, you might punch – or jump kick – it’s totally random as to what you do, and if it will hit your enemy. But it will move Spidey, sliding him into more precarious positions, ultimately to kill you and have you start over.

I threw on some cheats to see if I could get further in this game than humanly possible, and well, you can’t really do that either. There are pits where you can’t jump high enough to get out, can’t directionally jump to get out of, can’t sling your webs to catch anything, and pretty much have to die to restart the level – or the game.

Worse, someone decided that Spidey shouldn’t just stop at the top of a ladder, and so he just falls down, to start again, as if it were greased up by Macaulay Culkin in Home Alone.

Since ladders are used everywhere, the jumping mechanic supersedes any need for web-slinging, the primary function of our web-slinger. And since jumping sucks, and you can’t attack in mid-air (like Turtles or Battletoads) you die – and if you have infinite health cheats, you kind of just jump around aimlessly, hoping to stick to something that’s part of a climbable part of the level and not a wall you can’t get past.

Beyond that, there are objectives where you must acquire items to get to the next part of a level. If you’re fortunate enough to find a boss, good luck, because you won’t be able to hit them or they spawn off-screen, or worse, on top of you.

It isn’t a wonder this game was made by the factory of misery known as LJN, famous for acquiring licenses but making terrible games.

Even with my Spider sense of nostalgia, this is a game best avoided at all costs – and easily a contributor to why parents and kids avoided anything licensed from comics, TV, or movies for many years. It was seriously so bad that I couldn’t even attempt to finish it with cheats.

My heart sincerely goes out to anyone who was given this as a kid and forced to play it!