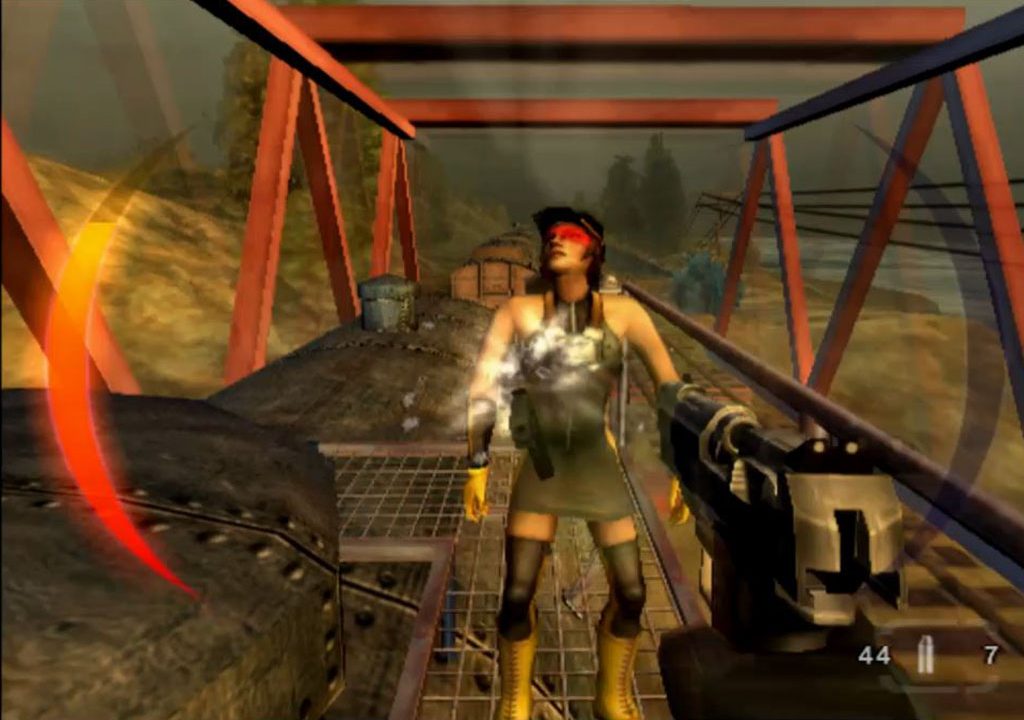 It took me awhile to beat this one, but I finally came back around to the TimeSplitters series, with the game I felt was their best effort: TimeSplitters 2.

As with the original, much of the development team was carried over from former Rare employees who worked on Goldeneye 007 and Perfect Dark for the N64. Unlike the original, this game kicks down the door with sharper graphics (especially improved menus that don’t look generic like the launch title did) as well as playable characters, graphics, and much more.

Multiplayer on this was also great, and of course, one of the groundbreaking features (for a console) was the ability to create your own maps.

In all, I forgot how solid of a title this game was. I’m glad I revisited it and if you’re a retro gamer looking for a good FPS with that old Goldeneye feel, you’d be hardpressed to find one better than TimeSplitters 2.