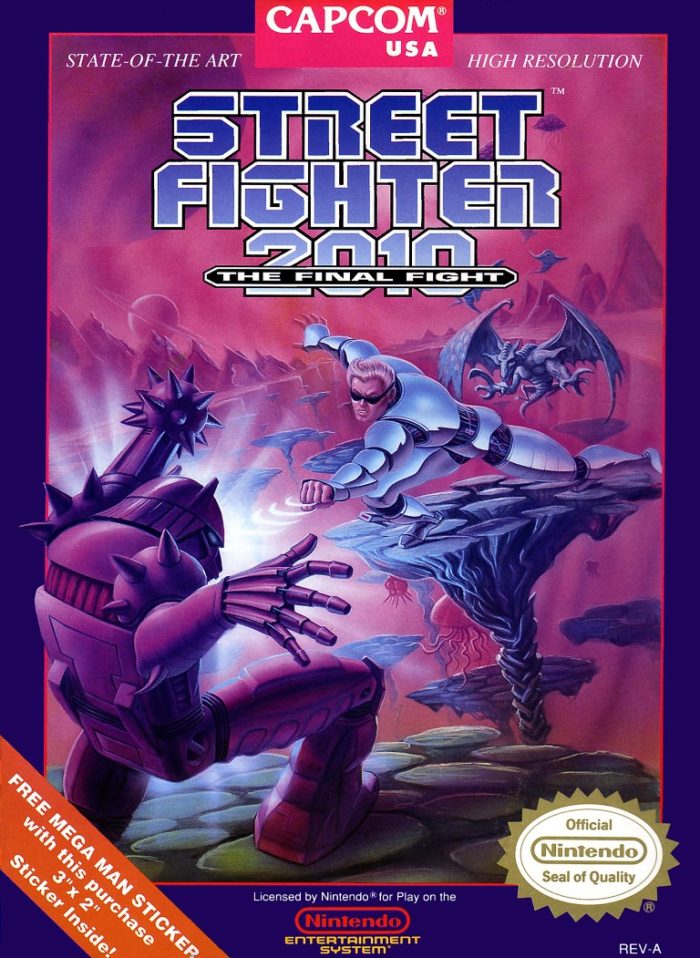 No joke, this is the game that is technically Street Fighter 1’s “sequel”. Capcom had created the first arcade Street Fighter and then re-badged this game for the North American market as some pseudo-sequel to that game by renaming characters and implying that Ken in this game is the same as the one from the arcade fighter. (Note: This game actually came out before Street Fighter II fever swept the world.)

I can’t honestly fathom a world where this game was actually popular. I do recall one of my best friends had it, but it felt like a knockoff of other games at the time such as Contra. (And equally as frustrating to play!)

The levels consist of “targets” which Ken must take out. They’re small boards, and in many cases, just a single screen. The targets repeat often and there’s not a lot of variety. Littered between levels are cutscenes similar to the Ninja Gaiden series. They’re just as cheesy, suggesting futuristic technology in the year it takes place (2010) and also includes a heavy dose of outer space and aliens.

Each stage you must kill the target to gain enough power to open a portal, which then only stays open for seconds. Miss the opening and start over. (Like other games you only start with a small number of lives too.) The main character, Ken, can also gain power-ups to strengthen his “Hadoken” which looks more like a laser/wave weapon than how we’ve come to know it. 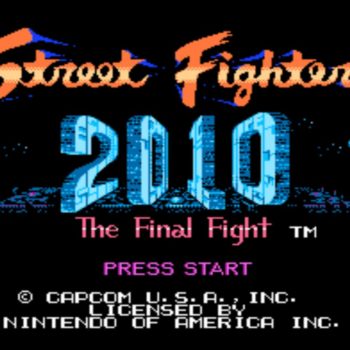 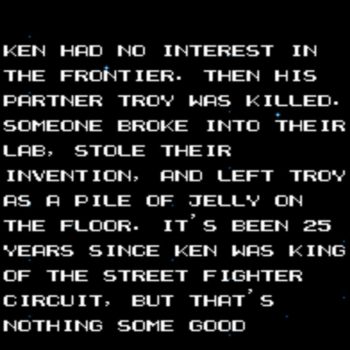 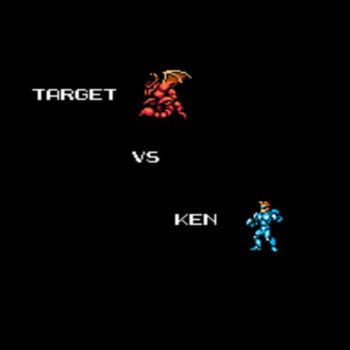 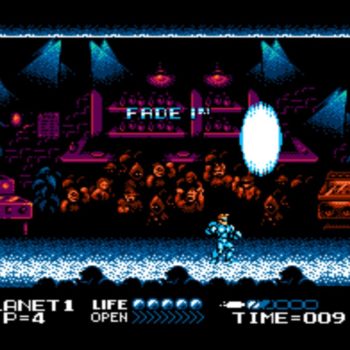 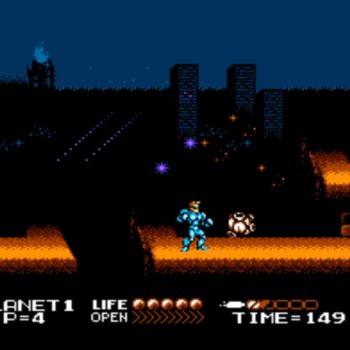 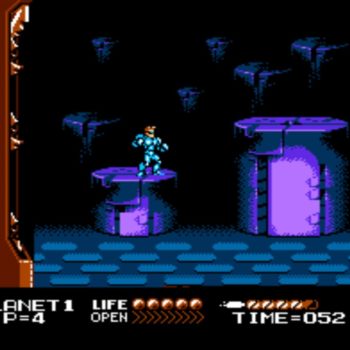 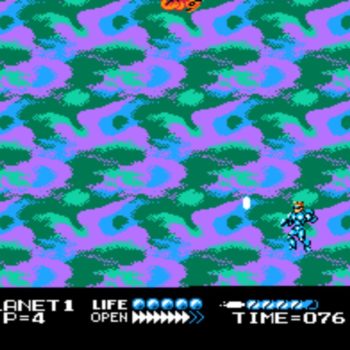 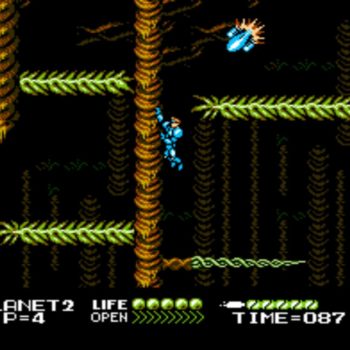 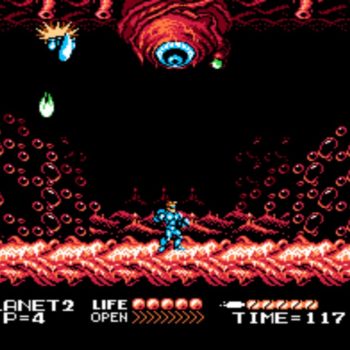 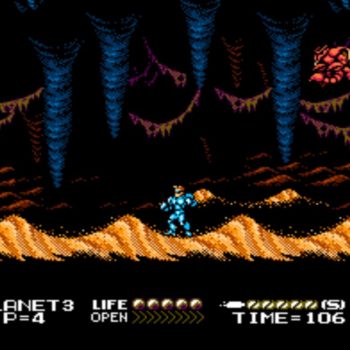 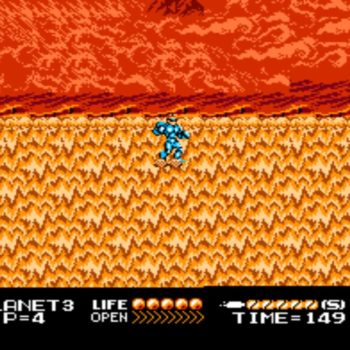 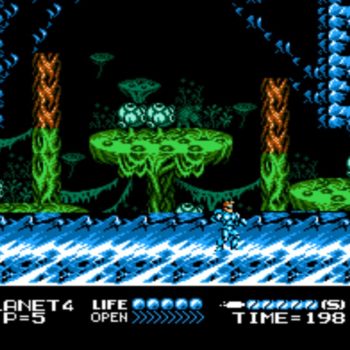