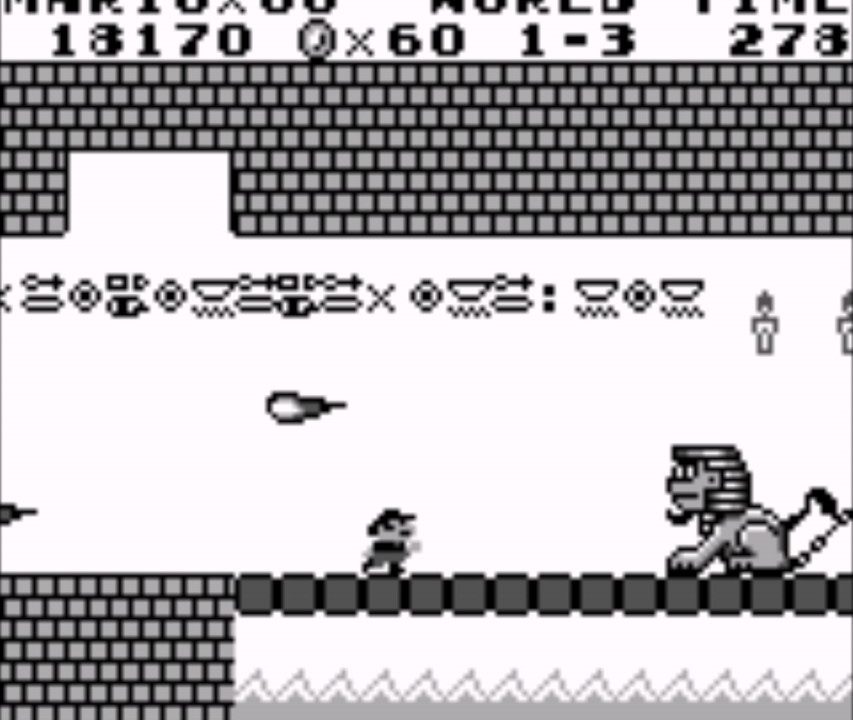 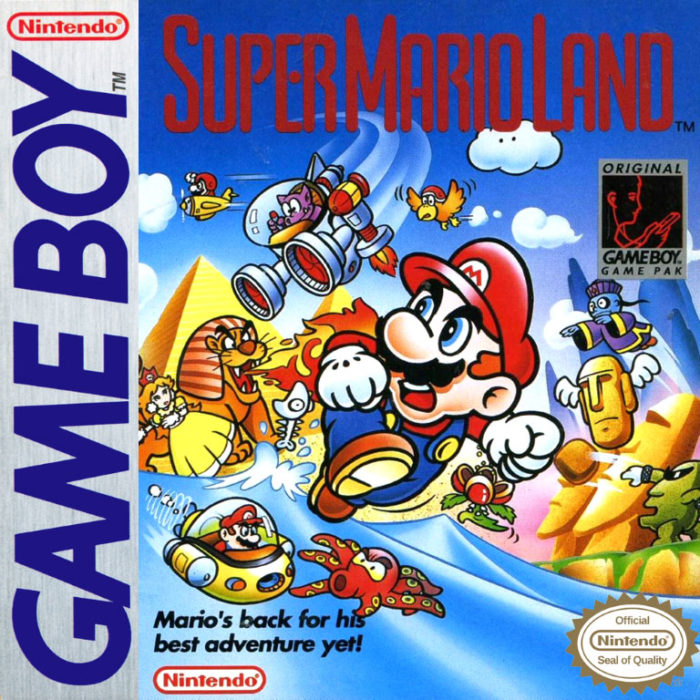 Warning: this will not be a popular take.

I am not a fan of this game whatsoever. I’ll play it, but it’s far from even landing in my top five Super Mario Bros. games if it even makes the top ten.

Yes, it was immensely successful. It was the only Mario game for the Game Boy at the time, so how could it not be?

Now, SML wasn’t terrible by any means. But it’s so largely inconsistent from the other Mario titles of its era that it stands out in a not-so-good way. One reason is that Shigeru Miyamoto did not work on this game. That led to some dubious elements, to say the least.

In short, think of Super Mario Land to be a departure from the main series very much like Super Mario 2’s US version was (but nowhere near as startling of a change).

First, Mario is in a new environment known as Sarasaland. I suppose its intended to be a desert-like world, as there are Egyptian-style overtones with the overall style of the game and its enemies. However, the main boss is supposed to be a “spaceman” and therefore you’ll also see UFOs in some stages.

Goombas, Piranha Plants, and Koopas are still around, though the later act as bombs that explode after a few seconds when stomped on, rather than being able to kick their shells around. The bees from the original Mario Bros. arcade game make an appearance, Princess Peach is replaced by Princess Daisy, and the rest of the game fills in the blanks with fire-spitting dragons and other original enemies.

Also missing: the old flagpole, which is replaced with two exit doors. (One of which will send you to a bonus game to earn additional lives.)

Two of the stages have Mario piloting either a submarine or airplane in shooter game style: which is incredibly awkward. The fire flower power-up has been replaced with a “power ball” that Mario tosses: he can only use one at a time, which is another departure from a Mario series staple.

Mario himself is small on the screen, with everything incredibly condensed. This makes for some difficult jumps, but overall, the game is easier and much smaller in scale (fewer levels) than Super Mario Bros.

I didn’t overly hate this game, but I was never in love with it either. It gets a thumb in the middle verdict from me. 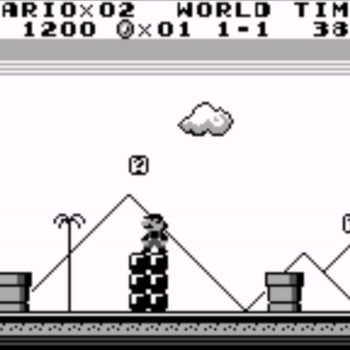 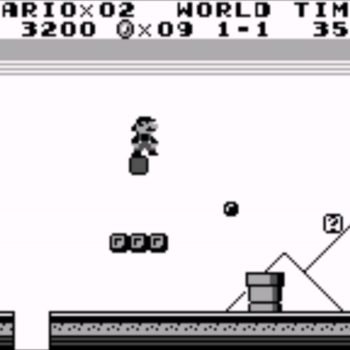 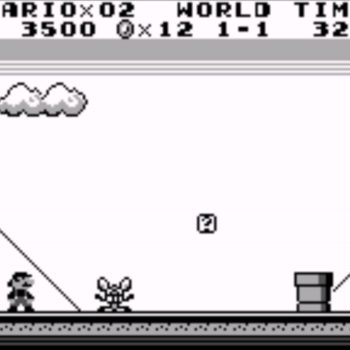 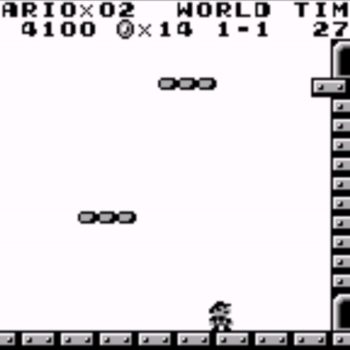 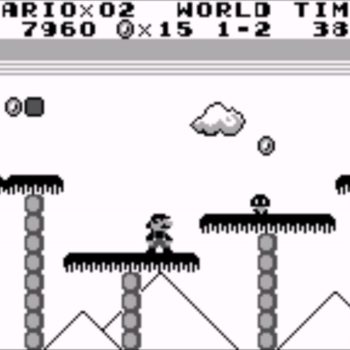 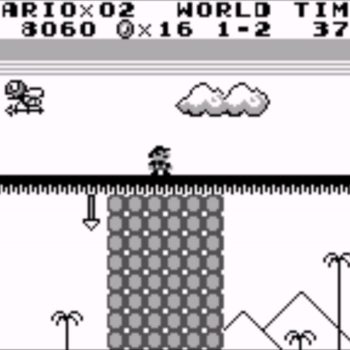 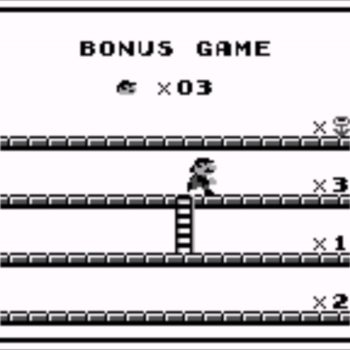 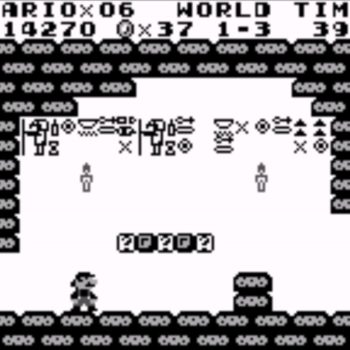 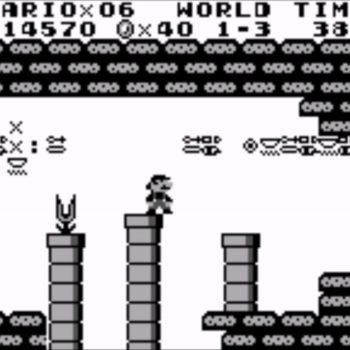 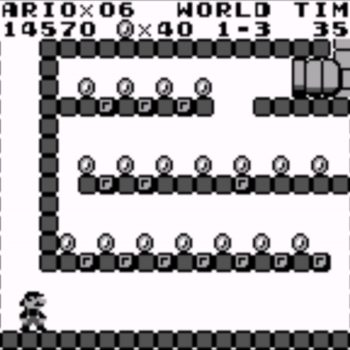 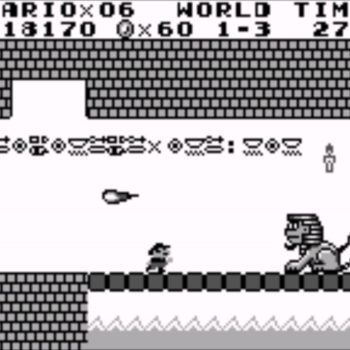 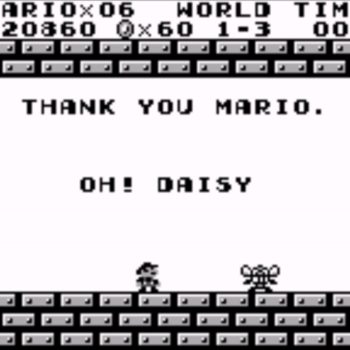 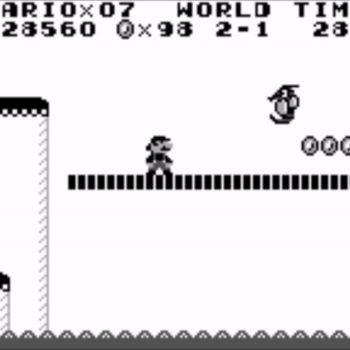 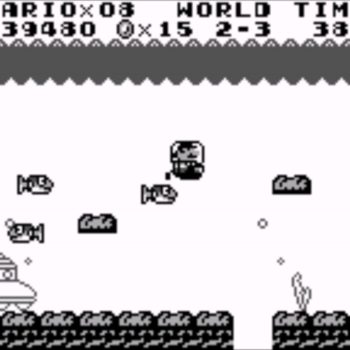