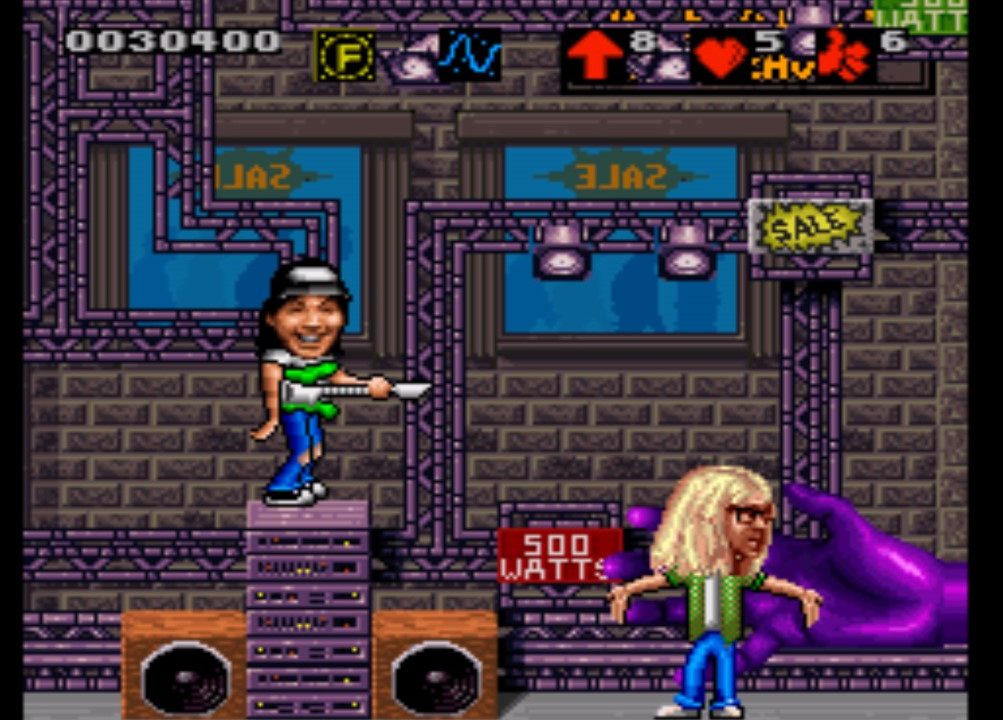 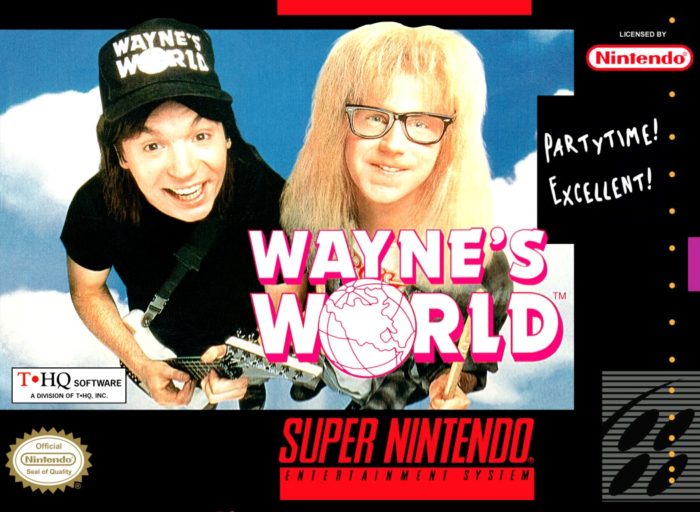 Hey Joe, they made a SNES game based on Wayne’s World and I think you should play it.

Shyeah, and monkeys might fly out of my butt!

But low and behold, I did play it. This was right next to that WCW game in the “W” section of my collection and made me do a double take. Is that Wayne’s World?! THE GAME?!

Let’s cut to the chase. You already know this is a terrible game. You didn’t even need to look past the box art to figure that much out.

What I can’ figure out is this: who thought it was a good idea to market this game? And what poor game developer had to work on this steaming pile of poo?

That aside, the cutscenes for the game are funny, but that’s about where the fun ends. You start as a half CG, half digitized Wayne, complete with a guitar that “riffs” at animated enemies like coffee cups and drumsets. You walk around each level until you realize you cannot go any further. Then you double back and fall into an area, unable to jump back to where you were until you wander into another dead end.

You literally have no clue where you’re going because the graphics are so cluttered with the same repeating garbage that every single screen looks nearly identical. The enemies also respawn, leaving you with no indication if you’ve been in a given area before while trying to find your way out.

Once you do find your way out, Garth is there. Party on, right?

A giant purple hand comes from the side of the screen and pulls Garth away. You then get warped to what looks like the start of the same stage, but it’s just the next level that looks exactly like the previous one. (That happens a few times.)

There are no plot points telling you why you’re in a stage that looks like Honey I Shrunk the Kids in a Coffee Shop, nor do you know why this hand takes Garth away, but then he’s on the couch talking to you between levels.

Actually, there’s no telling what level you’re on because it never says it on the screen other. Oh yeah, and there are “boss fights” too. I fought some mechanical dinosaur snake lizard thing at the end of what I assume is World 1.

But wait there’s more! Wayne has “special moves” which I have no clue what most of them are outside of “Schwing!” which looks like a combination of Wayne air humping and a nuclear bomb detonation.

This game is truly trash and as much as I was chuckling at it, the novelty quickly wore off and I stopped playing. It goes where it belongs, on the blacklist! 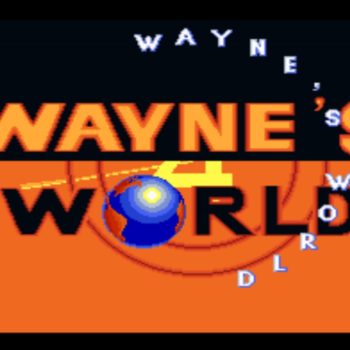 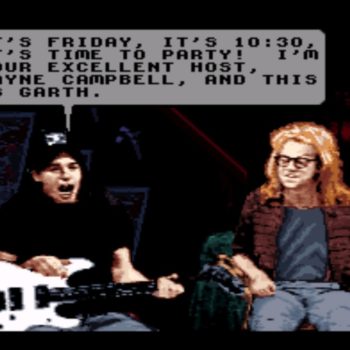 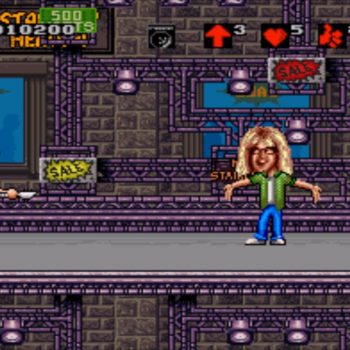 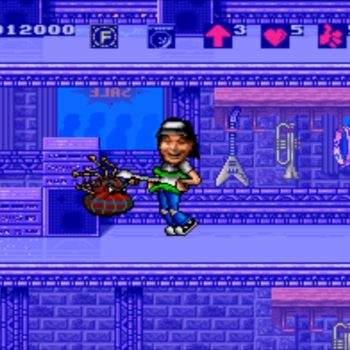 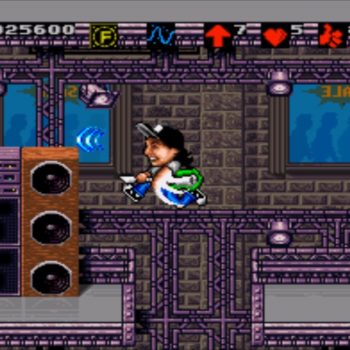 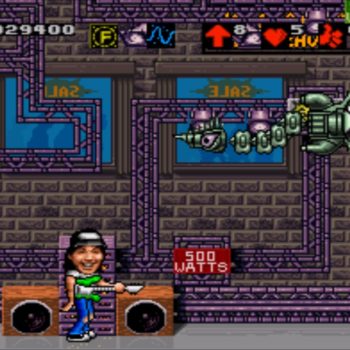 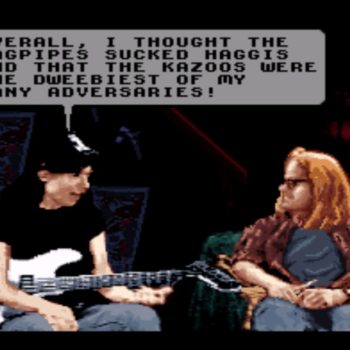 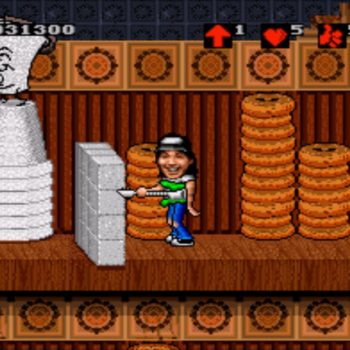