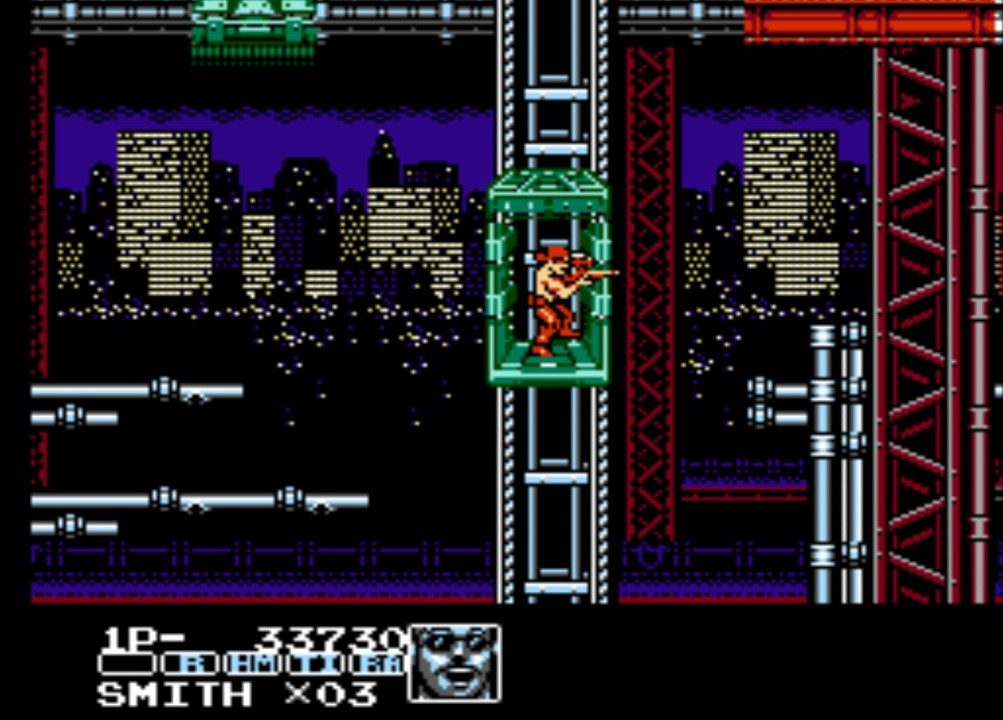 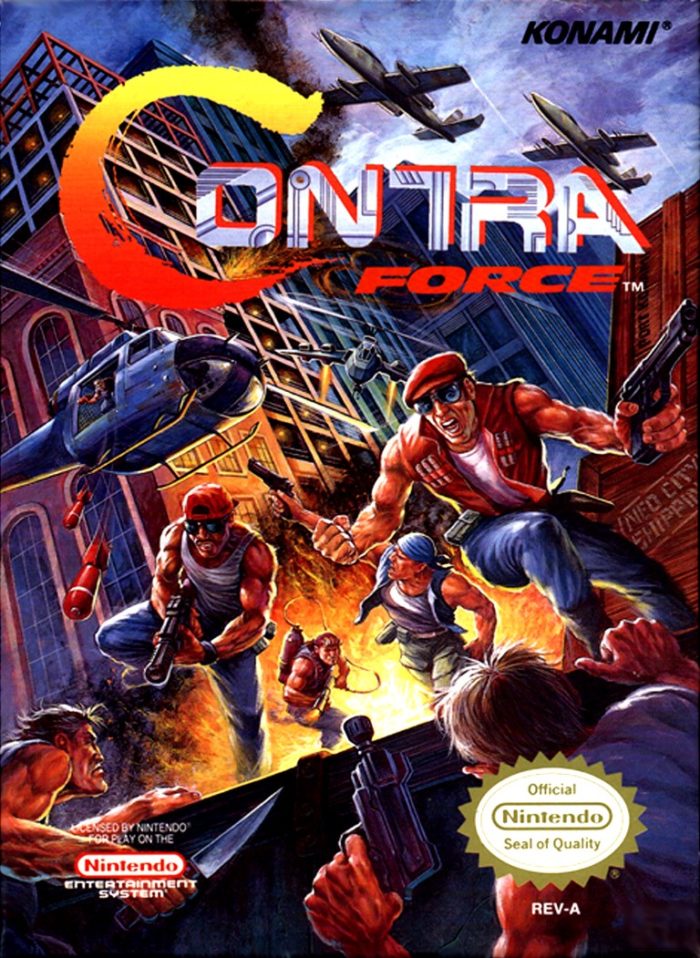 I have no idea what Konami was thinking when they released this game. My initial thought is that they developed a game that sucked and had to slap the word “Contra” on the box to get some sales.

Contra Force has zero ties to the first two Contra titles released on the NES.

And I do mean zero.

It feels like your typical side-scrolling action game and nothing like the other Contra titles, with exception of the overhead style levels which are closer to what was seen in Super C, but even those feel more like akin to a game like Commando with the side-scrolling ones in the vein of Double Dragon when it comes to the size of your playable character and the enemies on-screen. (With bosses being absolutely huge and annoying to defeat.)

The graphic direction is different. Entirely different. Gameplay is too, where different guns are instead replaced by upgrades given when finding briefcases. Like the others you lose those upgrades when you die, which is far too often.

Your weapons are instead dictated by choosing which character you want to take into battle. There’s a submenu to change characters or even use a computer-controlled partner, assigning a strategy of how they operate. You can get around the three lives limitation by switching within this menu, though unlimited continues help.

The worst part of this game, aside from the cheap kills familiar to NES players, are several areas with nearly impossible jumps. I spent a great deal of time in one area attempting a single jump: I couldn’t imagine doing so without the benefit of save states.

Therefore, this game gets a thumb down. I completed it. It was cheesy. It was buggy. It was gimmicky. And most importantly, it was not Contra. It was a slow-paced game borrowing a popular title. It’s playable but it’s not that much fun. The only appeal is being able to say you’ve played another “Contra” game. 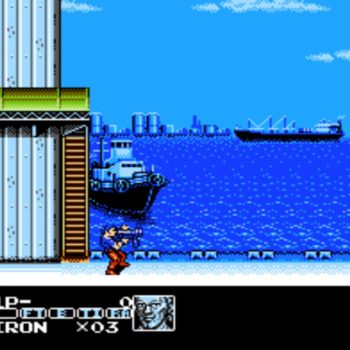 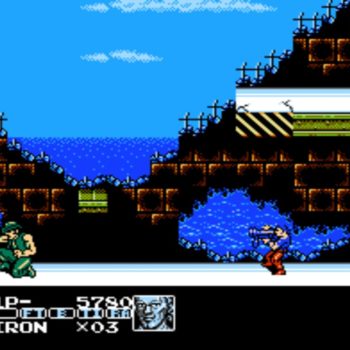 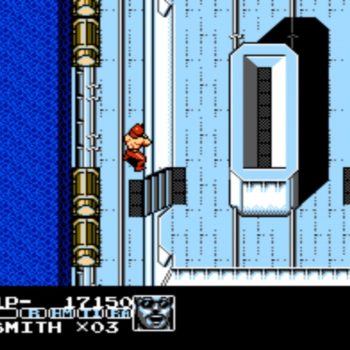 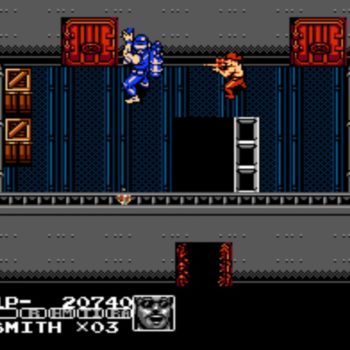 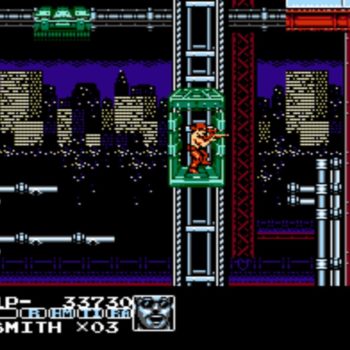 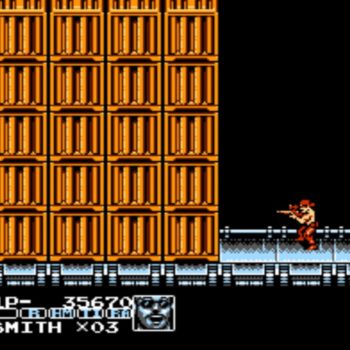 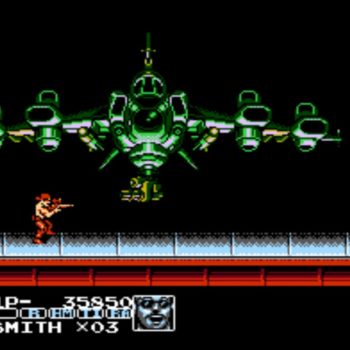 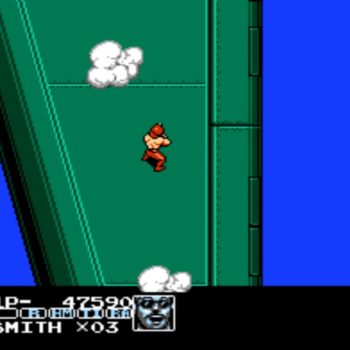 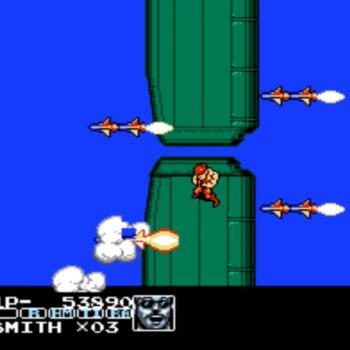 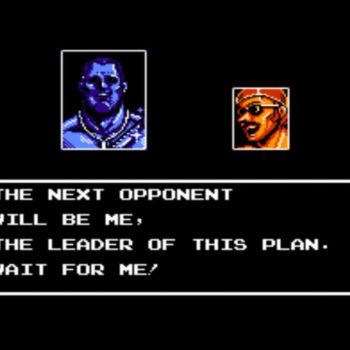 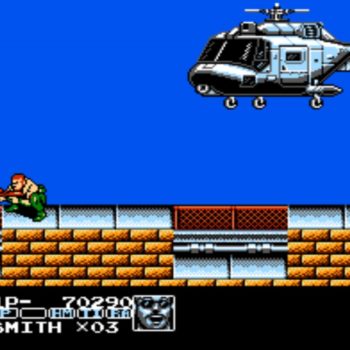 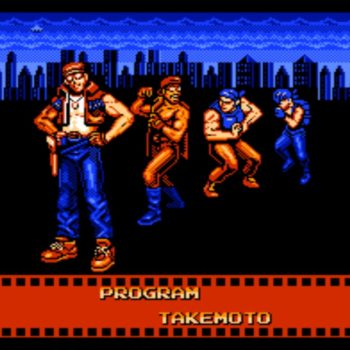