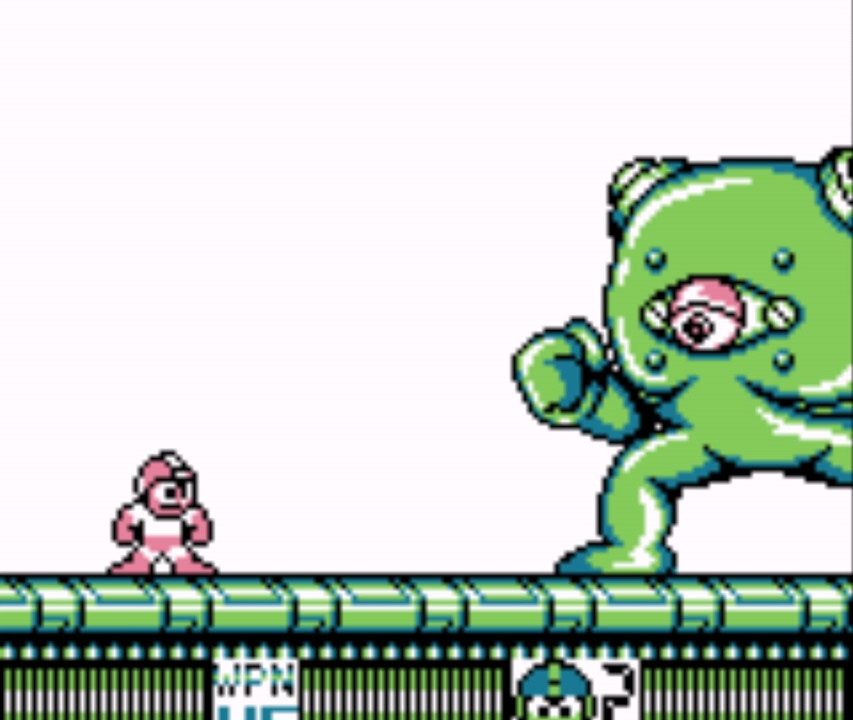 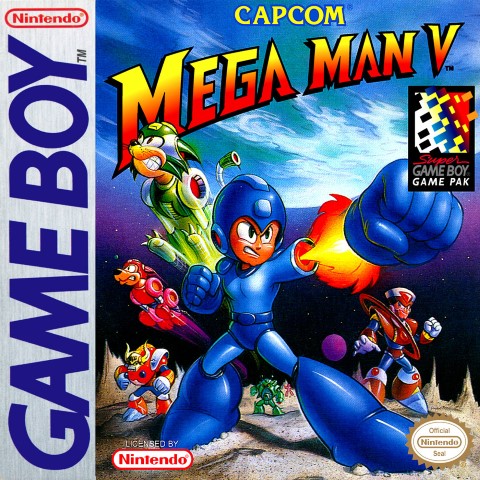 I really panned MM4 for Game Boy as being unoriginal and a bastard child mashup of two of the NES versions. It was so plain and just run of the mill that I nearly didn’t play MM5… but I’m glad I did.

Talk about a complete turnaround! MM5 for Game Boy is the same MM formula but with some fresh ideas. The robot bosses are (mostly) original and there’s an addition of a robot cat assistant just like MM’s dog Rush.

This still carried over some of the annoying “P Chip” system from the previous Game Boy game, but I could live with it as it wasn’t mandatory to get any of the items to complete the game, nor was it a prerequisite to collect the “WILY” letters either.

To top it off, this was the only version to support the Super Game Boy SNES add-on, and as such, had color support. That tremendously helped in laboring through the last of this console’s editions. 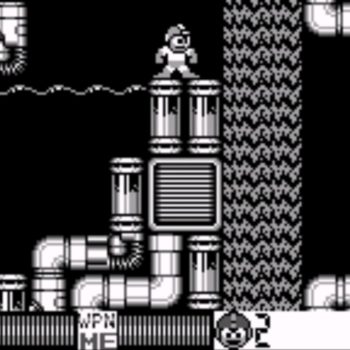 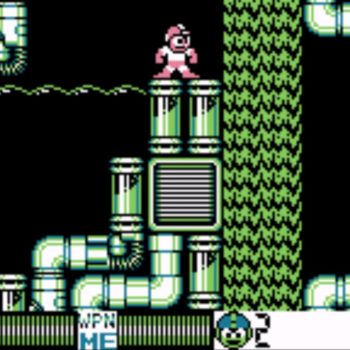 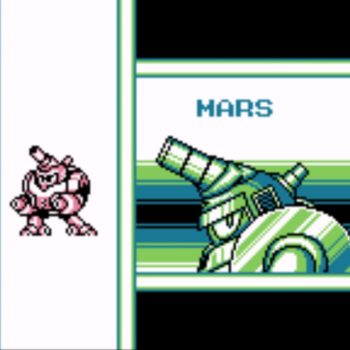 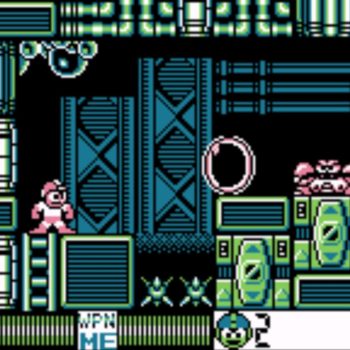 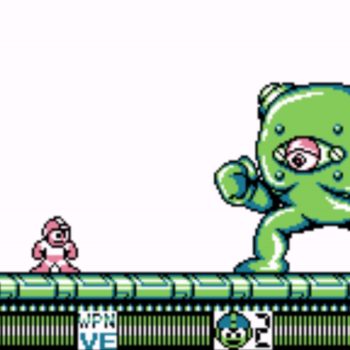 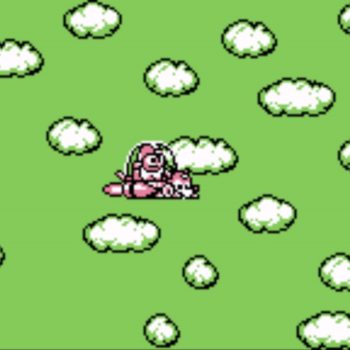 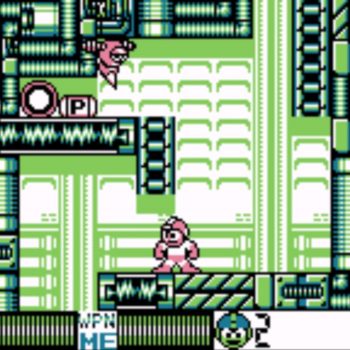 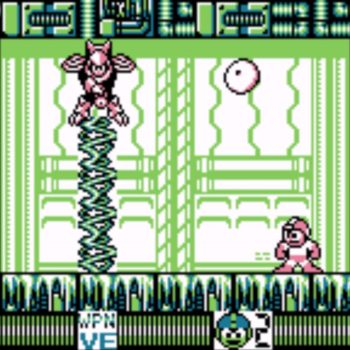 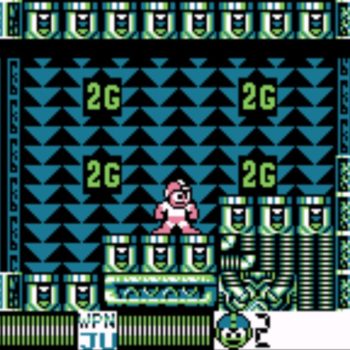 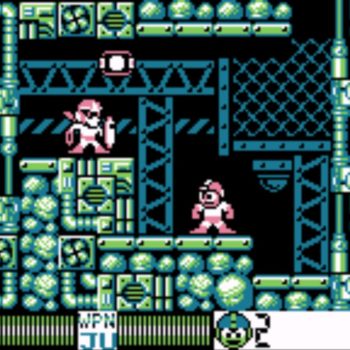 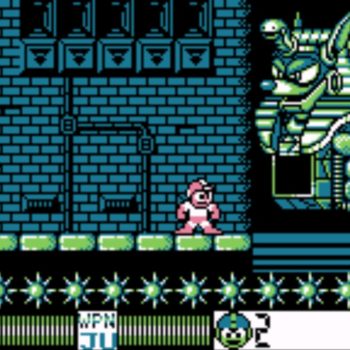 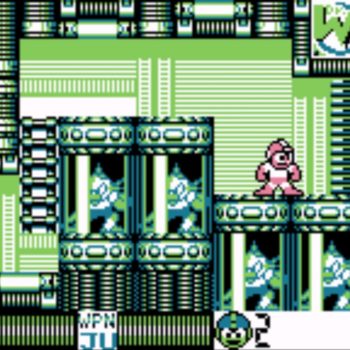 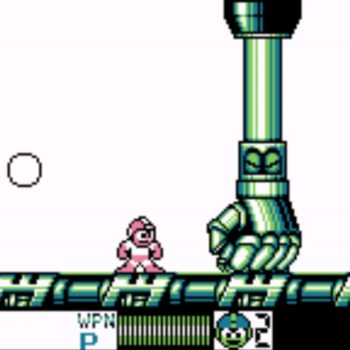 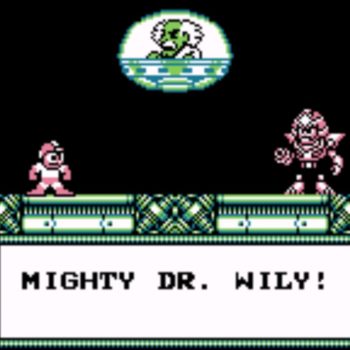