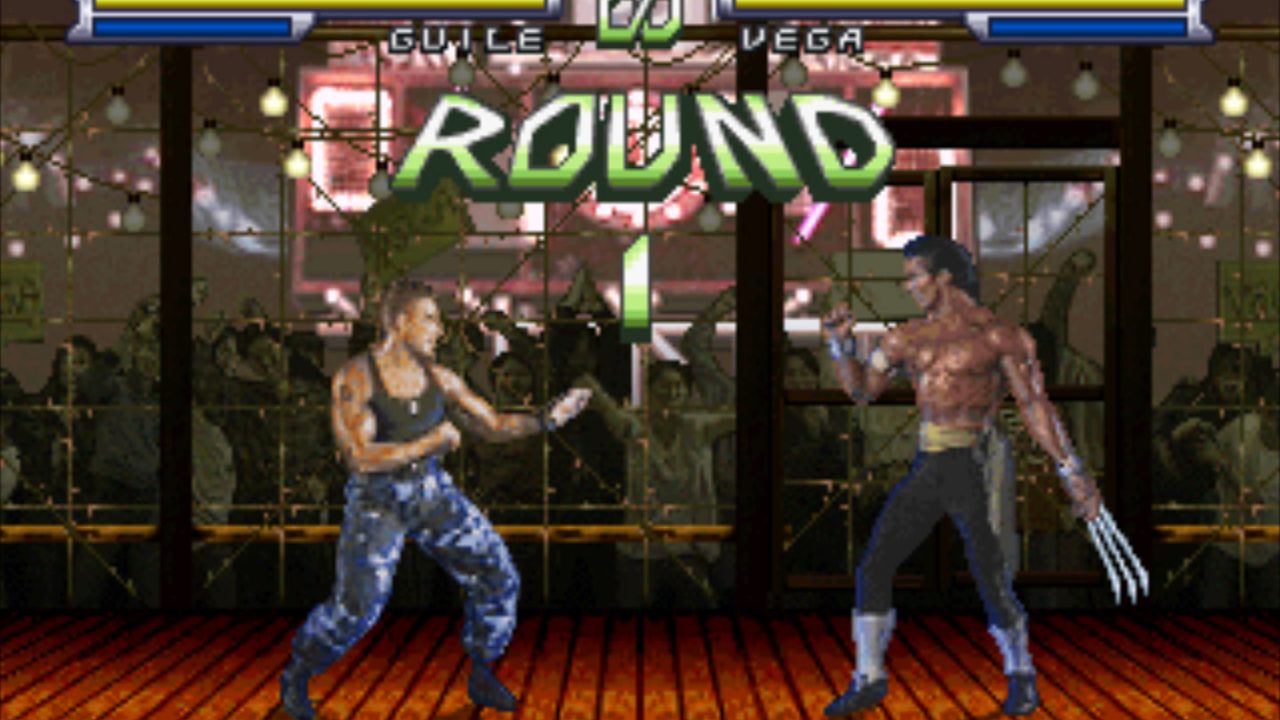 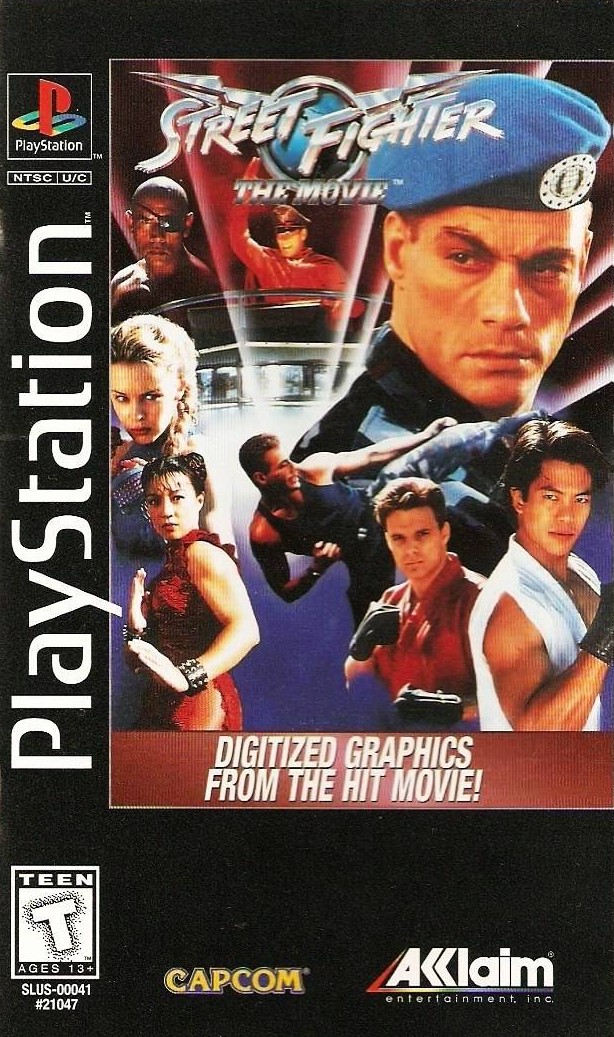 Oh yeah… this is the video game version of the flaming pile of monkey poo known as “Street Fighter the Movie”!

Now, let me be fair about this game: it may have worked if the source material (the movie) wasn’t so horrible. Capcom, in an attempt to mimic the digitized actor style of Mortal Kombat, mixed actors and game footage from the movie release of Street Fighter… into a game… based on the movie.

That’s where the downfall of this title rests. The movie is, in a word, bad. Jean Claude Van Damme is a legitimate bad ass martial artist but gets cast in the wrong role. Instead of being cast as Ryu or Ken, the French man is instead cast as American military brawler Guile.

It all goes south from there, with poor casting and more.

The failure of the film is what brings the game down to a thumb “in the middle” for me. I actually like this game. The result may be as corny as the film itself, but it’s a unique “what if” scenario for the Street Fighter series, and one of few games to lift source material from a feature film into a game.

There’s also a great amount of “fun facts” between this game and its arcade counterpart: namely that this game isn’t a port and was developed by Capcom to be a lot closer to that of Street Fighter II Turbo. That move, along with a few interesting additions/alterations to the roster and game play (which you can read more about here) salvage this title from the usual movie-based game trying to make a buck into something worth playing.

Honestly, this isn’t that bad of a game. Sure, it has its faults (the cut scenes are just, well look haha) but I’d definitely say it’s worth checking out if you’re a Street Fighter fan. 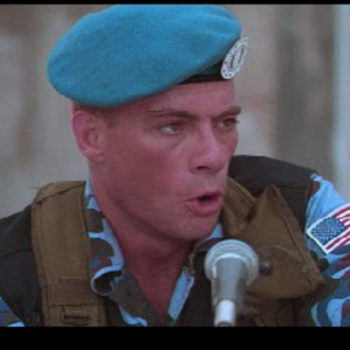 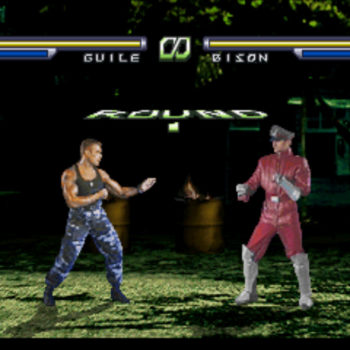 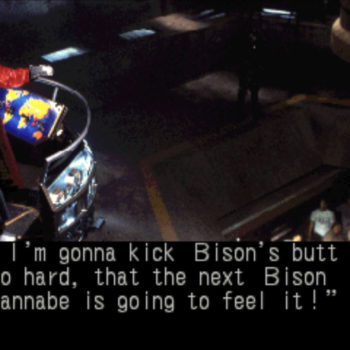 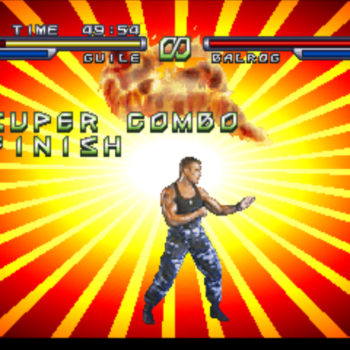 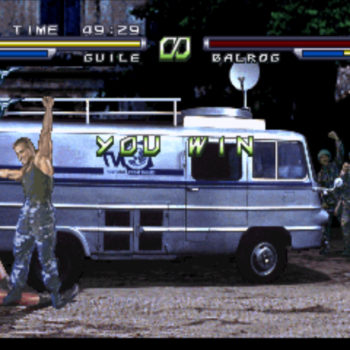 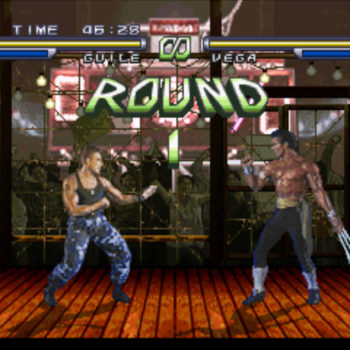 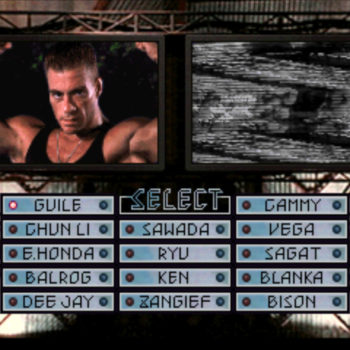 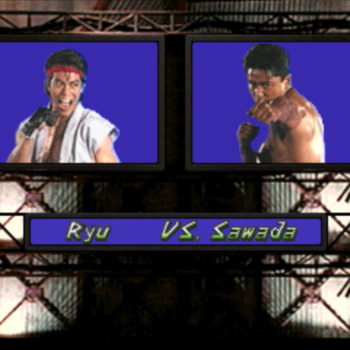 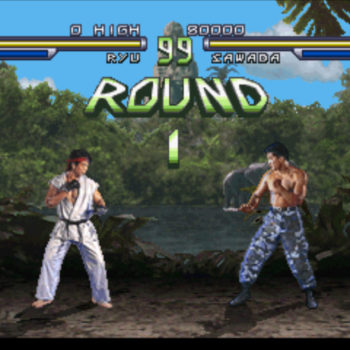 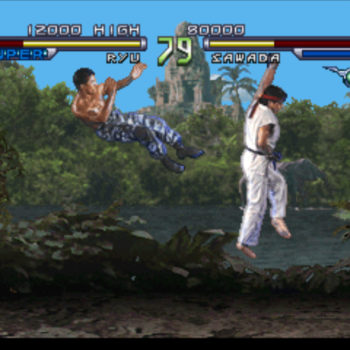 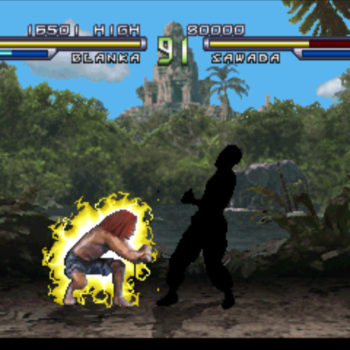 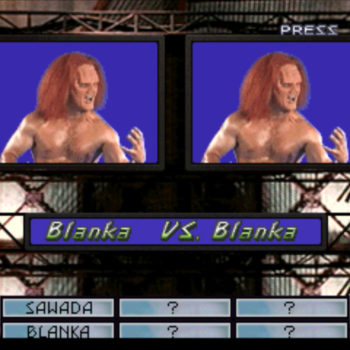 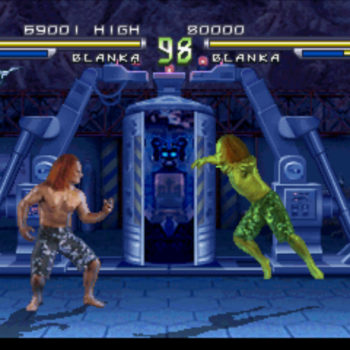 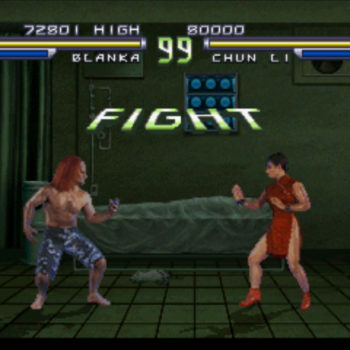