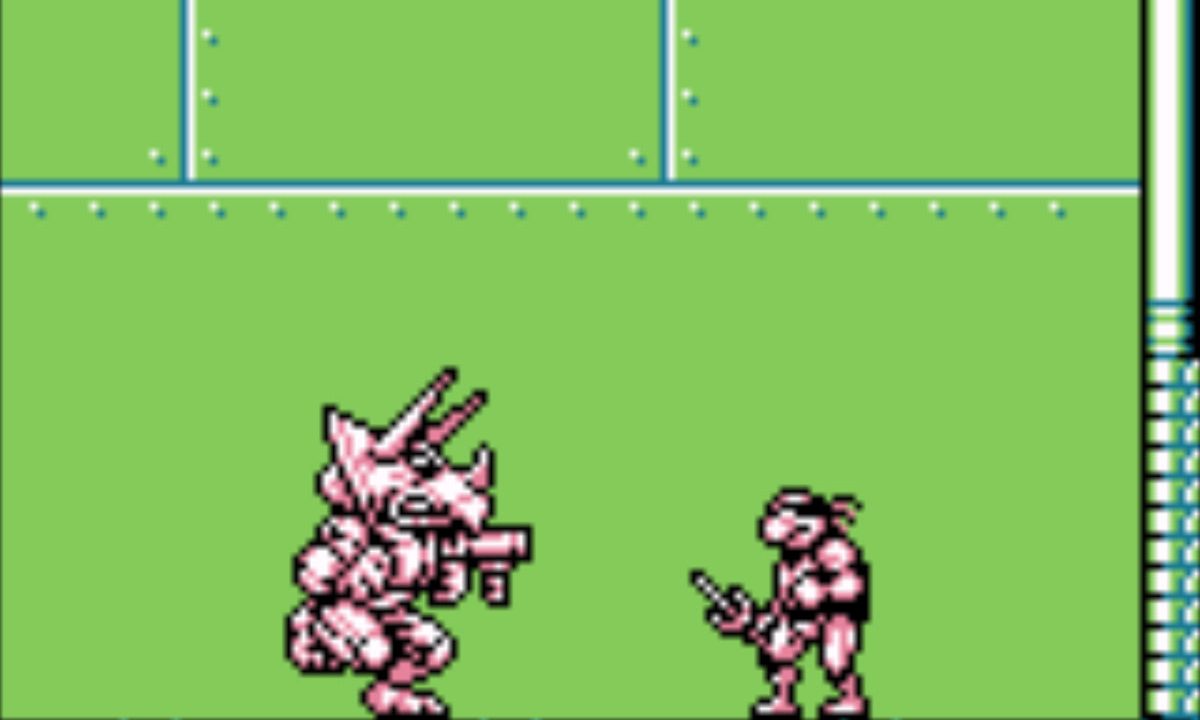 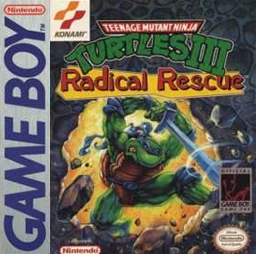 With my recent luck in finding good to decent TMNT games, I continued my quest to play through all of the titles based on the series: which led me to Teenage Mutant Ninja Turtles III: Radical Rescue for Game Boy.

Let me tell you, I really struggled with how to review this game.

Rather than the beat’em up style I’ve become accustomed with in all of the other TMNT games released for this console, as well as the arcade, NES, SNES, and Sega Genesis, Konami went another direction and created a Metroidvania game.

That sounds really cool, right? I love the Turtles and I love Metroidvania games.

But somewhere along the line this game falls way short of the mark by reverting back to the stupidity that we found in the original TMNT 1 on NES. That is, horrible controls, bad collision detection, an endless slew of respawning enemies, near-impossible jumps, and deliberate traps that make me believe no one has ever beaten this game cleanly. (That is, without cheats.)

Much like the original NES game, retracing any steps within a board respawn enemies. That’s not so terrible when you go to the next screen within a level, but once you beat a “cleverly” placed enemy set as a trap, only to nudge the control a hair to the left/right and have it reappear, it becomes frustrating.

Otherwise the premise of the game is simple: you start as Michealangelo and have to save your other three turtle brothers before moving on to save Splinter and April. As you save a new turtle, each has a special ability to help you access other areas on the map you otherwise can’t get to.

All is well until you trek through much of the world map (which is just about useless) to find a dead end or realize that a key you need is all the way back where you came from: complete with respawning death traps.

Should you make it past the 4-5 bosses and rescue everyone save April, you are then taken through a horrible end of the game corridor of doom with shifting platforms, spikes, and enemies which are unavoidable.

Get past that and then you have to reface all of the previous bosses in succession before taking on the main boss, Shredder… who, after being defeated, respawns back to full health for a second round.

And if you get past all of that?

You have to make it through yet another death corridor before you can unlock the door April is held prisoner behind.

All of this leads me to believe I would’ve smashed this Game Boy cartridge to bits as a kid. Luckily, cheats and save states (highly necessary even with cheats enabled) allowed me to see just how stinky of a game this is. Unless you have a morbid curiosity for completion like I do, I’d avoid this game. 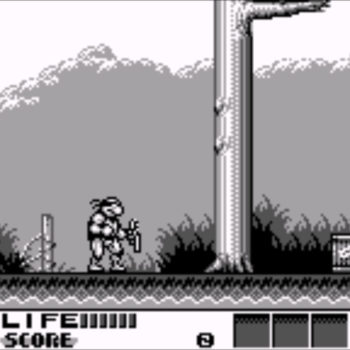 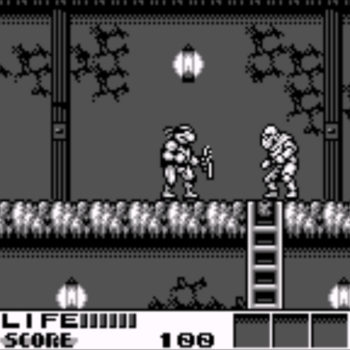 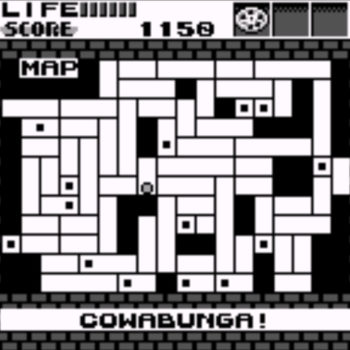 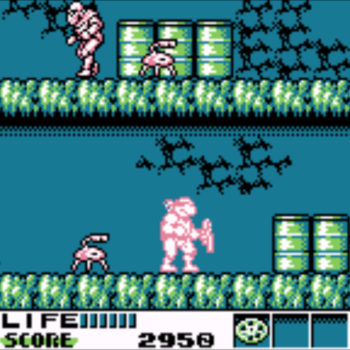 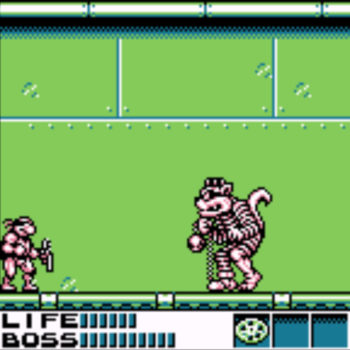 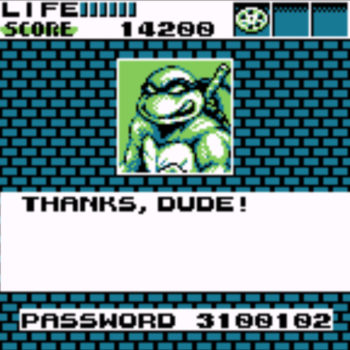 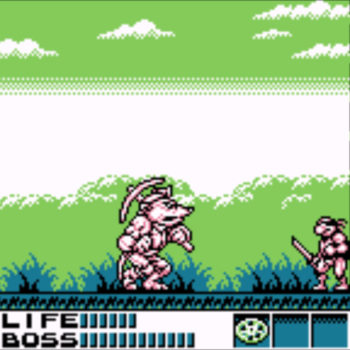 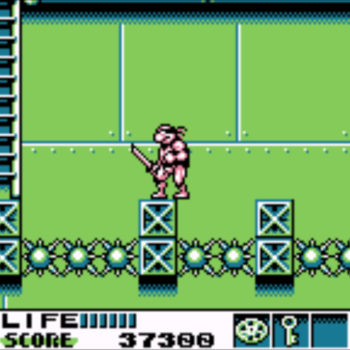 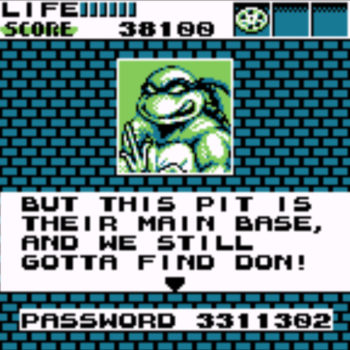 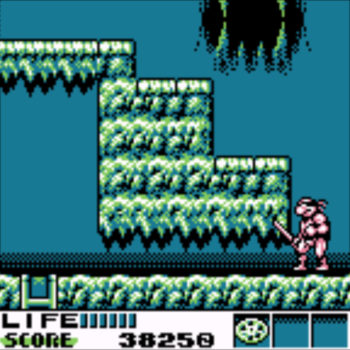 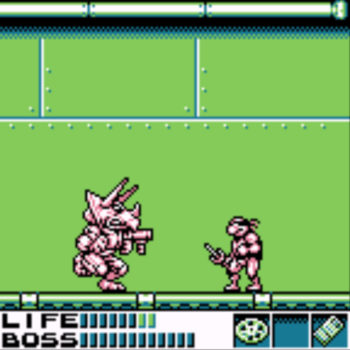 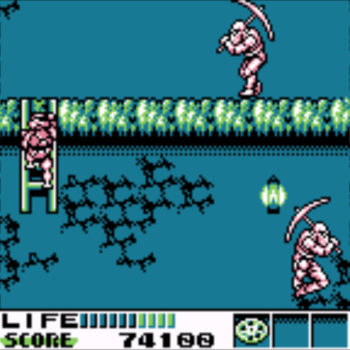 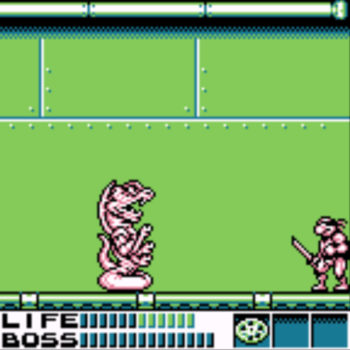 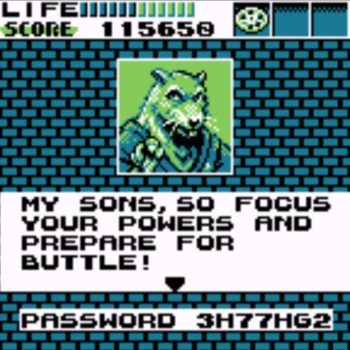 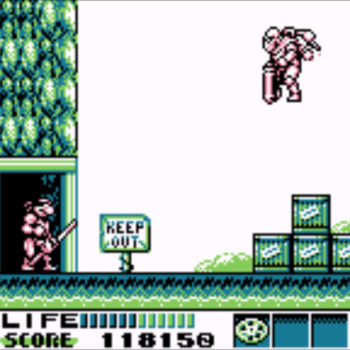 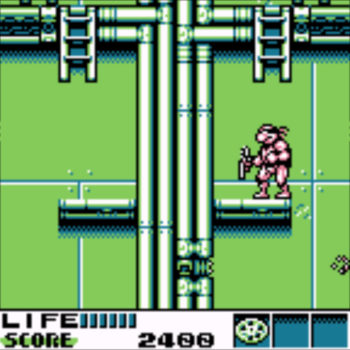 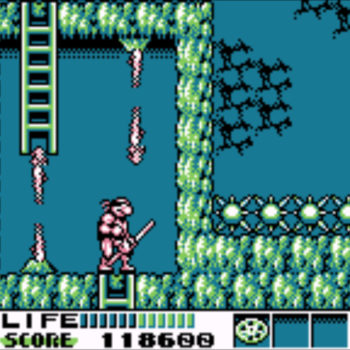 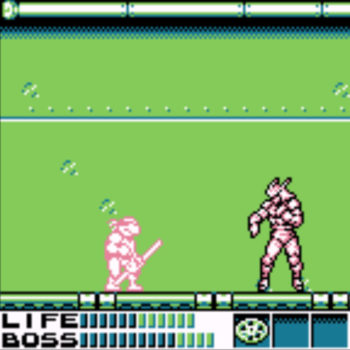 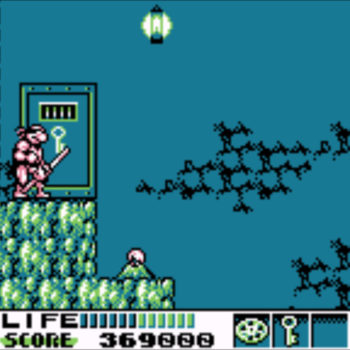 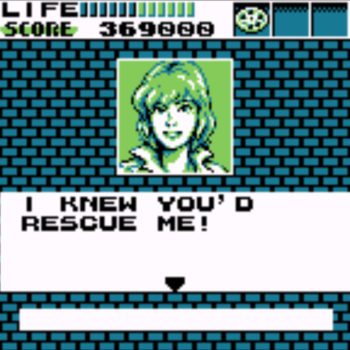