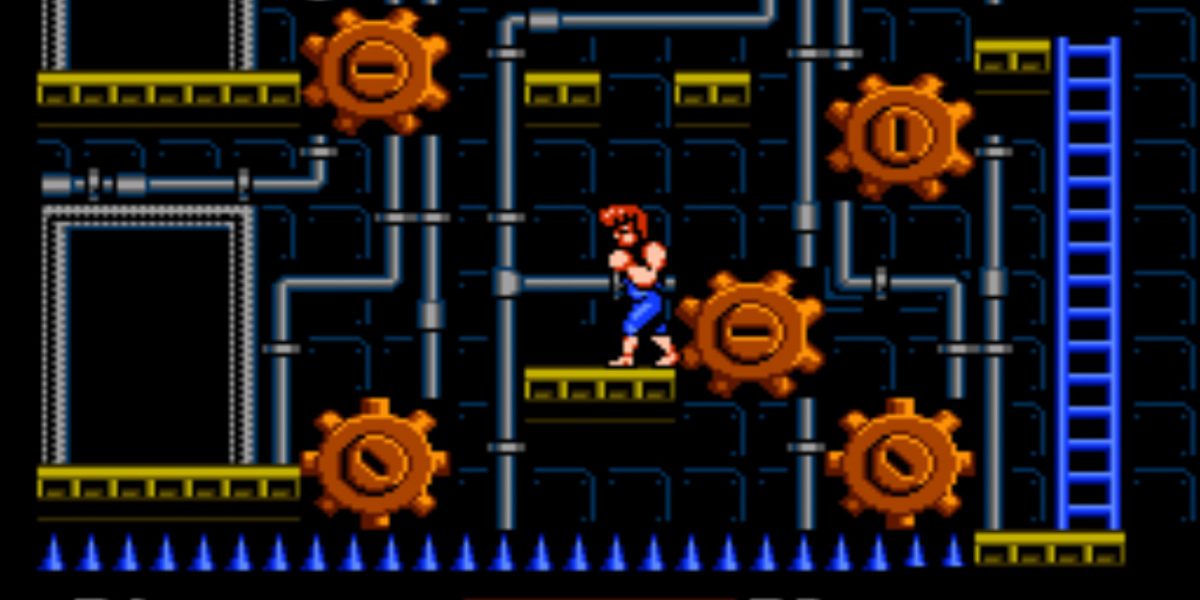 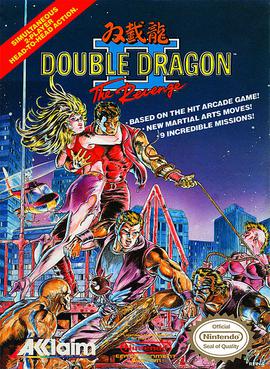 Beat’em up games were all of the rage growing up, but for the life of me I don’t know how I not only avoided the Double Dragon series, but how it was ever popular either!

Honestly, these games are for the birds. I understand the palette swap, repeating the same enemy over deal (due to limitations of the hardware at the time) but someone decided a few things were “good ideas” for this sequel of an already difficult game:

Let’s make the A and B buttons for punching and kicking work in the direction you’re currently facing. That means in the B/A layout (where the B button is on the left) B will punch if you’re facing the enemy but will be reversed and be a kick if you’re back is to them.

Considering the kick is weak and practically useless due to collision detection in the game, punching and constantly keeping enemies in front of you is a must.

Cool you can use weapons!

Well, there are weapons but they’re scarce. That’s a great concept when they do more damage. (Sense my sarcasm yet?)

Why would you want to allow someone an advantage in a game they purchased?

Pressing B and A at the same time to jump: the jumps in this game are stupid. Flat out cheap and stupid.

Why even have them other than to add cheap deaths to an already difficult game?

There are areas where you jump THROUGH the platforms due to the goofy mechanics of it. Other times trying to reach a platform you’ll perform a special move (cyclone kick) instead, miss the platform and fall to your death.

Note: That’s why I included so many screen captures of the one room with the gears. Even with save states it took me close to two hours to get across one part of the level, which leads me to believe this is a bugged portion of the game akin to TMNT’s horrid jumping from platform to platform.

Furthmore, what a great idea all of this iswhen the default option starts you with 3 lives.

Also, the hand icon with the doorbell ringing to tell you to proceed through the game is annoying. Trust me, I want to keep moving through these stages but you won’t allow me until I defeat every iteration of the same enemy… over and over… it gets repetitive to say the least.

The ending is incredibly underwhelming too, but that’s typical of many 80’s NES titles. (See below, and you’ll see what I mean.)

Other than having Kung Fu, I could pass on this series so far. I’m going to continue with the other sequels and see how they are, but I’m totally disillusioned with the Double Dragon games when there are better ones in the same genre from this era. 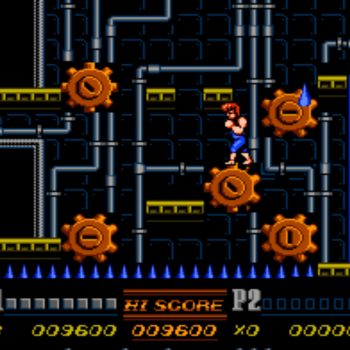 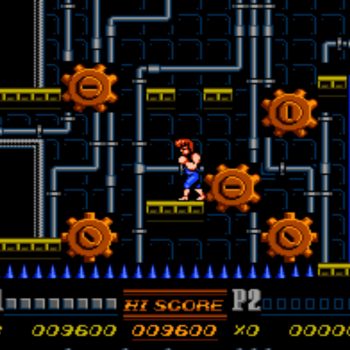 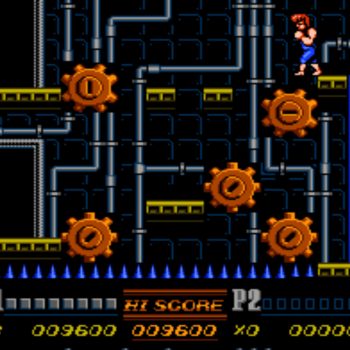 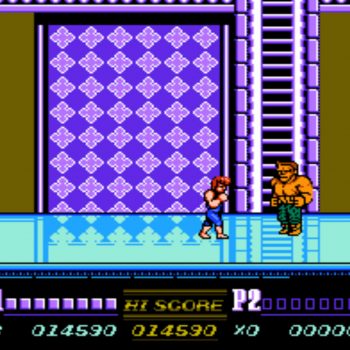 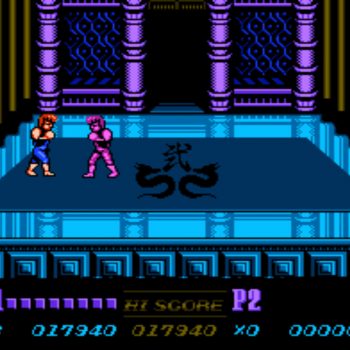 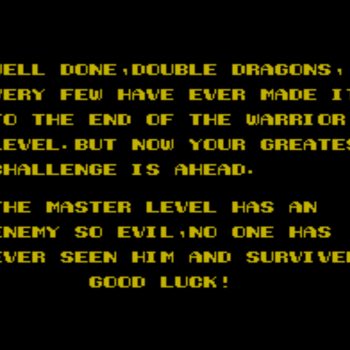 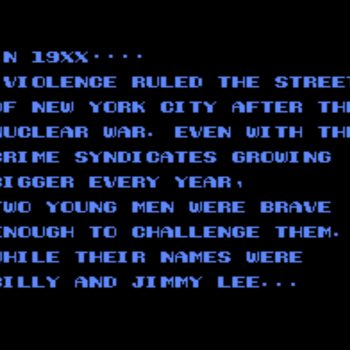 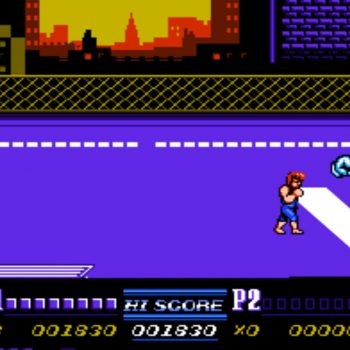 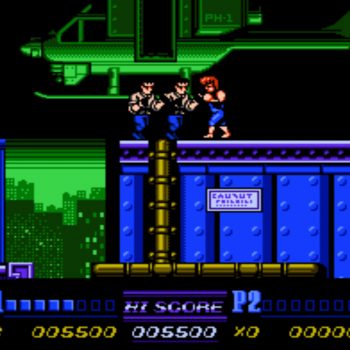 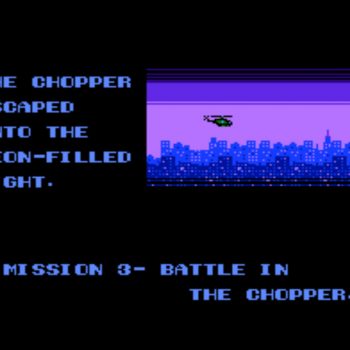 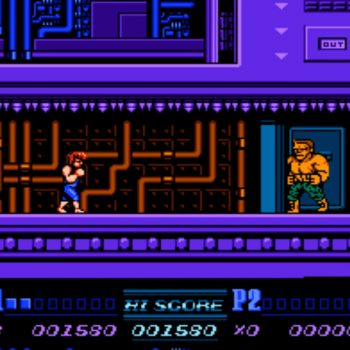 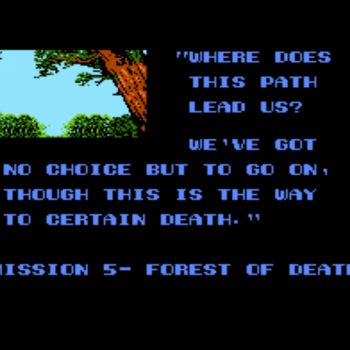 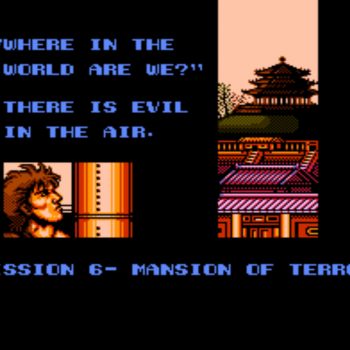 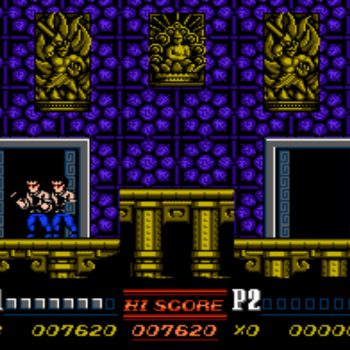