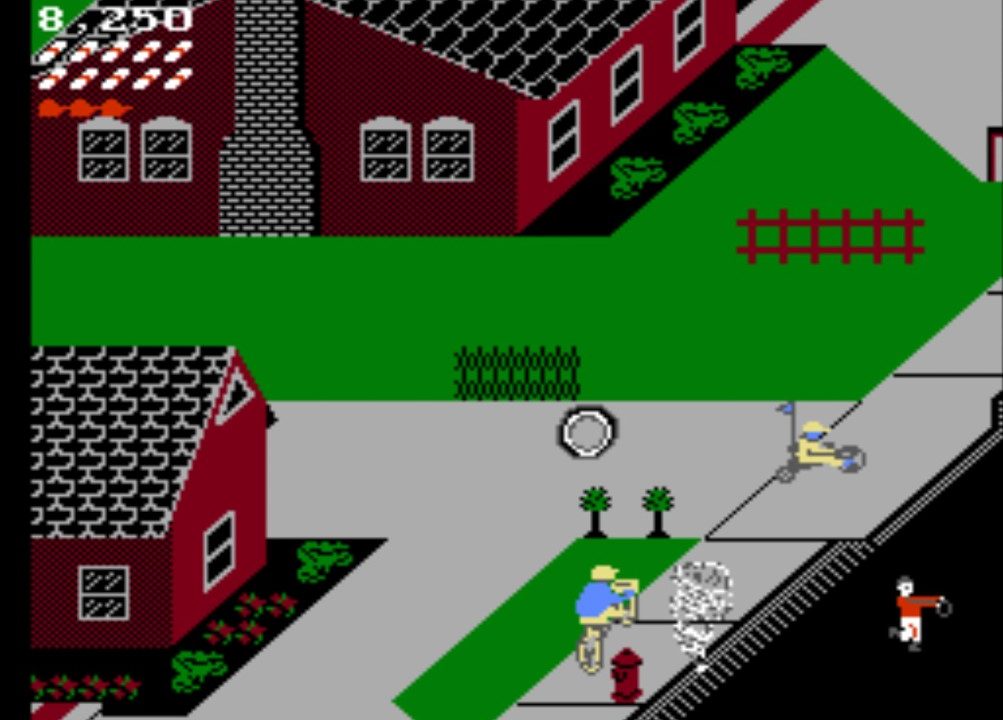 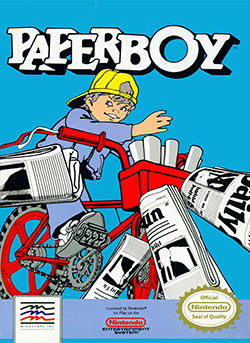 I’m going to crush some of your childhood memories of this pointless game… Seriously, even with Wayne’s World, I haven’t put down a game where I’ve said: “What did I just play?”

Even with that weird ass game (Wayne’s World) I knew it was based on a movie and that games based on IP such as movies and comics usually sucked hard.

It’s based on a job: busy work for little kids looking to make a few pennies, slaving every single day of the week with no breaks.

“Oh, that sounds like fun! Let’s make it into a game!”

I understand the appeal though, as all games from this generation were impossibly difficult and suffered from lame graphics, poor controls, and zero logic. Furthermore, this NES title was derived from an arcade game designed to extract as much money from your pocket as possible. (With the irony being, kids were probably delivering papers to blow quarters on this in the arcade!)

Along the line somewhere this became a concept and now they had to figure out how to make it into a reality. Naturally, the kid on a bike must have some obstacles to overcome to find the goal, right?

Is that a gap between the road and the car? Yes, it is.

Can you go through it?

Not without crashing into the car!

The road hazards seem like a natural fit, as did some other obstacles. Some make complete sense! An angry homeowner or dogs chasing you? Makes sense!

Even random construction or street workers, or the occasional go kart or motorcyclist make sense.

But a tornado? Tombstones? The Grim Reaper?! Odd looking discs?

Then there’s the “training course”, which should just be code for “this game is Excitebike tilted at 45 degrees” – that just screams “don’t even try playing it”.

I do get some of the appeal with this game, however, and that’s the satisfying feeling of breaking windows with your newspapers (instead of, you know, delivering them on a porch or mailbox!)

However, this was not the trip down memory lane I was hoping it was. Even with multiple attempts, that trip ended by landing in a storm drain…

I’m sure this has nostalgia for many, but since I wasn’t traumatized by this game as a youth, it was nothing but a frustrating romp. Play at your own risk! 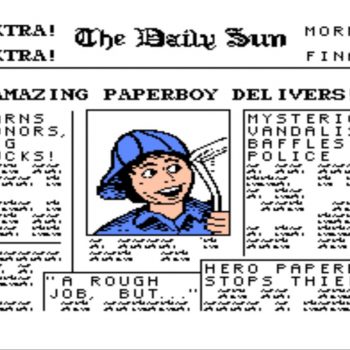 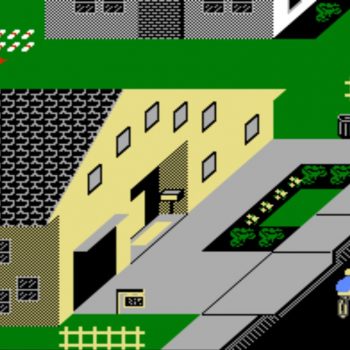 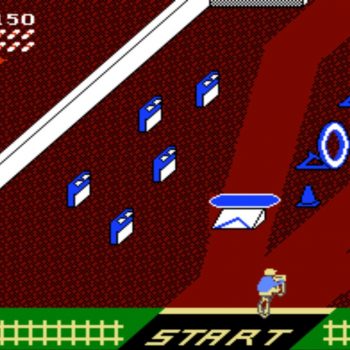 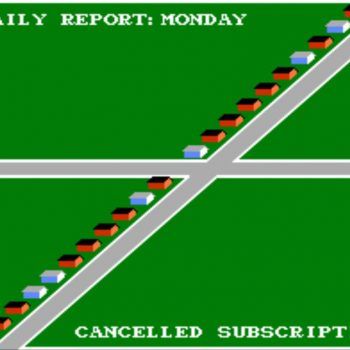 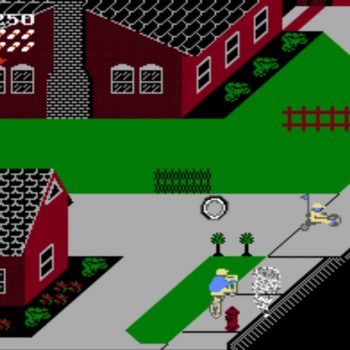 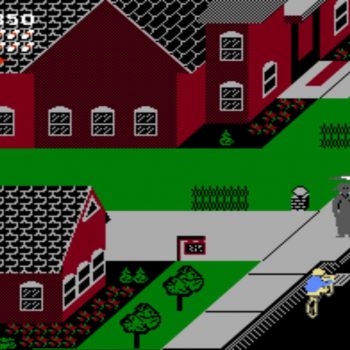