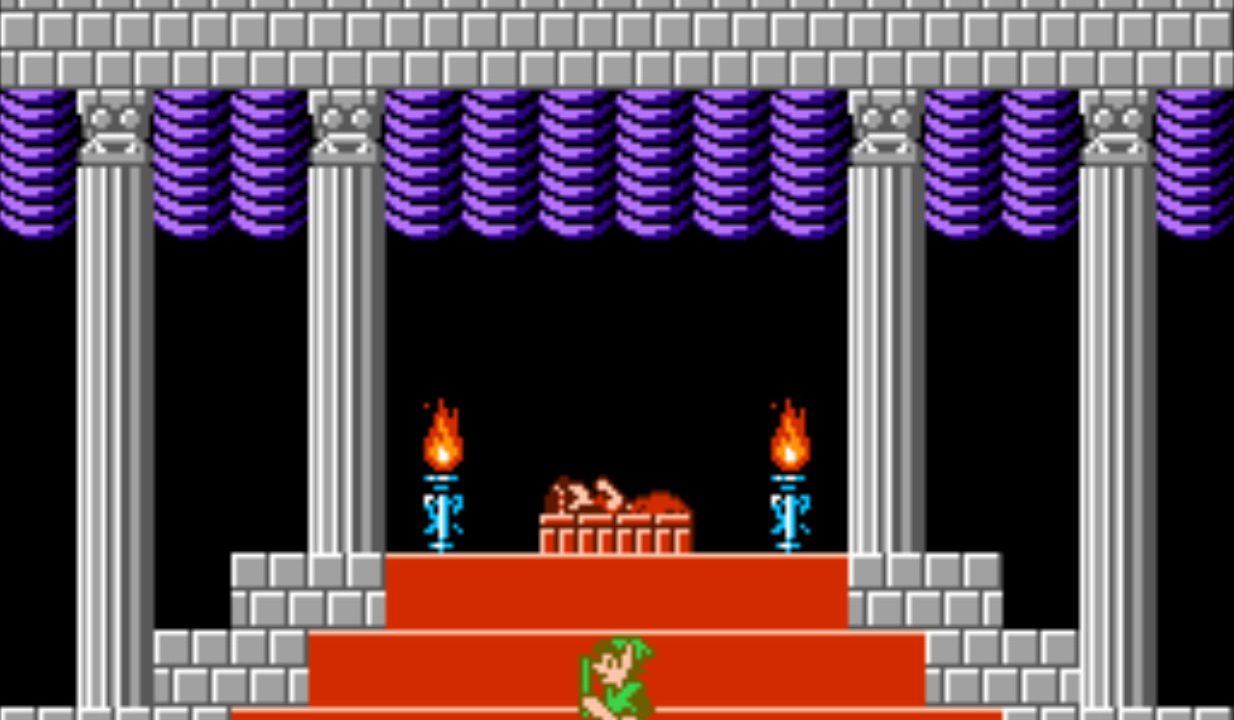 Zelda II: The Adventure of Link

Welcome to the bastard child of all Zelda games!

Zelda II: The Adventure of Link follows an odd NES pattern of changing up the sequels of Nintendo’s main franchises. Super Mario Bros. 2, for example, was a large departure from the original (at least the United States version was). Yet, SMB2 was just a rehash of another Japanese game with Mario concepts painted over it.

Zelda 2 was… something else.

As one of the only true sequels to the Zelda storyline, the game introduced now-common elements such as the magic meter and “Shadow Link”, but also introduced something else: shear stupid difficulty and a radically different style of gameplay!

As opposed to the original Legend of Zelda, which had a top-down world map and each screen served as an “area” on the map, Zelda 2 when to a side-scrolling adventure for all of the action sequences, only using the top-down map to get from area to area. Those areas included various towns, palaces, caves and more.

This is where the game becomes the devil. Link’s sword is like this itty bitty thing that can barely inflict damage on anything. Jumping is wonky (putting it kindly) and will lead to many deaths too.

Actually, the only cool aspect of jumping is the downward thrust with the sword, which is hard to believe but was something groundbreaking way back then.

The game also had more RPG-centric elements such as leveling up. In fact, many would say this game felt more like a Castlevania game than Zelda, and that much is true. However, like other Zelda titles, certain items and quests were commonplace in order to progress throughout the world to meet your final goal of awaking a sleeping Princess Zelda who is under a spell.

As you finally make your way to the Great Palace, the game features one of the biggest PITA villains in all of 8-bit lore: Thunderbird.

I can’t tell you how many times I died trying to defeat this thing as a kid. And of course, once you do, you are then in a toe-to-toe fight with a tough “Shadow Link” (or “Dark Link” depending on who you talk to.)

The reward for beating Shadow Link is the third Triforce, the Triforce of Courage, which is also a new element added to Zelda 2. (Its predecessor featured only the Triforce of Wisdom and of Power, the latter wielded by Ganon.)

The three Triforces would become a common theme throughout Zelda game, reinforcing the “tri” part of the name.

While this game is an oddity among all Zelda titles, and it’s a major B**** to beat, its also a must play for hardcore Zelda fans due to being a drastically different game that also introduces many hallmarks of the franchise.

I do recommend it, but also be forewarned: you may need backup controllers as you’ll tend to break at least one in frustration playing this! 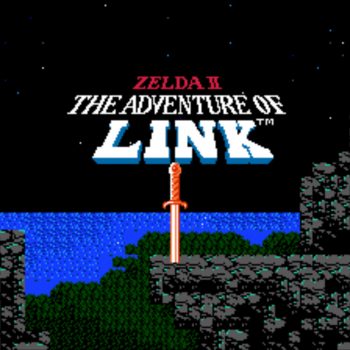 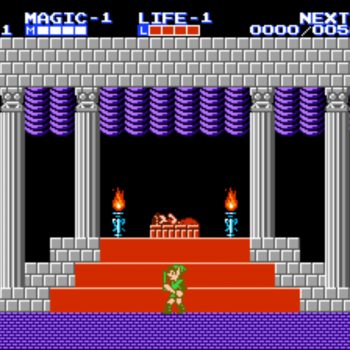 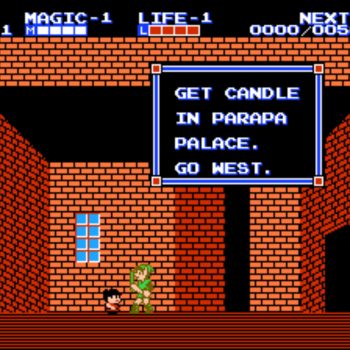 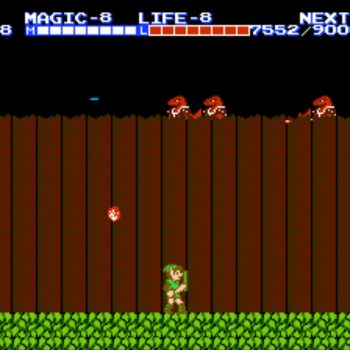 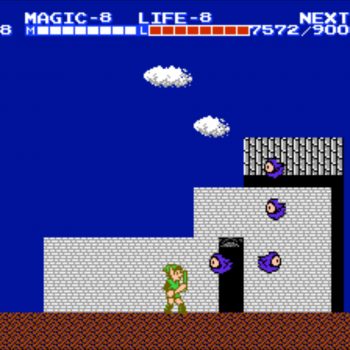 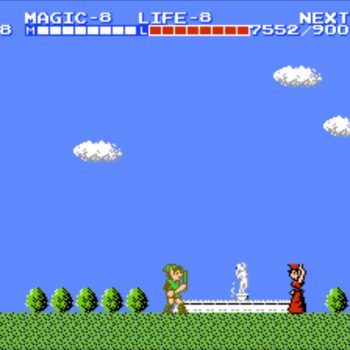 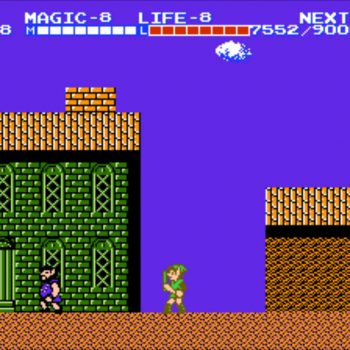 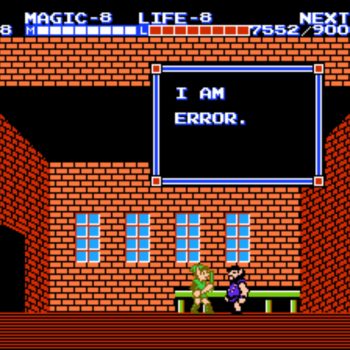 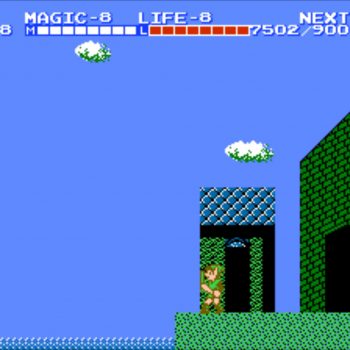 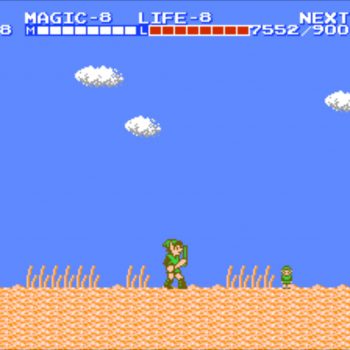 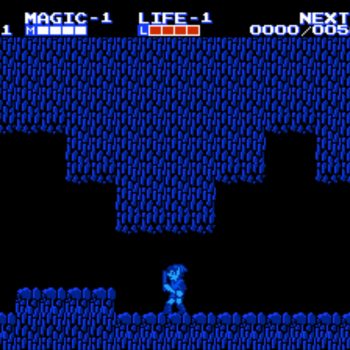 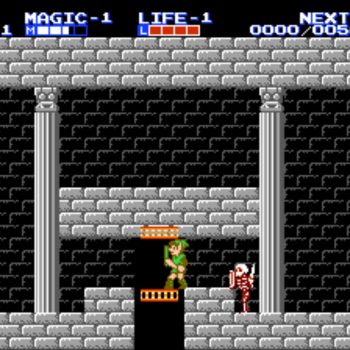 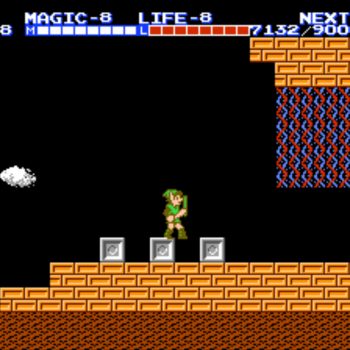 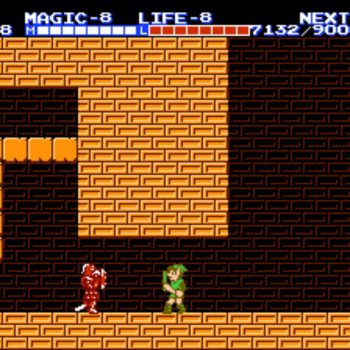 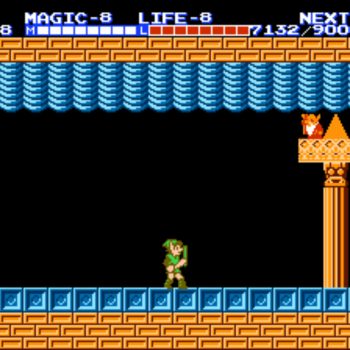