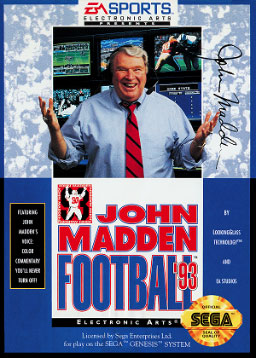 I wish I could cover every single version of John Madden Football that exists, but that would fill this website with a lot of repeat information. Instead, I decided to jump around to different versions of Madden, mainly those that are anomalies or the ones I was accustomed to playing growing up.

My first taste of video game football came at my neighbors when I tried John Madden Football ’93. Released in 1992, my favorite team (the Pittsburgh Steelers) were hardly that great (yet). My neighbor loved playing with the Chicago Bears – however, this edition of Madden would be the last to NOT feature the NFL license.

At that time, you’d have to use your own imagination and/or knowledge to know who was who in the game. One of the coolest aspects of that, was pitting a worthy ’78 Steelers squad against my neighbor’s ’85 Bears: both dominant teams of their era pitted in a fantasy matchup.

Thus, was the appeal of Madden early on. While you didn’t have the “Steelers” and “Bears” you still knew who quarterback number 12 was on “Pittsburgh” and running back number 34 was on “Chicago”. Each team still wore its faithful colors and players were statistically based on their real-life counterparts as well – and its not as if licensing were all that common outside of a big-name endorsee, such as John Madden or Sega’s own Joe Montana Football, at the time.

In other words, it was still revolutionary – kids these days just won’t understand what it was like to get a “real football simulation” with 11 vs. 11 players!

The game itself was praised and panned depending on who you read reviews from: it was largely unchanged from the 1992 iteration, with some stating Madden would be a doomed franchise with its yearly roster updates. (Clearly that wasn’t the case!)

It carried over conventions from the computer and early console versions – such as showing a view behind the quarterback (other games showed a TV-style sideline view). While Madden ’90 and ’92 preceded ’93 on the Genesis, this version runs better without the framerate stutter and has sped-up gameplay.

The famous ambulance coming on the field was first introduced in ’92, while field conditions and audibles were brought into the series’ first console versions in ’90. Instant replay, two-player co-op, QB injuries and other game modes were all brought in a year earlier as well.

So, what makes ’93 stand out other than it being my first Madden memory?

Well, many forget that Madden originated on computers and not console gaming systems. EA had wanted to present a game that was 6v6 or 7v7, but Madden balked and would not lend his name to the title.

Eventually all was for naught, but Madden was developed by a bunch of different development teams, with some being fired in the early years. Park Place Productions had worked on the previous Madden ’92 but Blue Sky Productions took over and created ’93 from scratch. Like ’92, all of the NFL’s 28 teams were included (and unlike ’90, which only featured 16 of the 28). ’92 had one All-Madden team, but ’93 added historical teams as well as an All-Madden Greats roster.

Madden’s digitized quips, such as “he’ll remember that number” were also a first in ’93.

Quite honestly, just about everything that’s in ’93 is now taken for granted. The refreshed visuals showed referees on the field, spotting the ball and calling penalties: and sidelines also had zebras holding the down markers!

Heck, even getting drive statistics after scoring a touchdown (complete with celebrations and spiked footballs no less) was a new experience in sports games way back when.

But there’s still a long way to go from here. There are no real NFL teams or players, no fans in the stands, stats on the pause screen, manual substitutions (other than QBs), unique stadiums or even a regular season mode. (Playoff stats could be tracked to a battery-backup on the Genesis cartridge, however.)

Yet, ’93 will have some fond memories for me with the co-op play next door: but make no mistake, as I go down my Madden memories list, there are some really great games with awesome editions going forward. However, ’93 was definitely the launching point for the series, in my opinion, from which all other Madden titles are built upon. 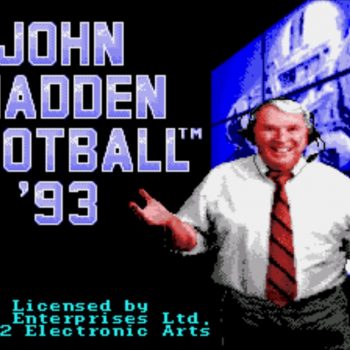 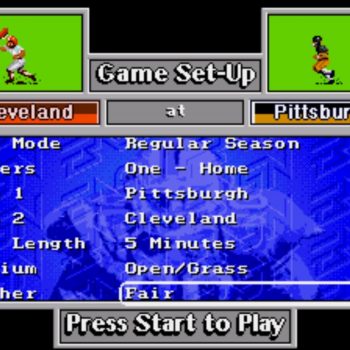 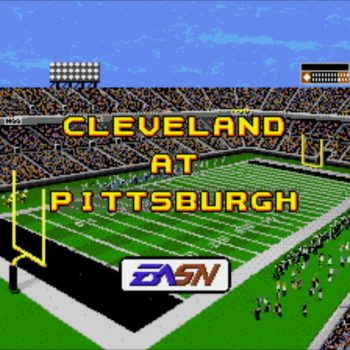 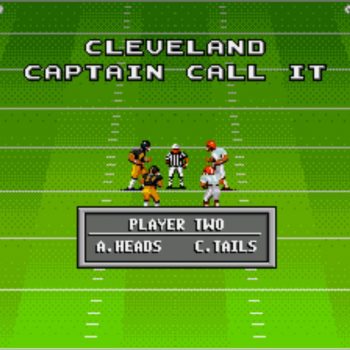 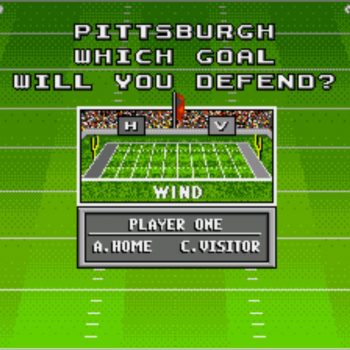 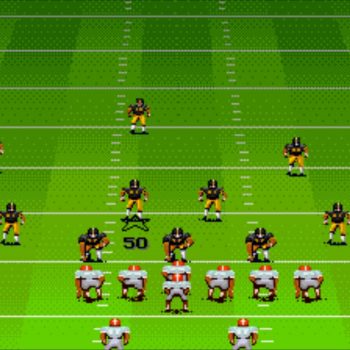 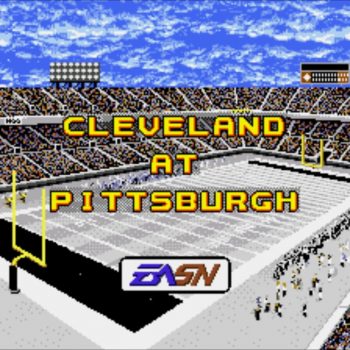 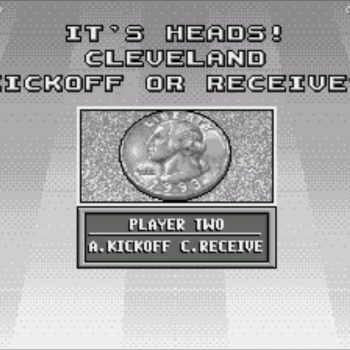 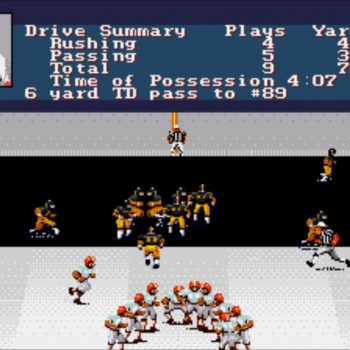 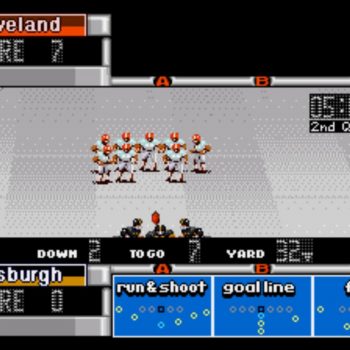 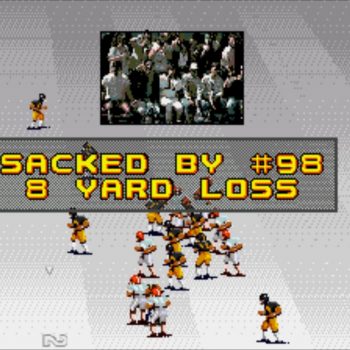 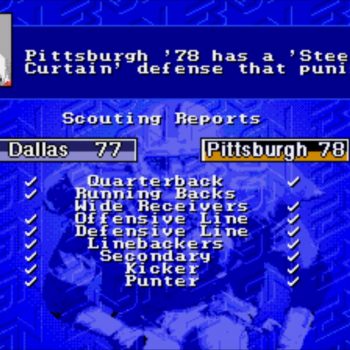 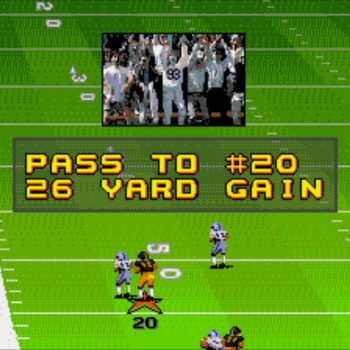 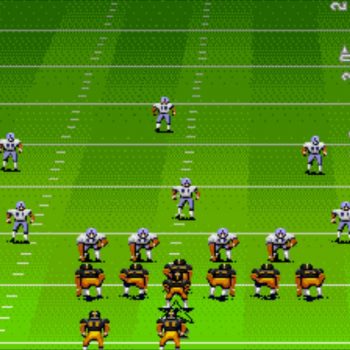 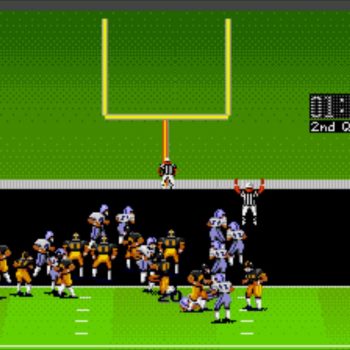 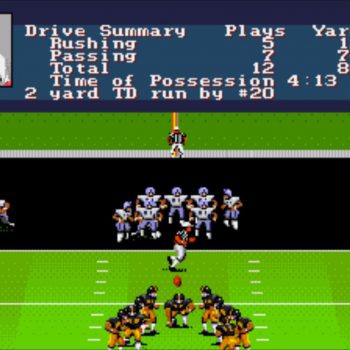 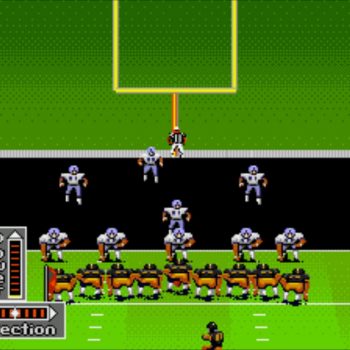 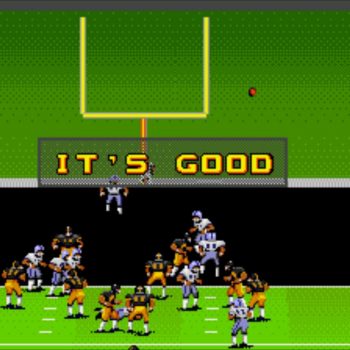 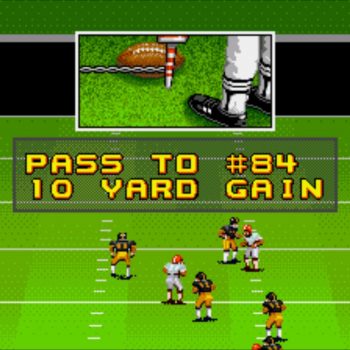