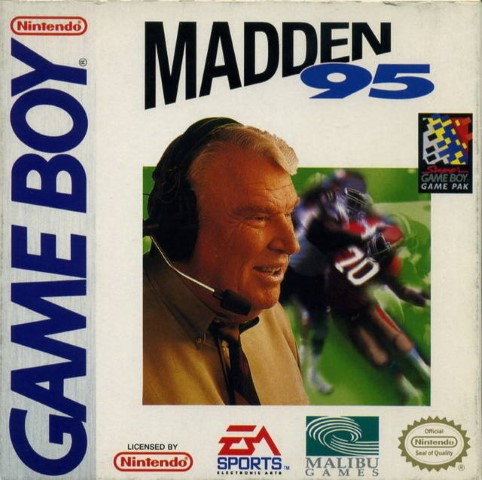 After previously reviewing John Madden football games for 1993 (Sega Genesis) and 1994 (Super Nintendo) I felt it was appropriate to continue going through the series by visiting Madden ’95… on the Game Boy?

While it may seem like an odd choice, 1995’s edition of Madden marked the series’ first entry into the handheld console market. Sega’s Game Gear received a version as well, but owning a Game Boy was where it was at in the mid 90’s – and this is one game that was a must own by those standards.

For being audio and visually crude due to the limitations of the Game Boy itself, Madden ’95 is incredibly deep, even when comparing it to the previous versions I’ve reviewed. For starters, it has a full 11-on-11 format, apparently something that was an original sticking point for legendary coach John Madden to add his name to the earliest versions.

To point out the biggest glaring omission of this game, however, is that it lacks an NFL license of any kind. The 16-bit big brothers both had the real NFL teams, with Sega’s having the NFLPA license with player names for the first time of any Madden game – though you wouldn’t know it unless you were using the substitution menus (i.e. a gain of seven yards by #22, for example, rather than saying who “22” is.)

That’s why the Game Boy version doesn’t feel too out of place. EA still used the city names, albeit with fake logos. On the monochrome screen you aren’t getting home stadiums, custom end zones or any sort of differentiation between you and the computer-controlled opponent other than one team is wearing a lighter or darker uniform. Players are still denoted by number here, but if you followed your team, you know who is who just like the fancier versions.

The team selection screen is something to behold when it comes to options. Madden ’95 includes all-time teams for all of the 28 NFL counterparts as well as legendary teams, such as “Pittsburgh ’75” or “Pittsburgh ‘78”, with a least one of not two options for each franchise.

You can also adjust the game type and duration. To quickly play, exhibition is the obvious choice. You can start a new season, but to continue, as expected back then, a password system was used. (There are also Champions and All-Time playoff modes to play with the added teams too.)

As the game starts it looks like a pared down version of Madden as you’d know it. Obviously, the Game Boy only has two buttons, so a lot of the special moves or even passing to more than two eligible receivers makes the game feel somewhat crippled, yet, it plays rather smoothly and at a decent pace (unlike Play Action Football which plodded along). Due to the lack of screen size, the traditional passing windows are eschewed as well, something that was also borrowed by the Genesis and SNES counterparts of ’95.

The playbooks are mostly all there, with the option to flip plays and set audibles. Only two substitution modes are available on offense, for your quarterback or running back (“HB” or “halfback” for those in the know).

The depth of stats tracked is quite remarkable for a pint-sized game, some penalties (such as delay of game) are still enforced, and within the season mode you can even check in on scores of other games (as they were scheduled based on the 1994 NFL calendar).

EA even tried to placate us with the audio. While the football sounds like a dive bomber (especially on longer kicks) some audio blurbs such as “first down” and “touchdown” are included. Crowd noise sounds like a broken speaker hissing, but it is what it is for that time and technology.

The only thing that could’ve been left out are some cheesy cutscenes which felt more appropriate with Tecmo Bowl than Madden.

For handheld football action, this is about the best you could get at its time. I’m quite surprised how groundbreaking this title is considering the lack of details in Madden ’93 for the Genesis. I’m not at all advocating that anyone actually chooses to play ’95 over a 16-bit title, but if you have a bit of nostalgia in your bones and want to see the progression of this series, ’95 for Game Boy definitely deserves recognition… unless you choose to play it on the Super Nintendo’s Super Game Boy, which totally kills the colors and defeats the purpose of owning a 16-bit machine! 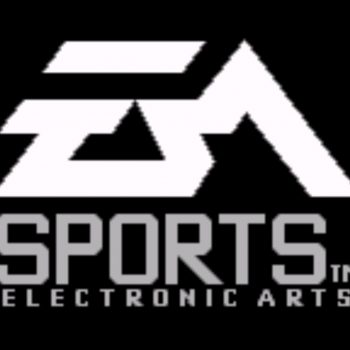 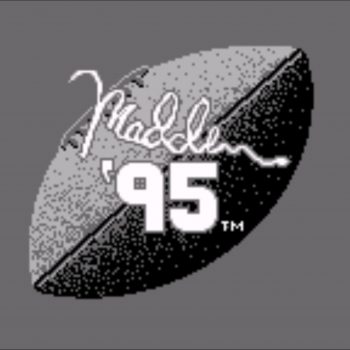 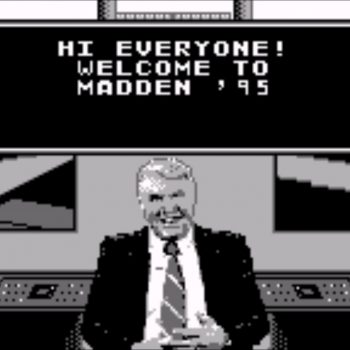 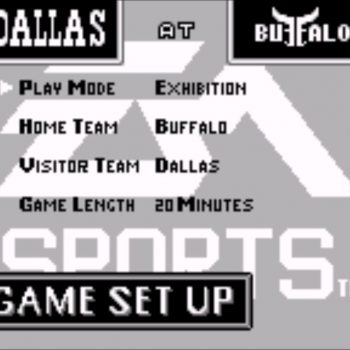 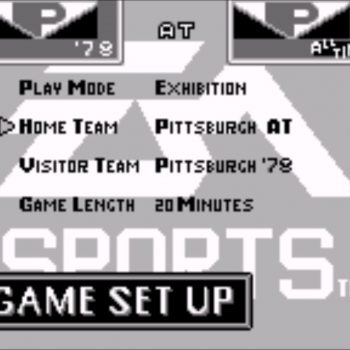 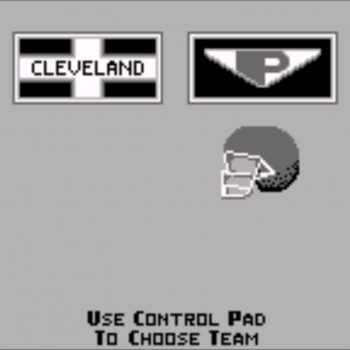 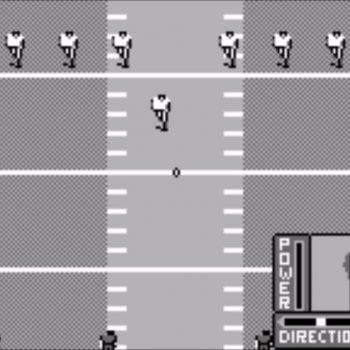 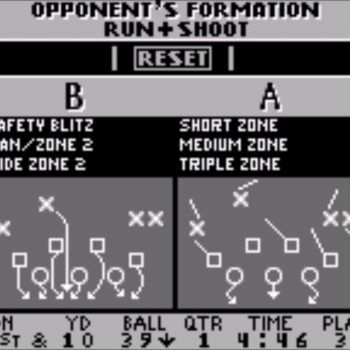 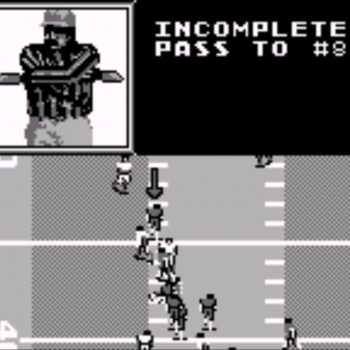 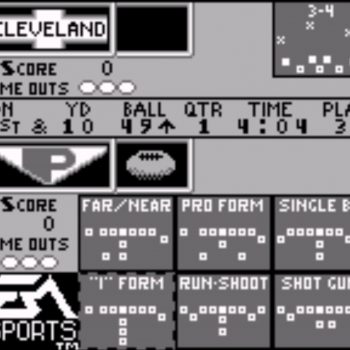 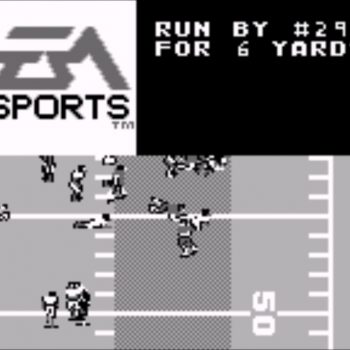 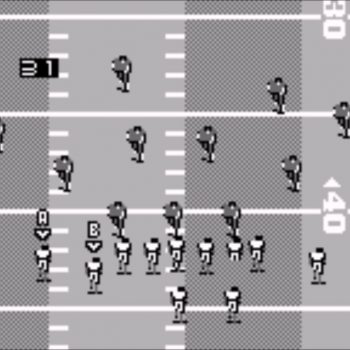 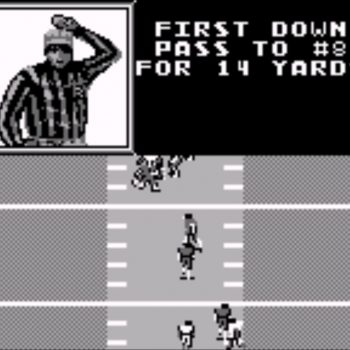 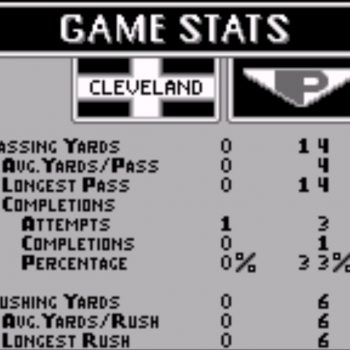 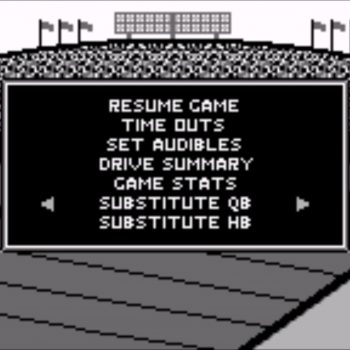 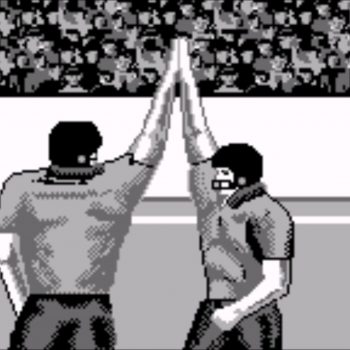 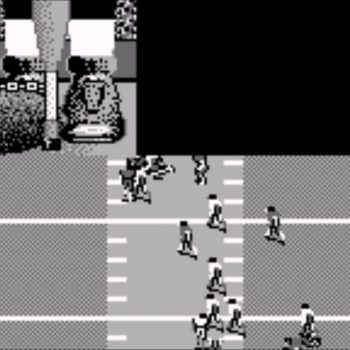 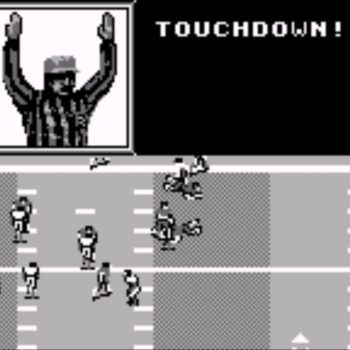 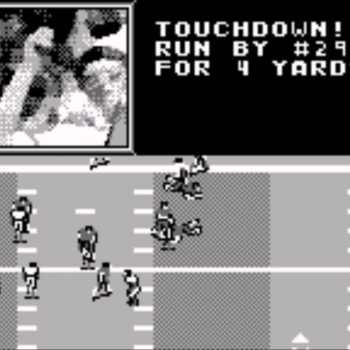 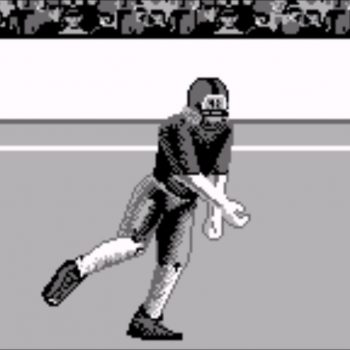 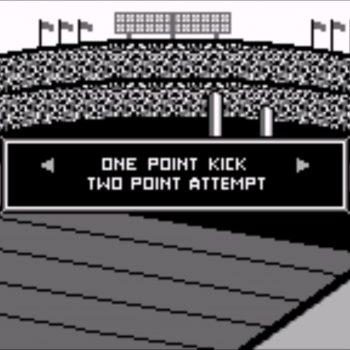 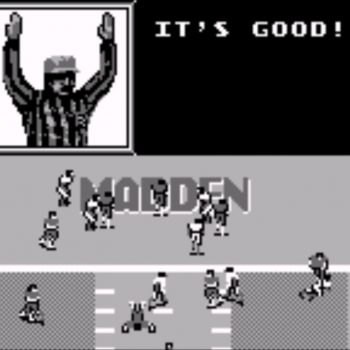 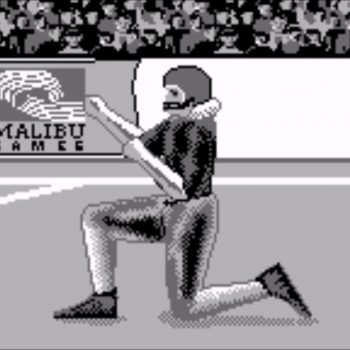 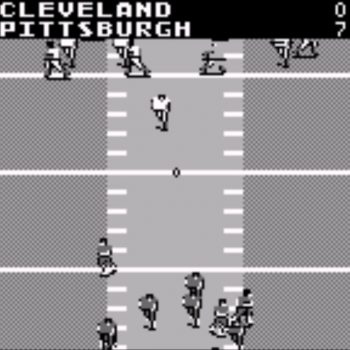 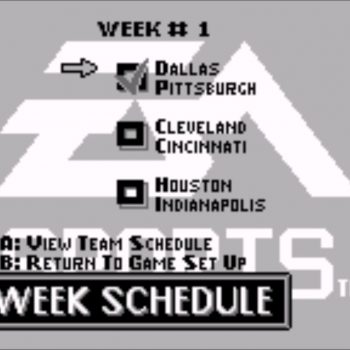 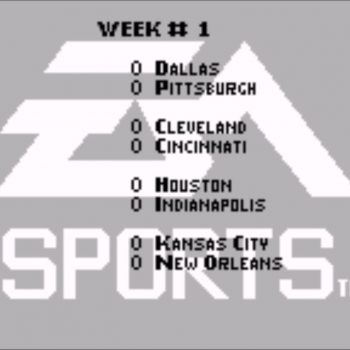 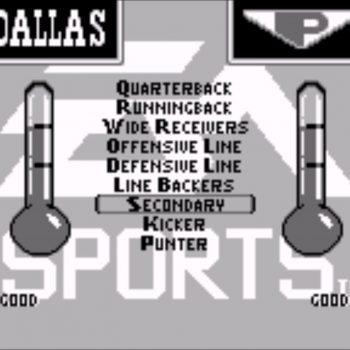 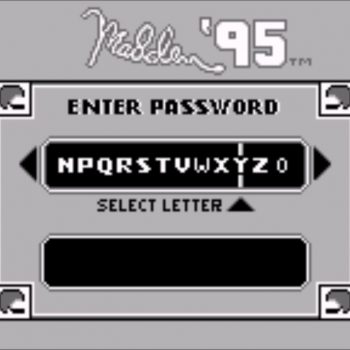