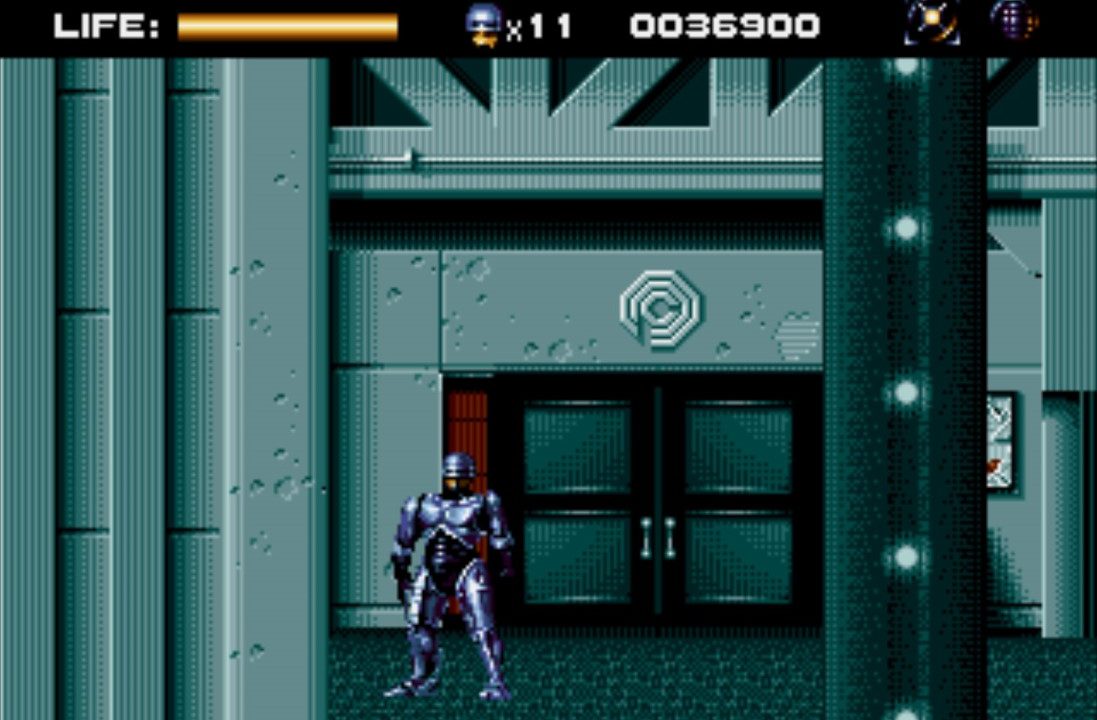 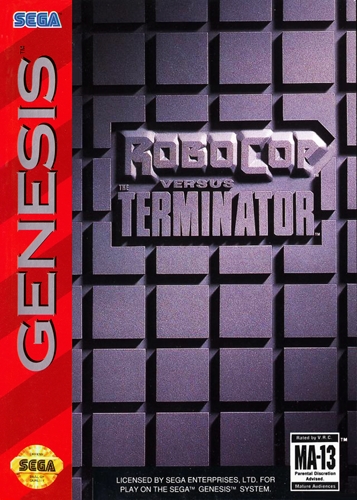 RoboCop Versus The Terminator

Dual console releases became more common as the 90’s war between Sega and Nintendo forged on. Publishers were caught between exclusivity licenses with Nintendo or breaking the mold to work with Sega – or eventually both, when Nintendo’s practices came into legal question.

As such, you’d often find titles, such as the yearly editions of EA Sports’ John Madden Football or Midway’s Mortal Kombat on each platform. Other times you’d find a similar or identically named game sharing no resemblance to its counterpart on the competitor’s console.

Thus is the story of RoboCop Versus The Terminator. Each of the games released was completely independent of one another. In fact, the Sega Genesis version (reviewed here) released a full six months later than its cousin on the Super Nintendo. (Which I plan to review later.)

The plot of the Genesis title, per Wikipedia, is as follows:

Set a few years after RoboCop’s invention, the story involves SAC-NORAD contracting Cyberdyne Systems on building Skynet. Cyberdyne used RoboCop’s technology in creating Skynet. When activated, Skynet becomes self-aware and launches a war against mankind. In the future, Skynet sends several Terminators back to the past to cripple the Resistance. After destroying one of the Terminators, RoboCop proceeds to Delta City, where he confronts RoboCain.

After RoboCain was destroyed, RoboCop battles his way to the OCP building, where he defeats all the Terminators. After defeating an ED-209 unit reprogrammed by the Terminators, RoboCop plugs himself into a console. Unbeknownst to him, RoboCop gave Skynet information it can use. This ends up with RoboCop falling into a trap. In the future, RoboCop assembles himself, where he battled in the Terminator-infested future and destroyed Skynet.

Armed with this knowledge you may start to roll your eyes at the crossover of movie characters and think “this is going to suck”. However, this is one of the best Genesis titles – ever.

The game takes a lot of inspiration – and stated as such from their developers – from Contra.

RVT is at its heart a shoot’em up style platformer, with RoboCop as the protagonist who slowly plods around each level. RoboCop can shoot straight ahead, above, beneath and at 45-degree angles (think Metroid) which makes the pace of the game fun when you add in the Contra-style ability to upgrade weapons – carrying two at a time.

The weapons are mostly of the same flavors too, including the standard RoboCop semi-auto pistol, which he’ll twirl like the movie if you stand still at times. Oddly, there’s a few other nods in this game that eerily remind me of Sonic The Hedgehog also, including the industrial style levels and using poles to climb on… but back to the guns.

Other firearms include a grenade launcher, homing missiles, a spread gun, and even a futuristic laser weapon. One more goodie is in the game, but I don’t want to spoil it for those who may play it – let’s just say it’s a gamebreaker in terms of ingenuity!

The game adds some variety to just walking and jumping. As mentioned, you can scale horizontal poles and also climb ladders. There are different paths throughout, but the “wimpy” mode I played on (one of three difficulty settings) was on point with showing me the proper path.

While RoboCop can barely jump, the developers didn’t cheap out and make this a Double Dragon style cheap death tactic, and seldom do you find a difficult jump as the cause of your death.

The game also packs in the almost obligatory Sega “violence mode”, accessed with a homescreen button press sequence. Honestly, this is the ONLY way to play, as the movie-to-game translation benefits from bursting bodies and blood splatters, much like the unrated RoboCop.

There are plenty of nods to both franchises when it comes to fan service, and most of the bosses, plus the pacing of what little story is between the homescreen and end credits, makes the game feel at home with fans of either movie.

The music thumps, and can be repetitive, but a few choice soundbytes (and some one-liners) are icing on the cake for a game well done – that still feels fresh even to this day. 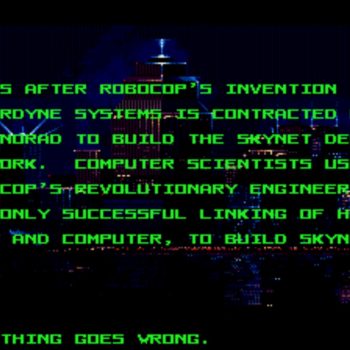 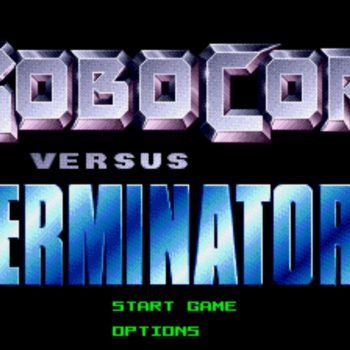 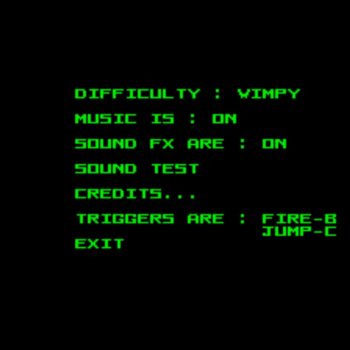 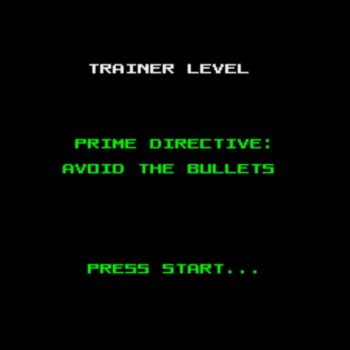 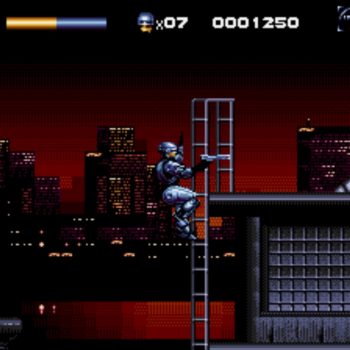 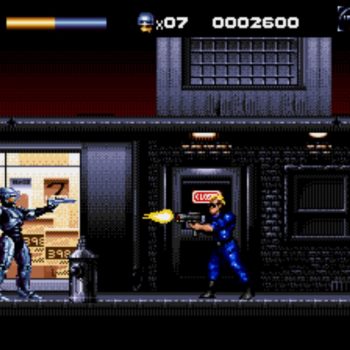 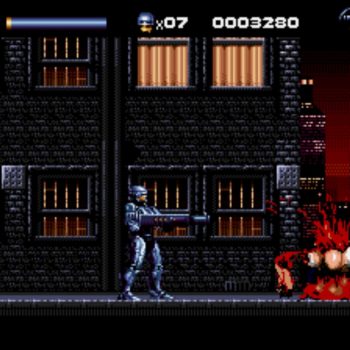 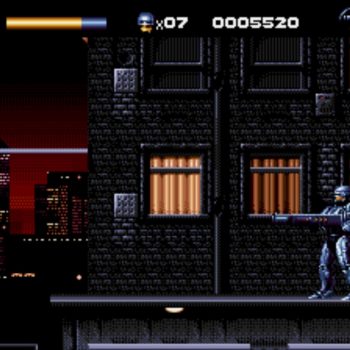 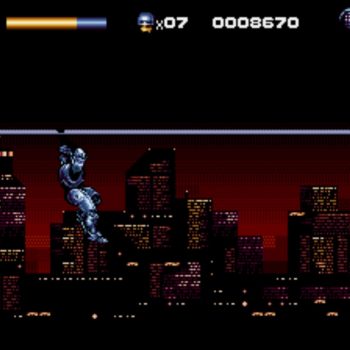 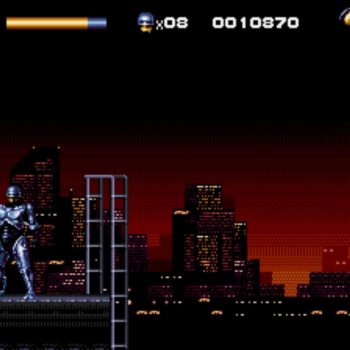 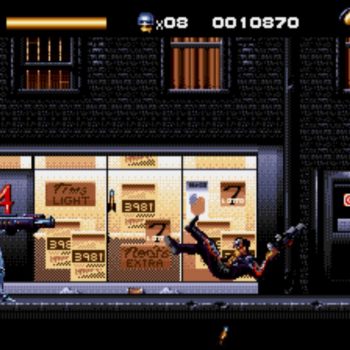 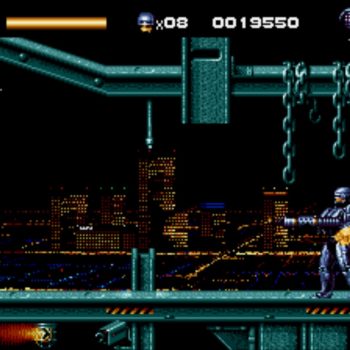 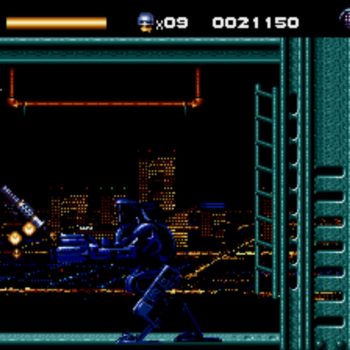 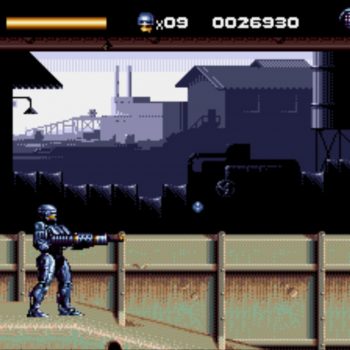 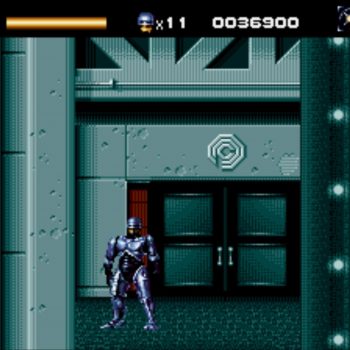 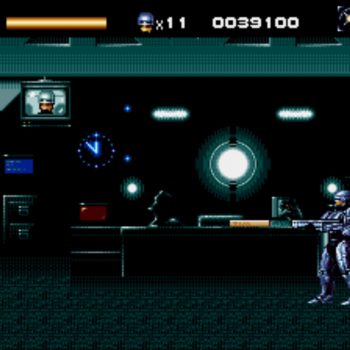 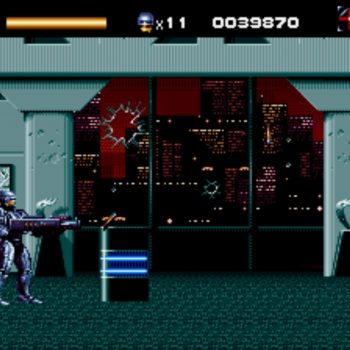 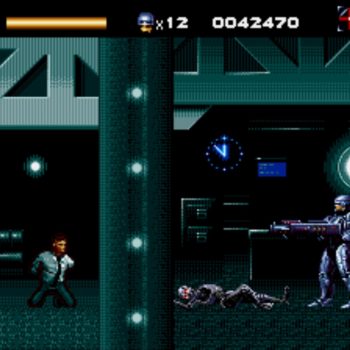 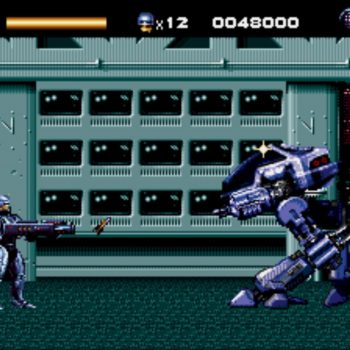 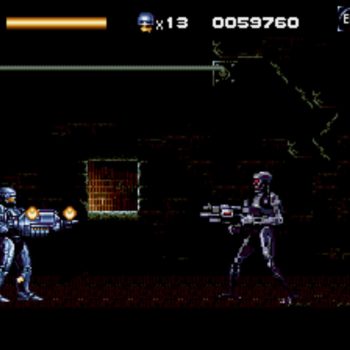 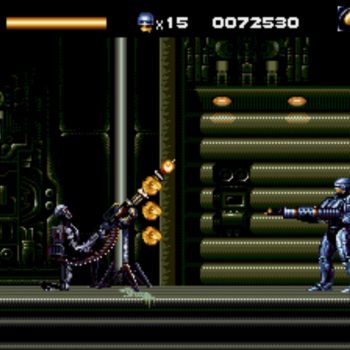 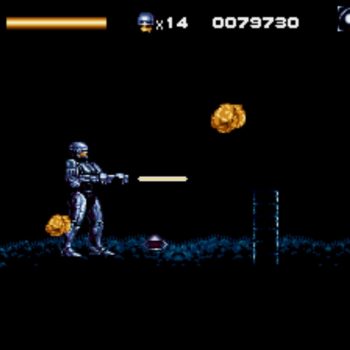 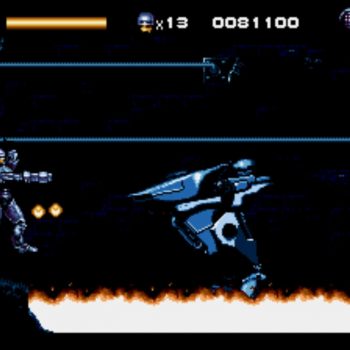 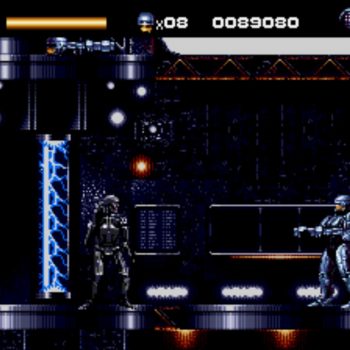 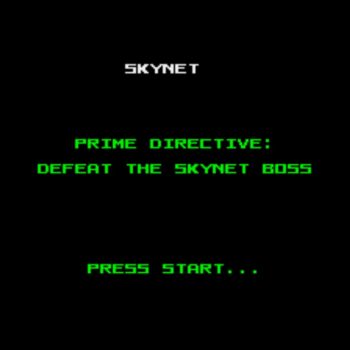 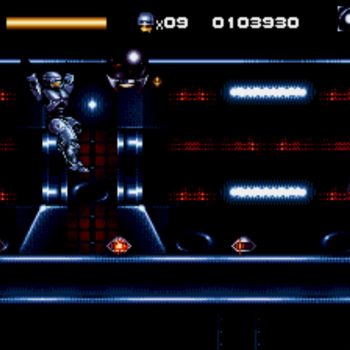 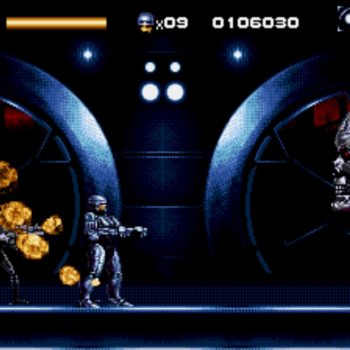