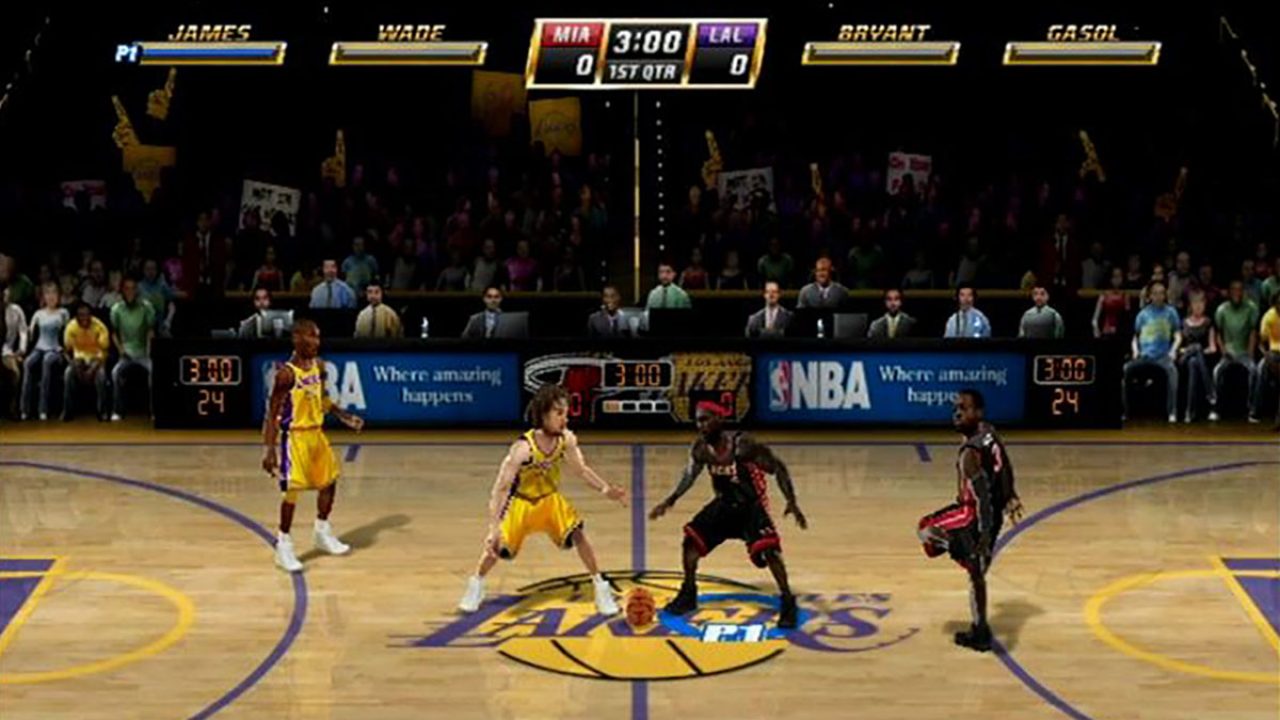 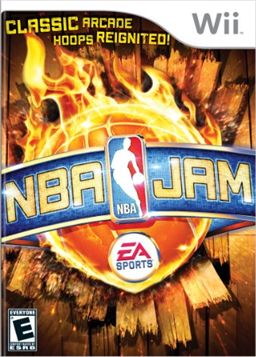 Here is a game that time forgot: the 2010 pseudo sequel (and update) to NBA Jam.

Someone, somewhere is probably wondering why I gave this a review on the Wii. Well, for starters, I was thinking the same thing! Why did I have this on the Wii and nowhere else?

It appears EA botched another NBA title they were working on, in which this new version of NBA Jam was a pack-in perk for buying – so the PS3 and Xbox 360 versions eventually released at retail, and with better graphics and online play, but were also lacking compared with the Wii version.

Another cool aspect at the time was most of us with a Wii had multiple controllers handy in order to play with a room packed full of friends. We all got older by this point, but the fun was still there from the originals, including the announcer from the first games.

Unlike some of the follow-ups to the series following Tournament Edition, including the branching off of Jam and it’s sibling NBA Showtime, the 2010 Wii title feels like a direct successor of the original two NBA Jam games which took arcades by storm over a decade earlier.

The 2-vs-2 gameplay returns, with the silly dunks and “He’s on fire” we all come to love.

I think the simplicity of the Wii Remote really helped put this game over the top – complete with motion controls – as updated rosters finally saw fans of the series and pro basketball alike rejoice over the updates.

A sticking point for me, however, is LeBron James and his post-Decision roster choice of joining the Miami Heat: a damn near unbeatable team. Use them if you want to act like the “King” himself and cheat your way through the game!!

(Note: I’m a Cleveland Cavaliers fan so this sits worse with me, as my team is handicapped with probably the worst roster in the game, utilizing Antawn Jamison and Mo Williams!)

Like TE and unlike the OG, the 2010 update features the ability to swap your two stars, usually from a selection of 4 players on that team. In this way, the “Big Three” of James, Dwayne Wade, and Chris Bosh can all be alternated through with the Heat. (Ahem, the cHeat.)

The graphics are updated, even though the Wii isn’t HD it’s noticeable these are 3-D models this time around and not the usual sprites.

Gameplay, as noted, is as simple as before – pass/shoot or block/steal with two buttons, as the third gives you the infamous “turbo” necessary to make rim-shaking dunks or send an opponent to the floor.

Other extras, such as spin moves, crossovers, and alley-oops were added to the 2010 edition too – and feel more at home than changes made between TE and 2010’s Jam/Showtime spinoffs.

The animations, right off the bat, give you a sense of “Jam” goosebumps when you see (in this case) Kobe Bryant execute a behind-the-back pass on the very first change of possession. The courts and crowds are far more detailed, with attention paid to paint and markings giving each home venue a more personalized feel – ditto for jerseys – than the originals palette-swapping (which was understandable at the time).

The camera adds to the game, with new panning that takes you up with the dunks and “shakes” the screen when slamming it down. The presentation of the original always felt like watching the old “NBA on NBC” broadcasts – also updated to 2010 standards here but retaining the TV-like feel.

If you ever played the originals, you know your winning streak is in trouble no matter what. Even one of my screen grabs here shows a cheap blocked shot by Pau Gasol, where the computer opponent doesn’t even touch the ball! (In the arcade original the goal was to beat all 27 teams – which by the time you got on a small win streak, the computer would NEVER allow you to have a lead!)

Seriously, this game cheats worse than Mario Kart… but it adds to the authenticity of being a Jam game too. There’s also a plethora of hidden legends in the game, including Larry Bird and Magic Johnson, essentially the cherry on top of what was a great update to a great game, that most people didn’t even know was remade! 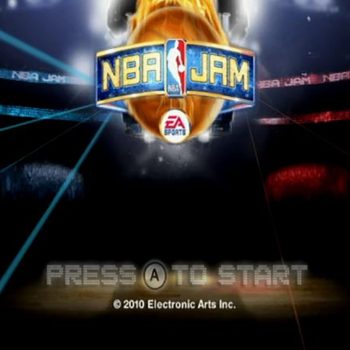 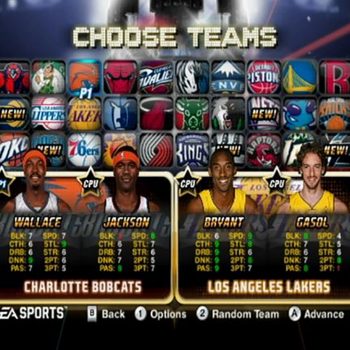 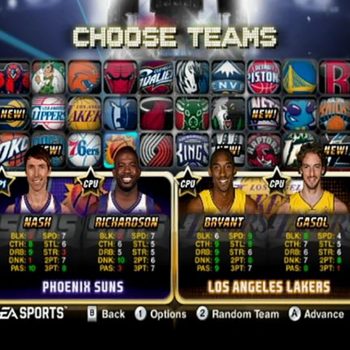 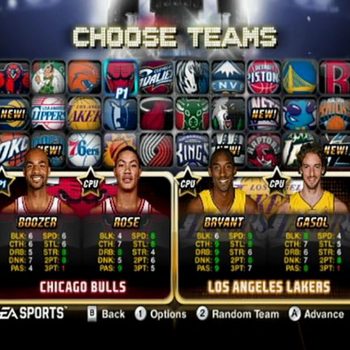 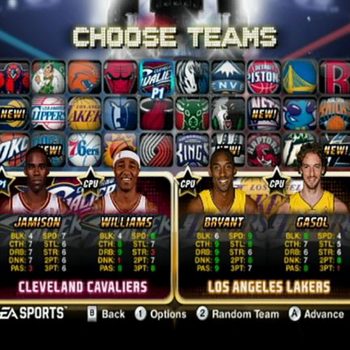 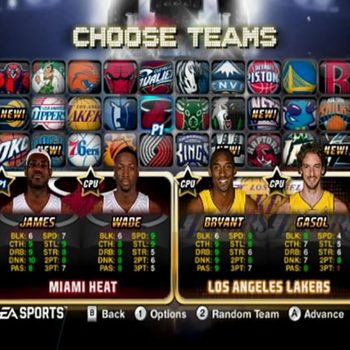 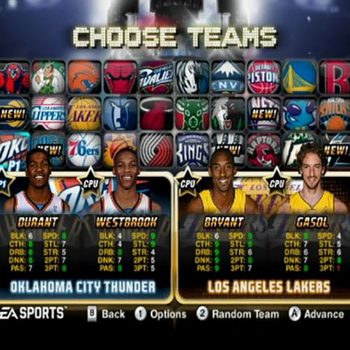 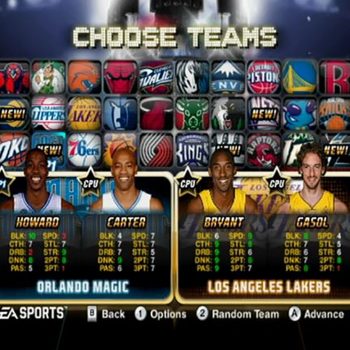 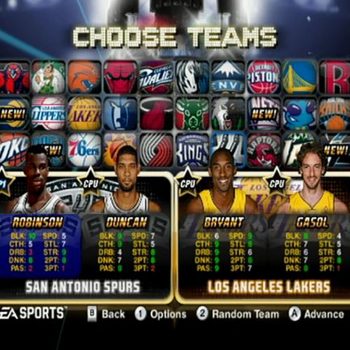 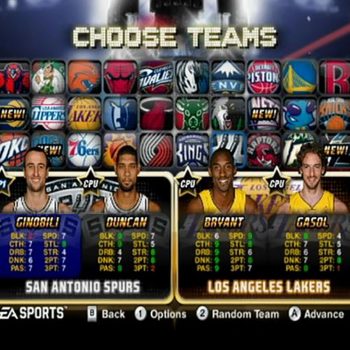 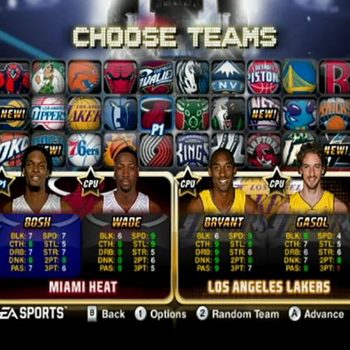 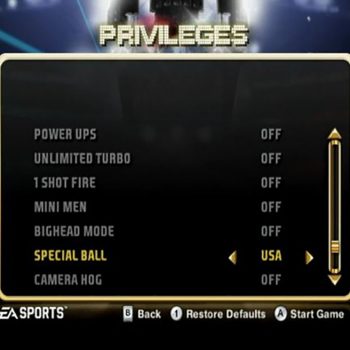 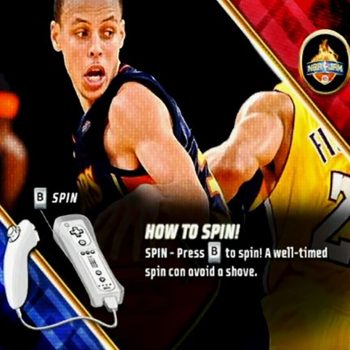 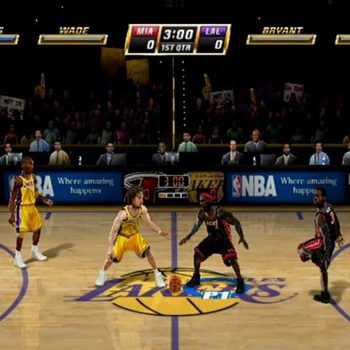 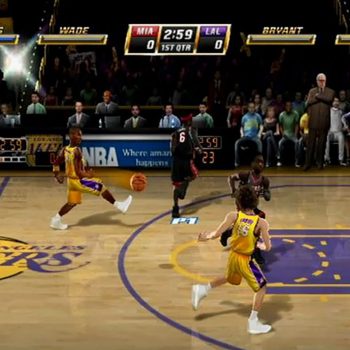 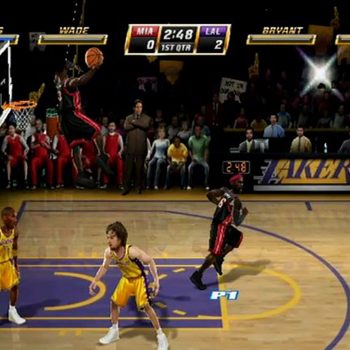 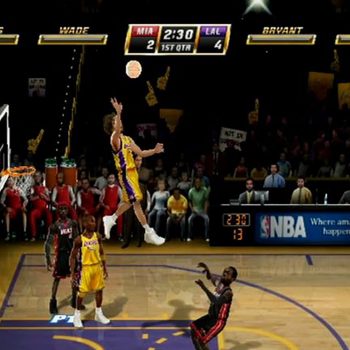 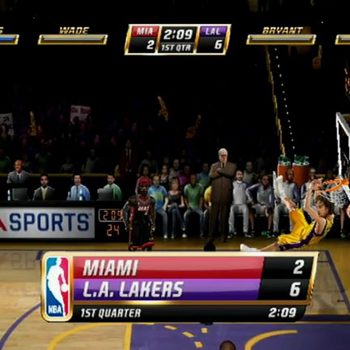 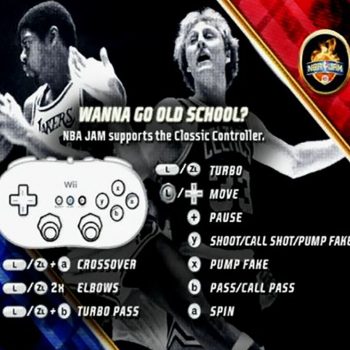