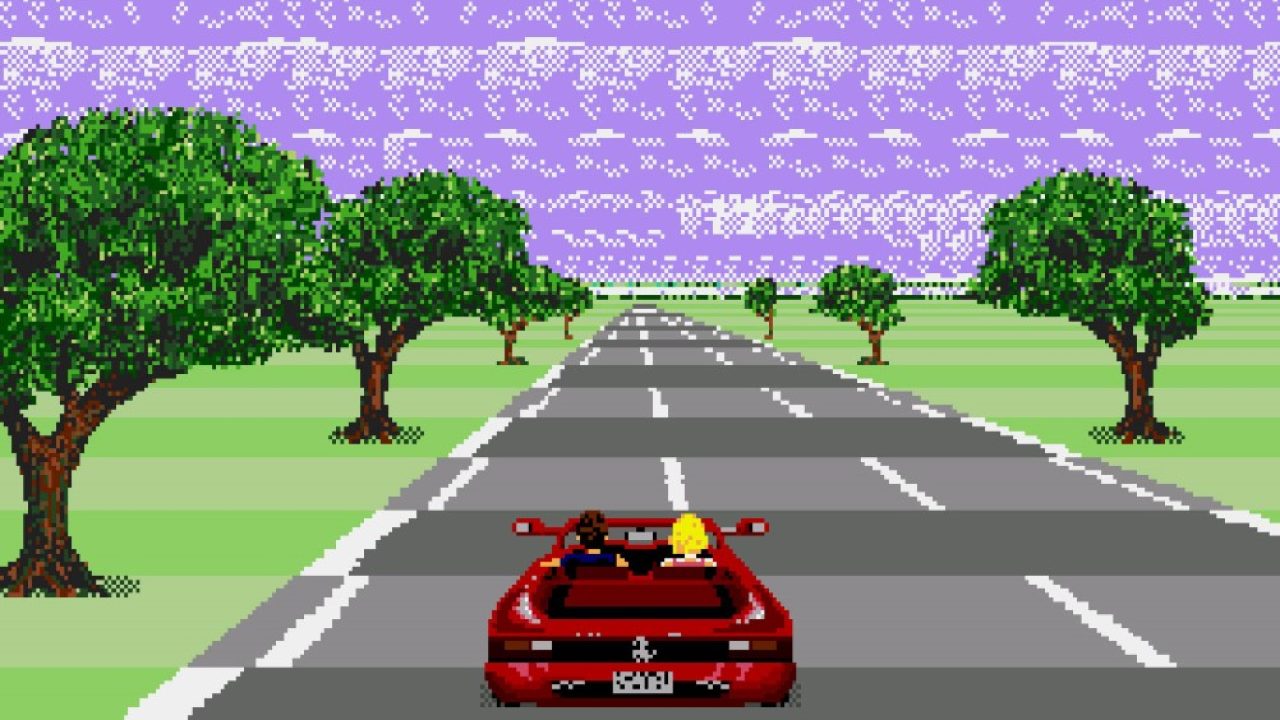 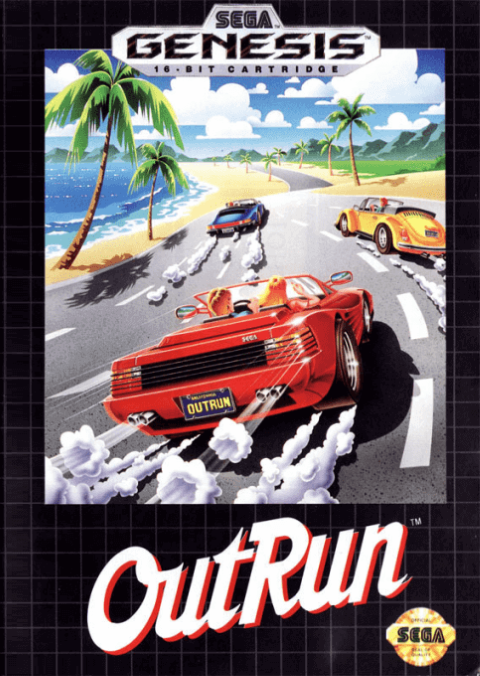 Out Run is a 3D driving video game in which the player controls a Ferrari Testarossa Spider from a third-person rear perspective. (From Wikipeida.)

That’s all you really need to know. The rest is icing on the cake.

Controlling the car onscreen, with a male driver and female passenger, you race in excess of 200mph speeds (with high and low gear shifts) while avoiding other cars and various obstacles in order to beat a timer and get to the goal.

The world map is split into “stages” and each has the timed checkpoint. After clearing a checkpoint, and near the end of each stage, the road forks left or right, giving you a new stage and style of scenery.

For as simple as this game is, the premise offers tons of replay as each stage is placed in a cliché locale (such as a desert) and it takes practice to master drifting through curves and accelerating just enough to beat the timer.

Each fork means a different path to one of five goals – also with their own style and ending. The variety makes you want to replay the game to the point of breaking controllers, but in a totally good way.

Of course, this version of Out Run is based on the arcade version, and while the Sega Master System and Sega Game Gear both had ports for the 1986 release, they were 8-bit consoles and no match for the Sega Genesis’ power.

The graphics and legendary soundtrack are timeless. And the controls are mostly tight – with the difficulty settings forgiving too. The 3-button layout on the Genesis is also perfect for braking, accelerating and/or changing gears using A, B, and C. (You can still crash, burn, and wreck, which is pretty damn awesome to see in the game – though the drivers are left unscathed from the wreckage!)

Starting the game shows you the wealth of variety in the game, as the title screen will swap to show some of the different locations you could drive through. An options menu is next and then onto the (then) revolutionary radio station swap, which allows you to choose which soundtrack will play during your… commute.

In the arcades, Out Run became Sega’s best-selling cabinet until the Virtua Fighter series released in the mid-90’s. The Genesis version is largely considered the best home version and thus, the one I went with. For anyone with a bit of racing nostalgia in their bones, this game aged very well.

You’ll still have some instances where you can’t make out what’s on the road ahead, forgivable due to the era, but the sense of speed, no stutter and responsive controls to master make this a classic that should be on any retro gamer’s list. 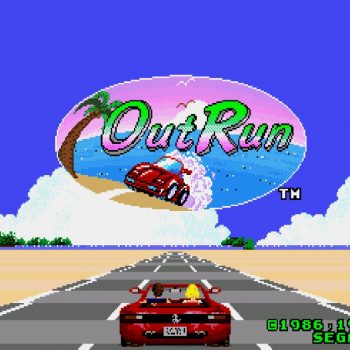 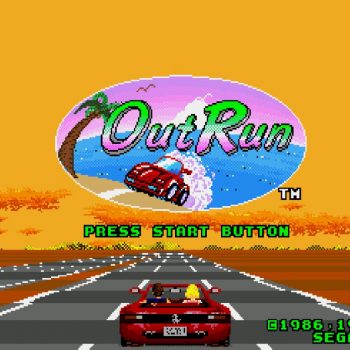 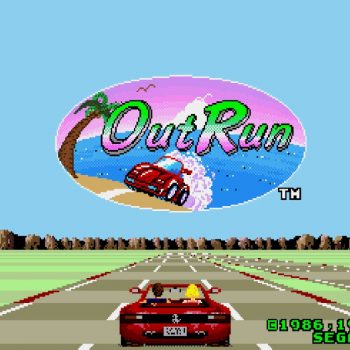 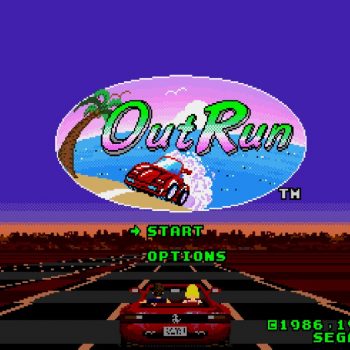 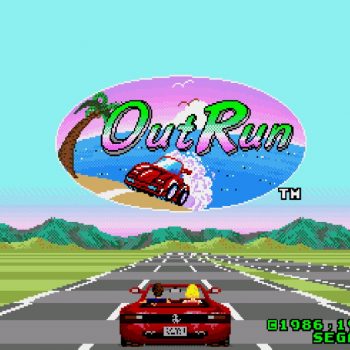 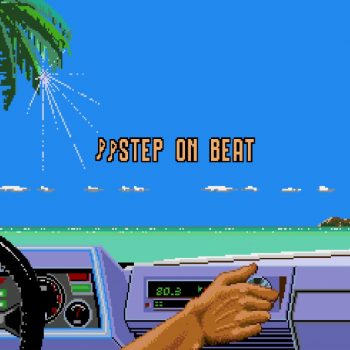 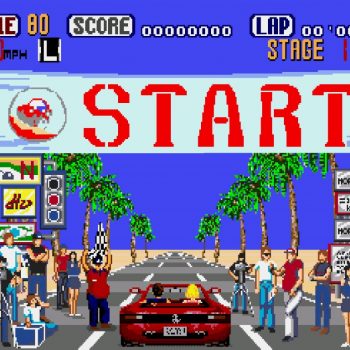 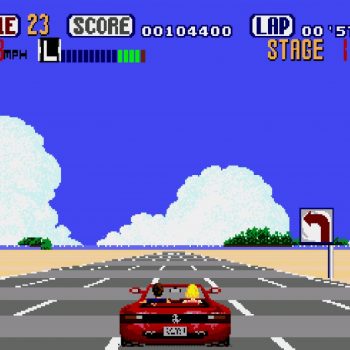 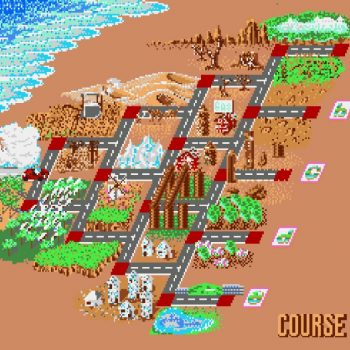 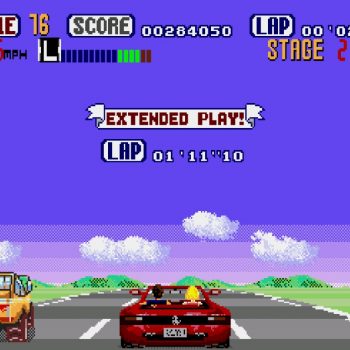 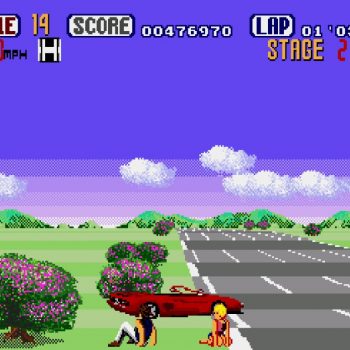 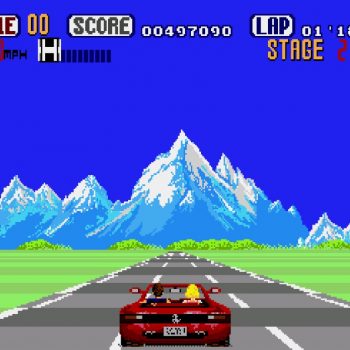 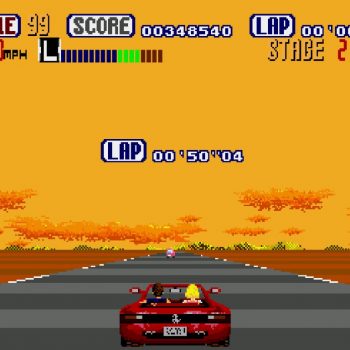 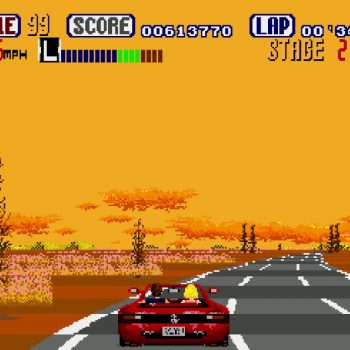 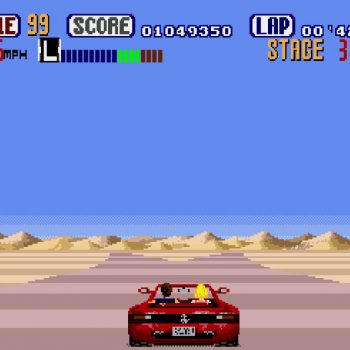 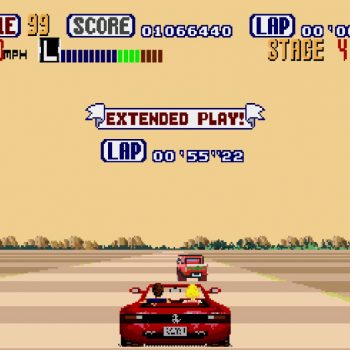 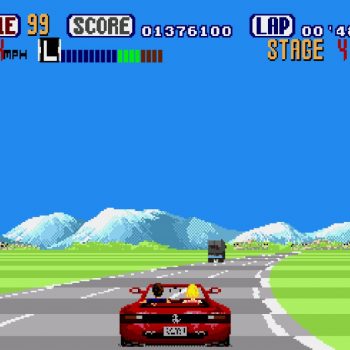 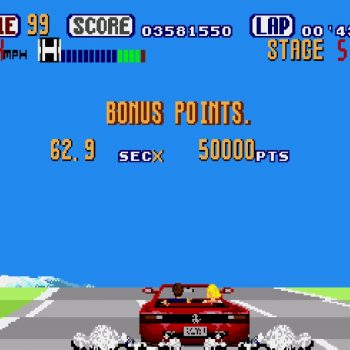 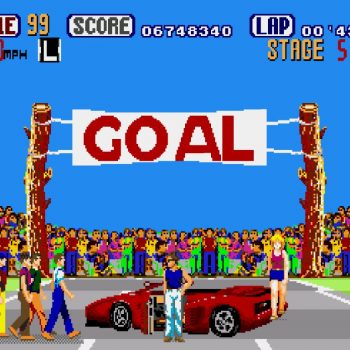 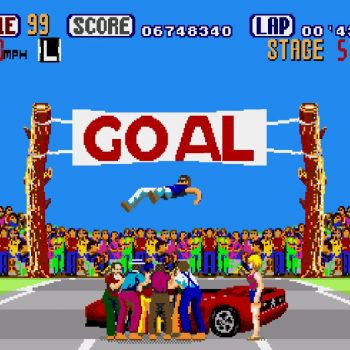 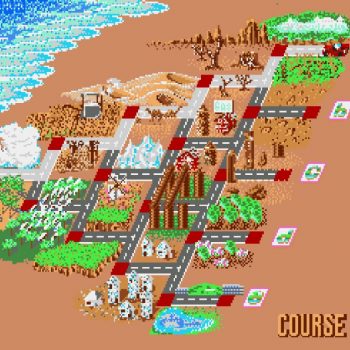 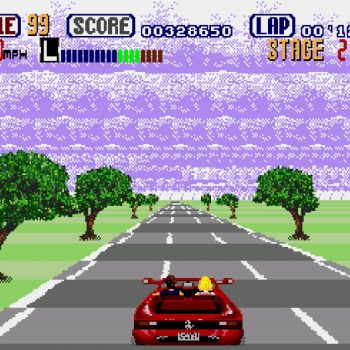 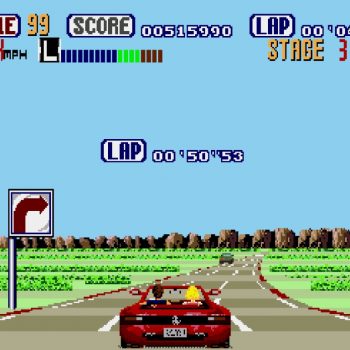 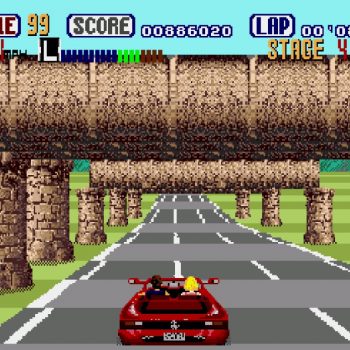 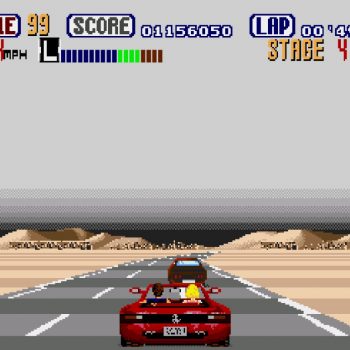 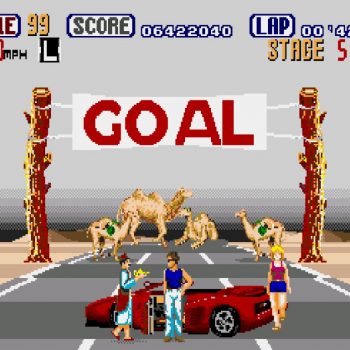