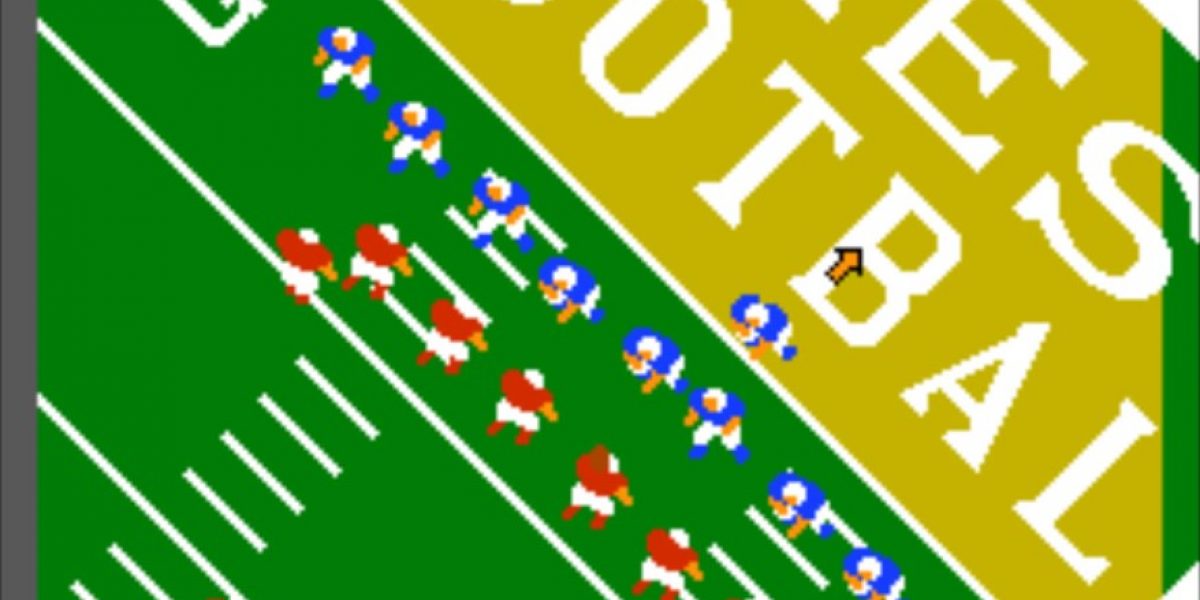 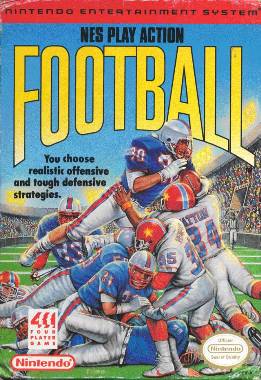 Hot on the heels of reviewing Madden NFL ’94, which introduced many of the staples of the Madden series still in use to this day (and the first to use an NFL license) I wanted to rewind to simpler times when another football game was groundbreaking with a lot of the things you’d see in that Madden title.

NES Play Action Football was one of the top sports games on the 8-bit platform, releasing around the time that the 16-bit consoles were just making waves. Japan would see the SNES in the same year that PAF was released (1990) while US gamers had to hold on another year.

In the interim, PAF brought about a lot of concepts that many casual gamers may have thought were Madden-only concepts. The first were crude audio blurbs, such as “hut, hut” from the quarterback or “first down” from the referee who appears on-screen.

The game is awkward, but also fun.

First of all, it was NFLPA licensed – which means, unlike Madden, that it had the real NFL players in the game. However, like early editions of Madden, it didn’t feature the real team names nor all of the league – Play Action Football only had eight teams!

The cool thing, however, is that you could not only play one-on-one against the computer or a friend, but this title was one of the few NES games that supported the “Satellite” add-on, which expanded games to be played by up to four players simultaneously.

Beyond the crude menus the game would kickoff with a catchy but repetitive background soundtrack, with the occasional audio hiss that would simulate fan noise in a stadium.

The angled “isometric” view crammed all 22 football players on the field at the same time, but I believe it is a similar “flicker” hack in much the same way Atari games skipped frames to get more images on-screen (by alternating frames where those characters are actually removed and then alternating them).

The zoomed out viewed shows all 11 players from each team until it zooms in before the play. That’s when the fun begins.

Play calling and execution are both a bit different than what you might be used to. One cool aspect is that PAF allowed you to obscure your play call from an opponent sitting next to you by using a controller combination to choose from one of eight plays – unfortunately that’s fairly limited (as shown in the screencaps below) but can be expanded by flipping the play on the next screen or choosing to run it “as selected”.

Flipping plays didn’t come to the Madden franchise until ’94…

Executing plays is something else when using a two-button controller. You hike the football and then wait an excruciating amount of time for players to move up-field. As you throw the ball, the computer changes you to the nearest receiver – where an arrow shows you where the ball is landing. Even landing on the arrow exactly never meant a sure catch, which is one of the more frustrating aspects of the game.

Besides the lack of running plays, playing defense can be a “thrill” as well. The computer lacks virtually any AI, leaving the dirty work to yourself. The B button is used for diving and the A button is used for a limited number of speed bursts – this is also true on offense. However, on defense, in order to switch defenders you must press B and A simultaneously, which often sleds to hilarious blunders as you dive, miss, and take players out of the play.

Each play is concluded with a photo of the NFL player, their name, attributes, and what the current play yielded. No other stats are tracked other than score, which shows on a scoreboard after each extra point attempt – which can also be a mess if you screw up the control scheme!

However, these games led to a lot of fun and forced players to use their own skills rather than lob a pass and allow the computer to dictate what happens. Interceptions and other turnovers were commonplace, and injuries were also built into the game.

In fact, you could substitute players at any time and they often ran low on “energy” as well: all features that would eventually find their way into the Madden series but were clearly ahead of their time for consoles.

In my review run I had subbed 49ers great Joe Montana for another legend, Steve Young, only to have Young get injured while attempting to leverage his scrambling ability.

I really felt like this game was too crude, but in all honesty, playing it again brought back some fond memories of fierce competition with friends. There’s no doubt this is one of the classic football video games that’s on a lot of childhood lists – and one that any retro gamer should definitely check out to see how far we’ve come (and how unforgiving those 8-bit games were!) 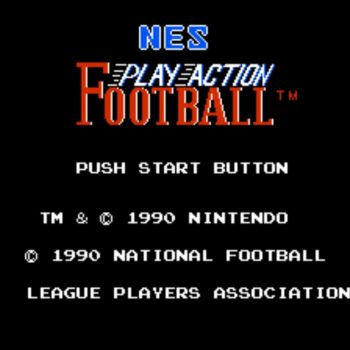 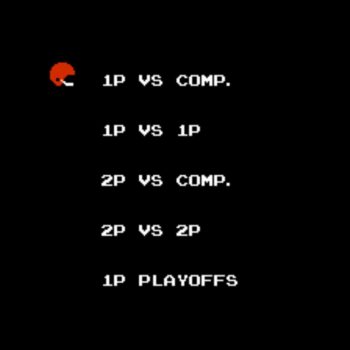 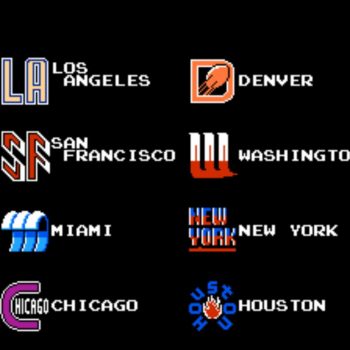 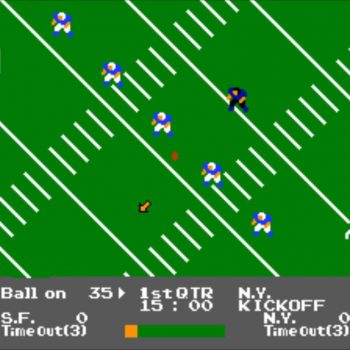 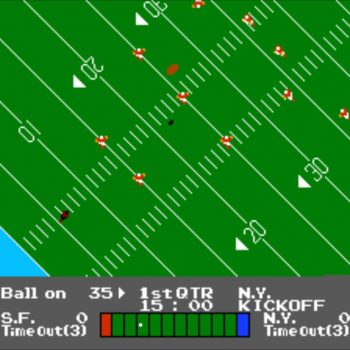 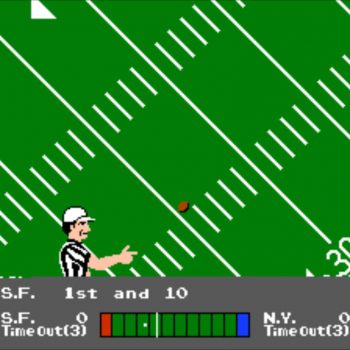 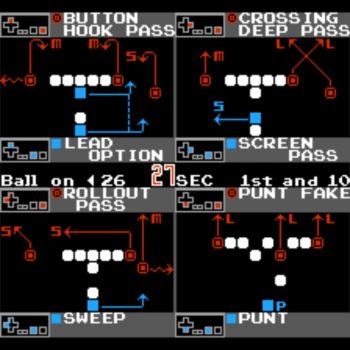 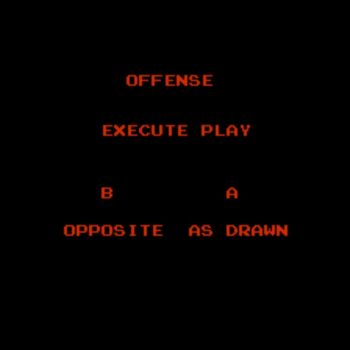 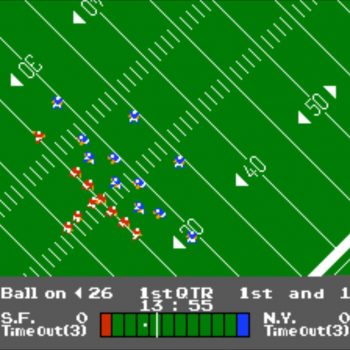 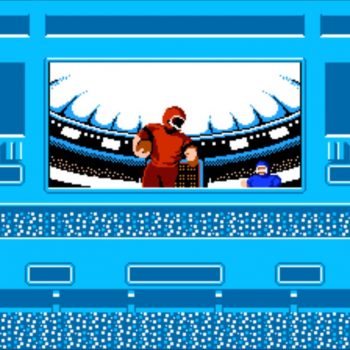 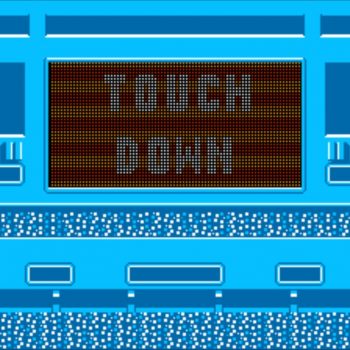 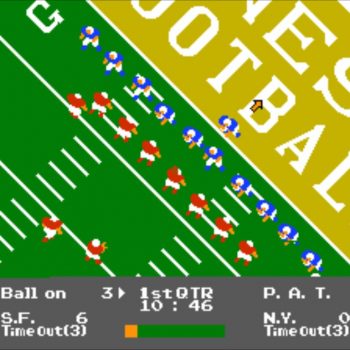 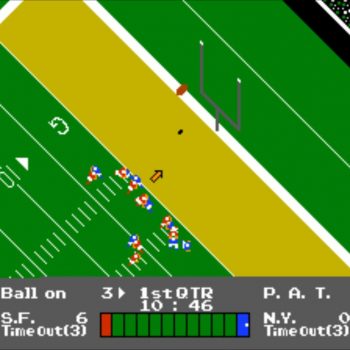 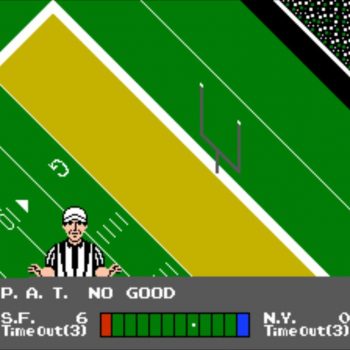 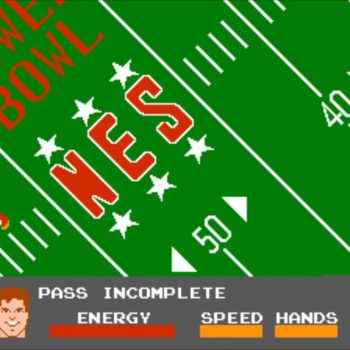 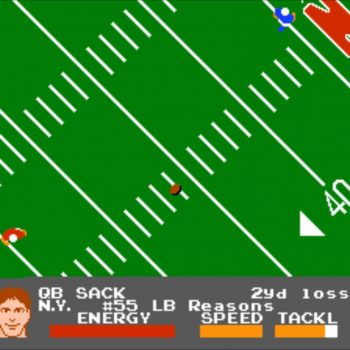 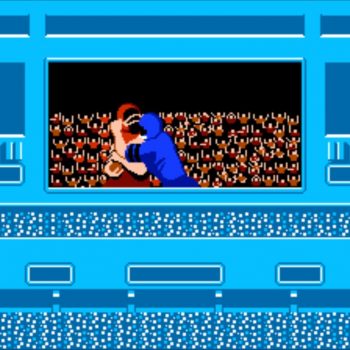 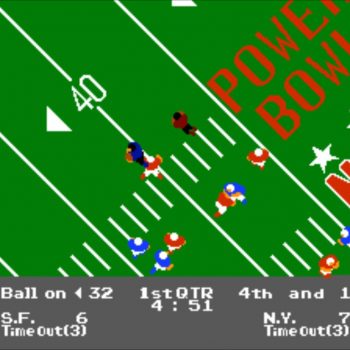 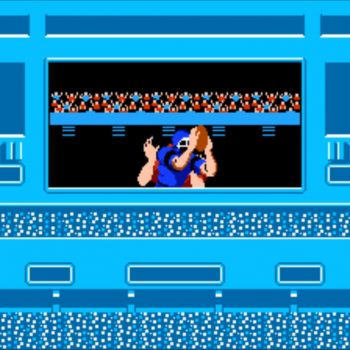 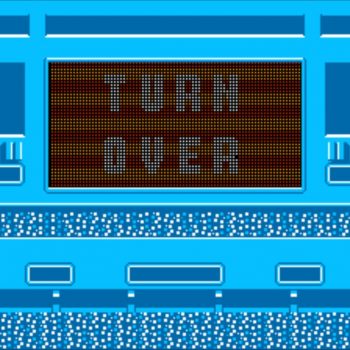 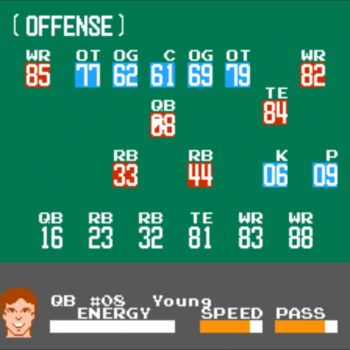 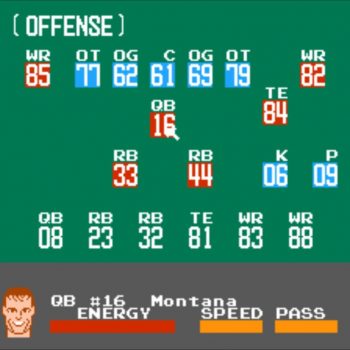 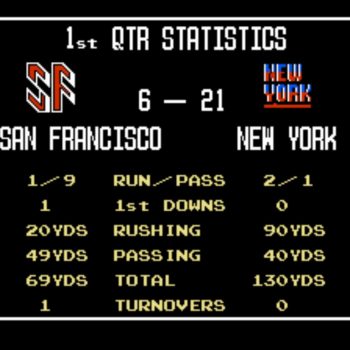 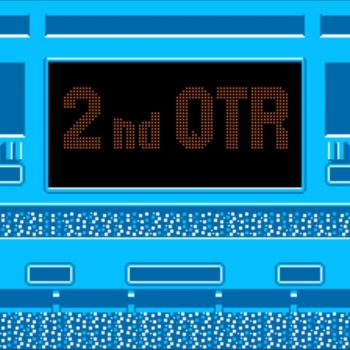 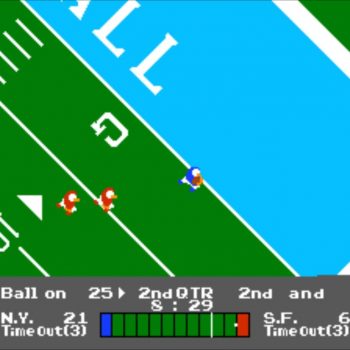 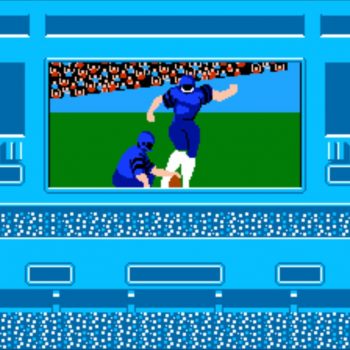 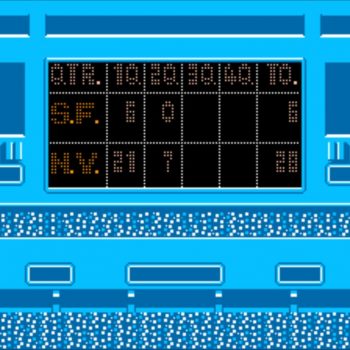